Cricket, arguably more than any other sport, encourages the collection of statistics, as any listener to the BBC’s ‘Test Match Special’ knows. Wisden, or The Cricketer’s Almanack, was first published as early as 1864 and has been documenting matches and calculating players’ averages ever since. The nature of the sport lends itself to the accumulation and analysis of data: not just batting or bowling averages, but also all manner of records – from most runs off an over to the fastest hundred by an Australian in his (or her) debut test in England. The BBC’s first TMS scorers or, better, statisticians, Arthur Wrigley and Bill Frindall, acquired legendary status for their meticulous record keeping and anticipation of records about to be broken.

It is, however, surprising to come across not only a Spanish cricket enthusiast in the late 19th century but one who compiled a book of cricket statistics devoted to an English county. The British Library holds a copy of Anthony Benítez de Lugo’s Surrey at the Wicket, which was printed in Madrid at his own expense in 1888. The full title is: Surrey at the wicket. A complete record of all the matches played by the county eleven since the formation of the club. Yearly and general batting and bowling averages with other informations [sic] interesting to Surrey cricketers. 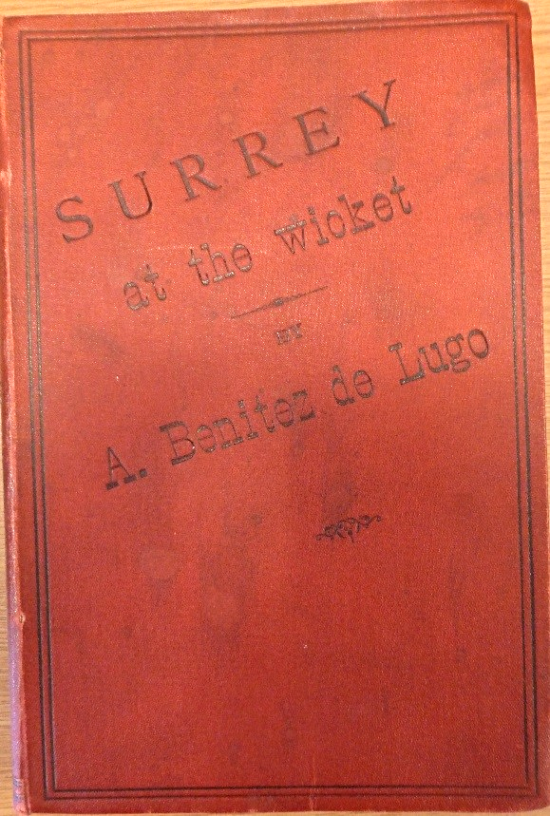 As the title indicates, the work documents the results of all matches played by Surrey, together with batting and bowling averages, year-by-year from 1844 until 1887. Surrey County Cricket Club was officially founded in 1845, but an 1844 match against the M.C.C. is included. Score cards are not included, which is initially confusing as the results tables always show Surrey as if batting first. Benítez de Lugo does not mention his sources of information. However, for the period after 1864 he would have had access to Wisden, and before that to press reports and to Frederick Lillywhite’s publications. The latter may have provided him with details of players’ height and weight. Most probably he had access to Surrey’s own records and, almost certainly, he kept records himself. 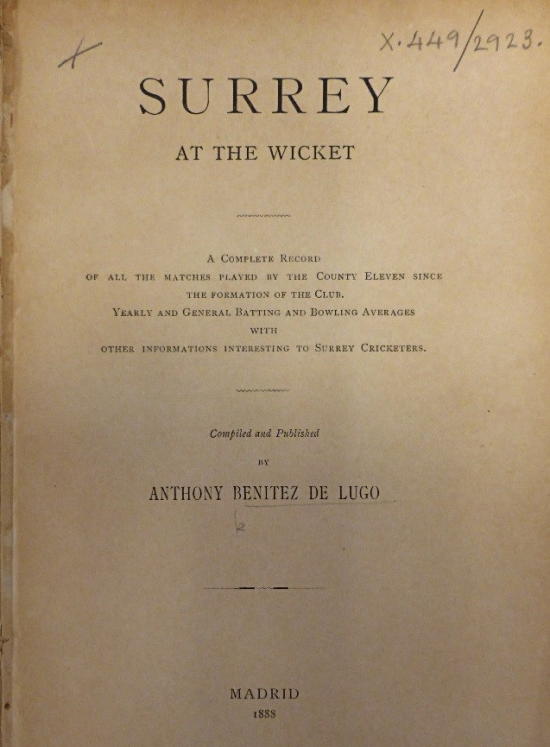 Title page of Surrey at the Wicket.

But who was our Spanish cricket enthusiast? He was born Antonio Benítez de Lugo y de la Cantera in Havana in 1857 and in 1893 he acquired the title of Marqués de Santa Susana, bestowed on him by María Cristina, Regent for Alfonso XIII, in recognition of his aunt Susana Benítez de Lugo’s charitable work in Cuba. However, it is not clear how he came to be interested in cricket nor when he began the compilation of statistics.

Benítez de Lugo went on to publish two further books of statistics, although sadly neither is in the British Library. The first, The Surrey Champion (1895), documented the career of the Surrey cricketer, Walter Read (1855-1907), who was most noted for a match-saving innings of 117 for England against Australia in 1884 when batting down at number 10. He also provided statistics for Read’s own Annals of Cricket (London, 1896; 07095.k.1), as Read acknowledged in his introduction: ‘thanks are due to the Marquis de Santa Susana for the exhaustive records of my own doings’ (p. 3). 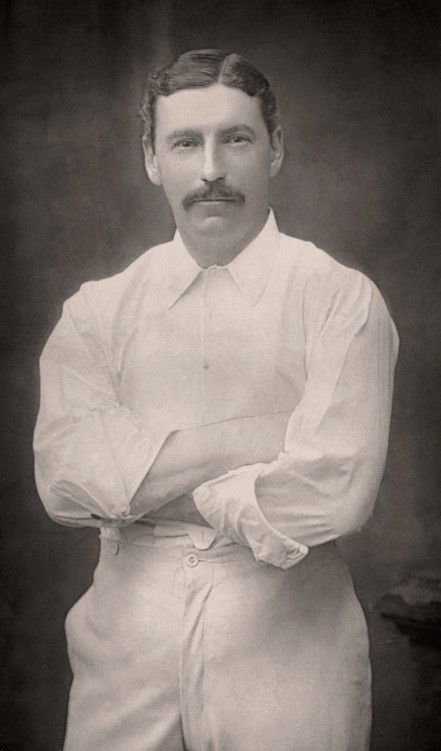 His final work, published in 1900, brought Surrey at the Wicket up to date down to 1899. His statistics were also deployed in the extensive Surrey Cricket. Its History and Associations of 1902, as is indicated by the acknowledgement ‘the whole of the statistics … are the work of the Marquis de Santa Susana’ (pp. v.-vi.). He is also described there as ‘one of the most enthusiastic followers of Surrey cricket’ (p. vi).

There are obvious gaps in this account. Keen followers of Surrey cricket and statisticians are invited to fill them in and to correct any errors.