Not many people have a good word for tobacco nowadays, but the Spanish physician Antonio Lavedán gives cases for and against all four commodities, collected out of authorities ancient and modern, in his Tratado de los usos, abusos, propiedades del tabaco, café, té y chocolate of 1796. 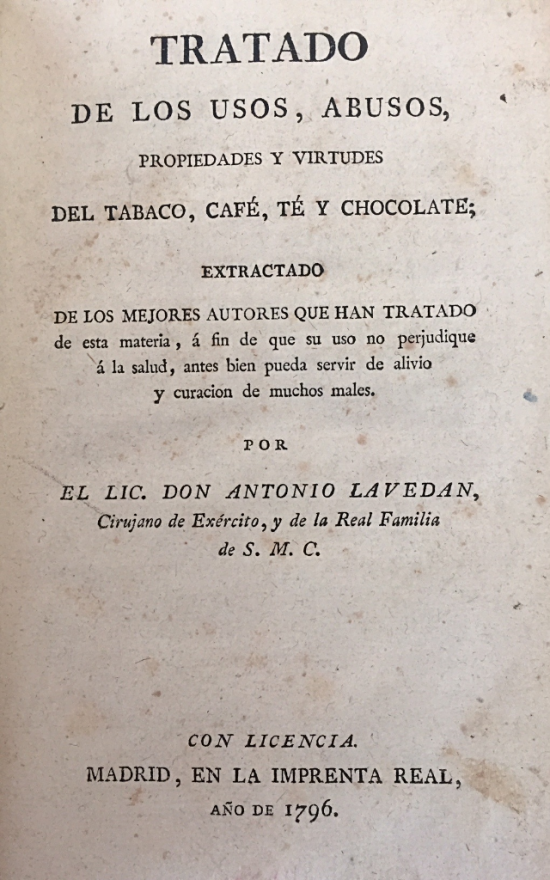 In favour of tobacco, he says it is a simple, that is a drug taken straight. He gives full details of how the Indians of South America take it. Some early authors say it was cultivated ‘for the delight of the eyes’; but the Inca Garcilaso says the Indians ‘took it through in powdered form to unload the head through the nostrils’ (p. 18). People of quality in the Indies take it in rolls called tigarillos (p. 22). It’s interesting that so great was the authority of Galen that Lavedán cites him constantly on the subject of a plant which he could not possibly have known (p. 42). The humours are still going strong in 1796: tobacco will benefit or harm a person according to whether his habitation is cold and dry (may be used in moderation); hot and dry (don’t touch it); cold and wet; or hot and wet (take as much as you like, as it will expel the humours). 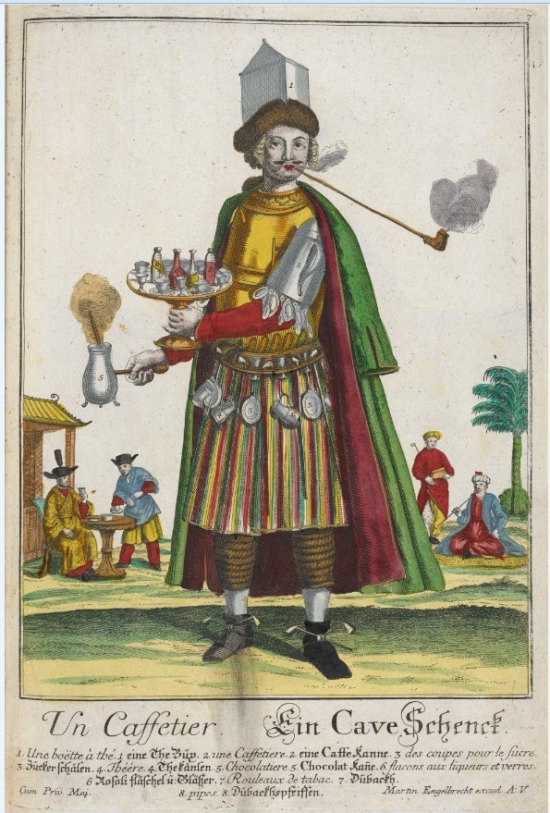 Now for coffee. It was virtually unknown in the West before the 16th century (p. 103). All agree it’s good for sedentary persons of weak condition; it destroys cold humours, strengthens the stomach, helps digestion and cures palpitations (p. 110-11). On the other hand, it’s bad for melancholy and bilious persons and older women (p. 116). It’s particularly bad for persons of letters, as it causes sleeplessness, tremors, and premature old age.

Tea is not as common in Spain as in England, Holland or the East Indies. Its effects are generally positive, though Lavedán says they are hard to prove (167). He describes an experiment in which some beef in steeped in water and some in a mixture of two teas: the meat rotted in 48 hours in the water; the meat in tea had not decayed after 72 hours (pp. 168-69). 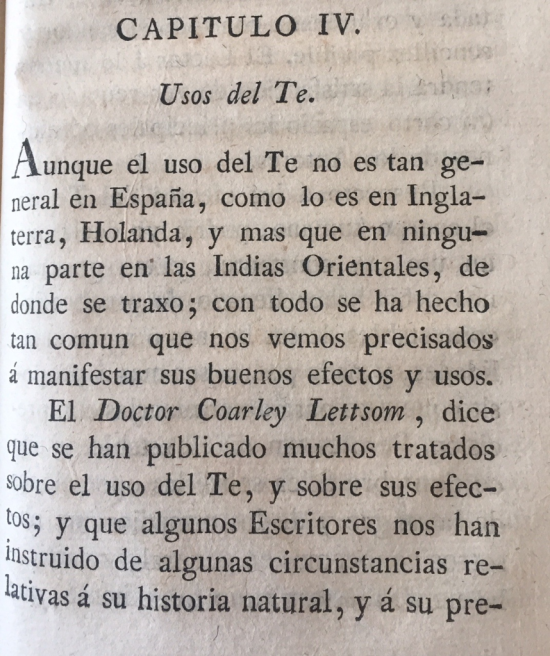 The opening of Lavedán’s chapter on tea.

The medical effects of chocolate are also controverted, but vary according to the humours of the patient, unumquodque recipitur admodum recipientis (p. 225). It is beneficial when taken in the morning (let’s remember we’re talking about drinking chocolate) but not later in the day, as it mixes with food (p. 223). Its effects are weakened by constant use (p. 228).

Humoral though he is, Lavedán is no moralist: his concerns are wholly medical.