Wuthering around the world: Emily Brontë in translation

It is a cliché in the world of publishing that nobody loves a one-book author, but one which Emily Brontë  proved wrong with a defiance wholly in keeping with her character. When Maria, the wife of the Irish-born clergyman Patrick Brontë, gave birth to her fifth child and fourth daughter on 30 July 1818, she also unwittingly contributed to a legend which would put the Yorkshire moors well and truly on the map and send hordes of tourists scurrying to the bleak and remote village of Haworth.

200 years later, the flood shows no sign of abating. The short lives of Emily and her siblings Charlotte, Branwell and Anne continue to capture the imagination of readers throughout the world, and their writings are studied by scholars, dissected as set books in schools and colleges, and devoured by those captivated by the fortunes of Jane Eyre or the passions of Heathcliff and Cathy. Still others know the Brontës’ works through dramatizations, films or Kate Bush’s ‘Wuthering Heights’; Emily Brontë’s novel of the same name, first published in 1847, would inspire operas by Bernard Hermann, Carlisle Floyd ([United States], 1958; 11792.bb.78) and, in French, by Thomas Stubbs to a libretto by Philippe Hériat (Paris, 1961; 11303.i.103), as well as a 1996 musical starring Cliff Richard as a somewhat unlikely Heathcliff.

Later novelists drew on them for fantasies such as Rachel Ferguson’s The Brontës went to Woolworths (Harmondsworth, 1940; 12208.a.1/245) and Jennifer Vandever’s The Brontë Project (London, 2006; H.2007/2870), while others wittily satirize the Brontë industry. In Milly Johnson’s White Wedding (London, 2012; H.2013/.5979) the sparky heroine Bel visits Haworth and is startled to discover Isabella’s Chilli Con Carne, Linton Trifle and Wuthering Heights Bakewell Tart on the menu in Cathy’s Café, while Charlie Rhymer, the narrator of Trisha Ashley’s Every Woman for Herself (Long Preston, 2002/2003; LT.2013.x.1215) and her siblings are the products of her eccentric father’s ‘breed your own Brontës’ project, designed to prove his theory that Branwell actually wrote his sisters’ works (it goes awry – his own Branwell turns out to be an expert on Amharic and Anne no meek governess but a feisty war correspondent).

Before any of this, however, the first medium by which Wuthering Heights conquered the hearts of readers worldwide was translation. The British Library holds a wide selection of versions in 13 languages, including Assamese and Burmese, Polish and Hungarian, testifying to the novel’s power to overcome the boundaries of space, language and culture. It shares this with the work of an author equally skilled in evoking the landscape of northern England on the other side of the Pennines – Beatrix Potter. Yet while the biggest hurdle facing Potter’s translators might be the unusual names invented for her characters, those attempting to tackle Emily Brontë’s novel are confronted with a major obstacle in the very first word on the title-page: how best to convey the eerie, haunting and very specifically Yorkshire nature of ‘wuthering’? Add to this the impenetrable dialect of the old servant Joseph, which many a native English speaker finds barely intelligible, and you have a challenge capable of reducing even the most skilful linguist to wails as despairing as those of Cathy’s ghost as she seeks to find a way back into her old home.

The names of the characters are less of a problem; they mostly remain as they are, with the only question being whether to leave Cathy and young Catherine, her daughter, with their original names or transform them into a Slavonic Katka and Kateřina Lintonová, as Květa Marysková does in her translation Na Větrné hůrce. 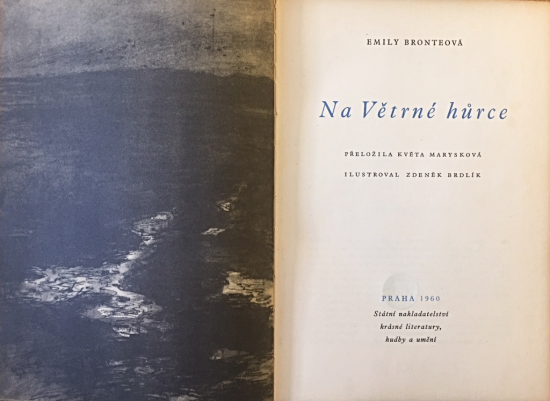 Above: title-page and frontispiece by Zdeněk Brdlík from Emily Bronteová, Na Větrné hůrce (Prague, 1960; YF.2012.a.25773). Below: a brooding Heathcliff by the same artist, pictured later in the book. 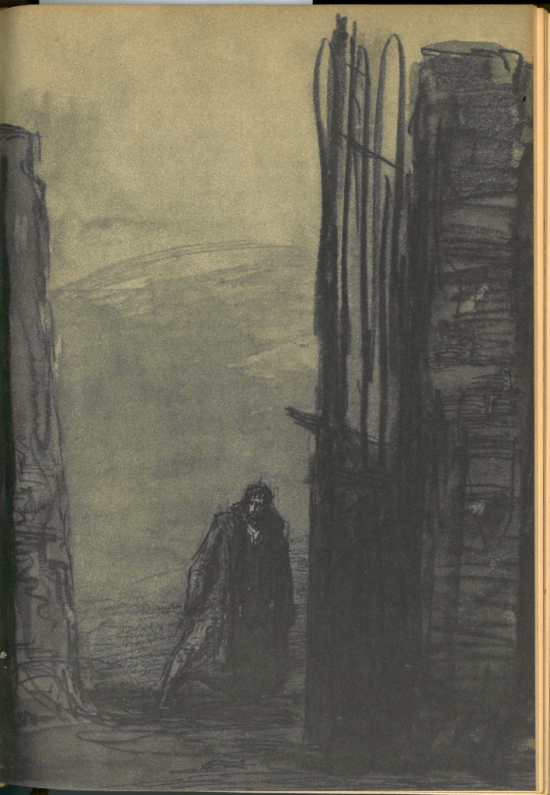 Marysková opts for a translation of the title which suggests the windswept nature of the landscape, something which is also conveyed by the stormy notes of the Russian Grozovoĭ pereval (Moscow, 1990; YA.1994.a.3286), the Italian Cime tempestuose (Milan, 1926; 012604.cc.1) and the Spanish Cumbres borrascosas (Barcelona, 1963; W23/2895).

None of these, though, achieves the splendid onomatopoeia of the French translation by Frédéric Delebecque, Les Hauts de Hurle-Vent (Paris, 1925; 012601.dd.23), although the ‘traduction nouvelle de Georges-Michel Bovay’ (Lausanne, 1944; YA.1994.a.8093) breaks off in a completely different direction with Les Hauteurs tourmentées – an allusion, perhaps, to the proud and stubborn spirits of Heathcliff and Cathy? This, however, proved too much for the more prosaic Dutch translator Elisabeth de Roos, who simply rendered the heights ‘desolate’ or ‘bleak’ (De Woeste Hoogte). 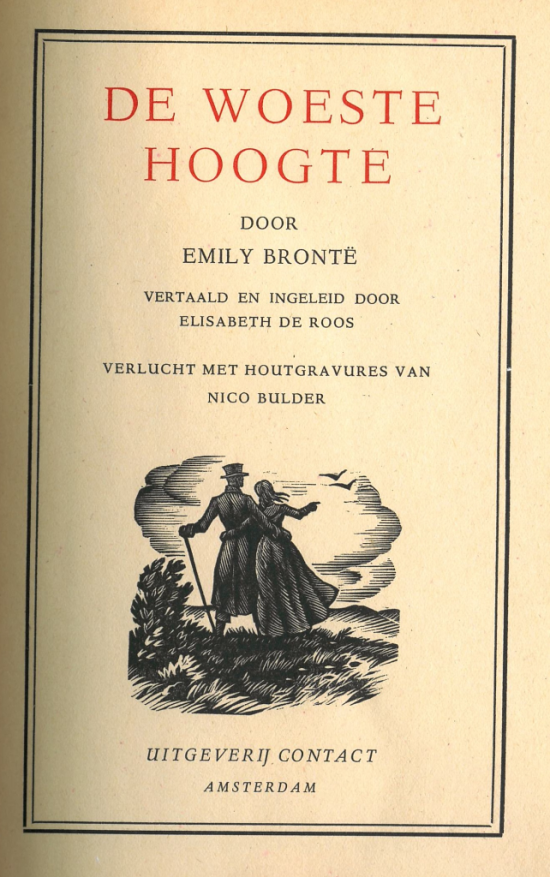 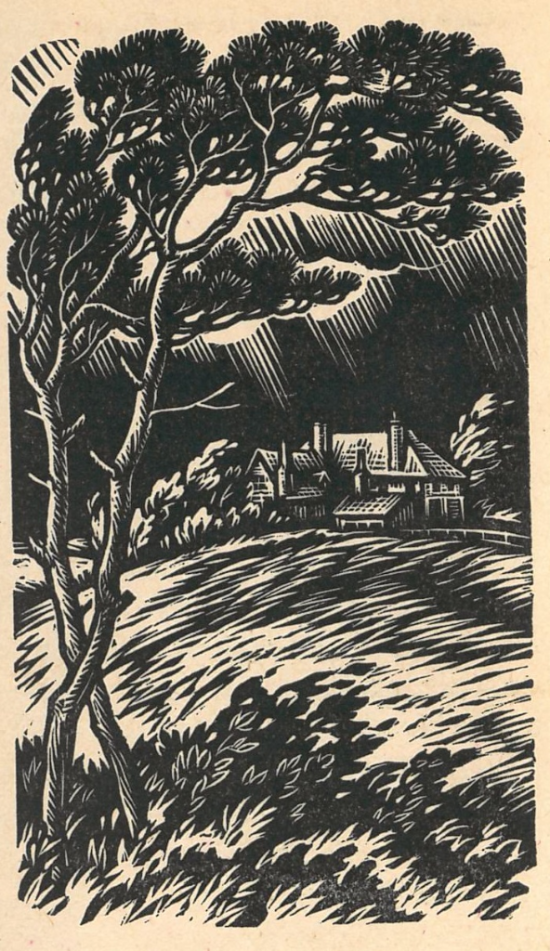 Fittingly, in view of the Brontës’ Irish ancestry, the British Library possesses a copy of a translation into Irish by Seán Ó Ciosáin which very sensibly interferes with the title as little as possible: 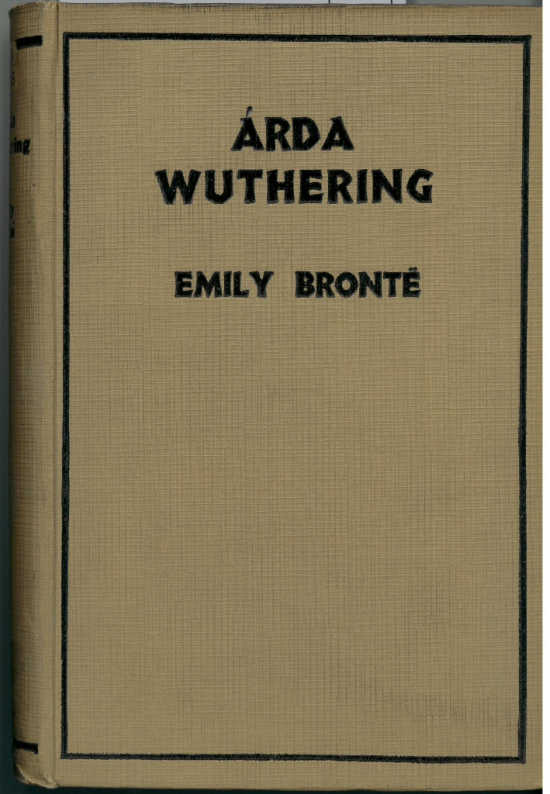 It may be that the exigencies of attempting to grapple with the title or render Joseph’s Yorkshire fulminations comprehensible in plain language (‘Honte sur vous! Asseyez-vous, méchants enfants!’) left translators with little energy for the flights of fancy inspired by another Brontë sister’s most famous creation  but with the British Library’s Translating Cultures study day on the French Caribbean coming up  it is worth noting that in her novel La Migration des coeurs (Paris, 1995; YA.1996.b.3850) Maryse Condé transposes the story of Heathcliff and Cathy (Razyé and Catherine Gagneur) to her native Guadeloupe. It bears the dedication: ‘À Emily Brontë qui, j’espère, agréera cette lecture de son chef-d’oeuvre. Honneur et respect!’ – a sentiment surely shared by Emily Brontë’s readers, translators and admirers throughout the world on her 200th birthday.