A Bohemian bicentenary: Václav Bolemír Nebeský and the Národní Muzeum

It is a truism that in choosing a name one should consider whether it is likely to date – how many Kylies approaching their mid-thirties regret being given one which marks them out as children of the early 1980s? A similar phenomenon could be observed in Bohemia in the early 19th century – but with an unusual twist. Many parents who had presented their offspring for baptism with such solid Czech names as František, Josef or Magdalena must have been perplexed when their growing sons and daughters announced that they would no longer use these but in future preferred to be known as Ladislav or Dobromila. Far from being new-fangled inventions, their choices were drawn from the ancient Czech chronicles and legends and simultaneously stated the bearer’s identification with the Bohemian nation’s glorious past and rejection of alien (i.e. German) cultural influences.

Young Václav Nebeský was such a one. Born on 18 August 1818 on the Nový Dvůr estate just north of Kokořín, he was given the name of the king who became Bohemia’s patron saint (‘Good King Wenceslas’), but even that was not patriotic enough for him. He went to high school in Litoměřice, where he proved a gifted student who learned Greek and Latin with ease and went on to study in Prague at Charles University. This was a time when the National Revival was in full swing, and under the influence of its reverence for Bohemian history he decided at the age of 20 to adopt the ultra-Slavonic Bolemír as a second name – a statement all the more emphatic in confirming his sympathies while he was living in Vienna after graduating. 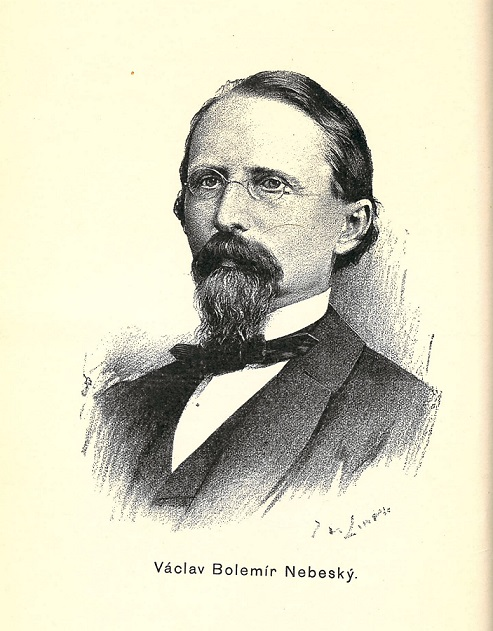 Like many talented young men without private means in those days, he earned his living as a private tutor. This could involve occupational hazards such as those experienced by Friedrich Hölderlin – being treated like an inferior servant or becoming emotionally entangled with the lady of the house – but Nebeský was more fortunate. He secured a post in the household of Jan Norbert z Neuberka (Neuberk), who in 1841 had become president of the Národní Muzeum. This National Museum had been established in 1818 by the nobleman and palaeontologist Kaspar Maria, Graf von Sternberg, whose letters contain frequent but unsuccessful appeals to his friend Goethe to visit Prague. Nebeský had already made a wide circle of friends among the generation who would lead the National Revival, both in literature and politics, including the dramatist Josef Kajetán Tyl, Karel Jaromír Erben, whose Kytice remains one of the best-loved works of Czech poetry, the poet and journalist Karel Havlíček Borovský, and Karel Sabina, who provided the libretto for Smetana’s Prodaná nevešta (The Bartered Bride), but was also a notorious police spy. Life in the Neuberk household introduced him to still more eminent figures and helped to develop his political awareness in a practical direction. 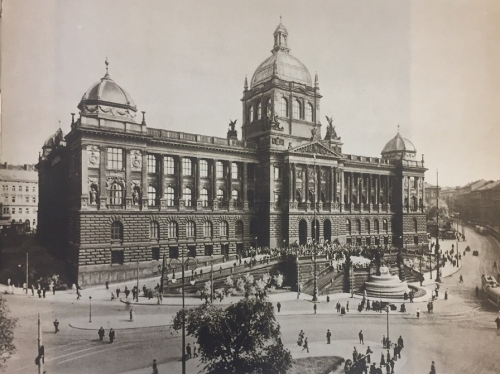 In his early twenties Nebeský had already begun to publish poems in almanacs such as Česká Vcela (The Czech Bee) and Vesna (Spring). His great success came comparatively early with the publication in 1844 of Protichůdci, a long poem whose title is difficult to translate but conveys the sense of ‘those who go against the grain’ or in a direction opposed to conventional ideas of progress, as exemplified by its protagonist, the world-weary Wandering Jew Ahasuerus. 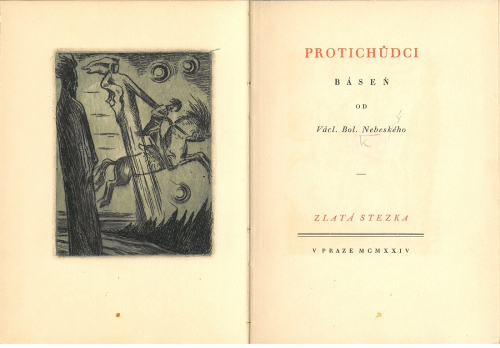 He was also an exceptional translator, and his classical training enabled him to produce fluent and highly readable versions of authors including Aeschylus, Aristophanes, and Plautus’s Captivi (Pleníci; Prague, 1873; 11707.b.5.). Indeed, he was heard to say that he often wished that he had been born a modern Greek, a desire which led him in 1864 to publish an anthology of Greek folk-songs in his own translations, Novořecké národní písně. He also brought out a similar collection of Spanish romances, Kytice ze španělských romancí (Prague, 1864; 11452.b.9). 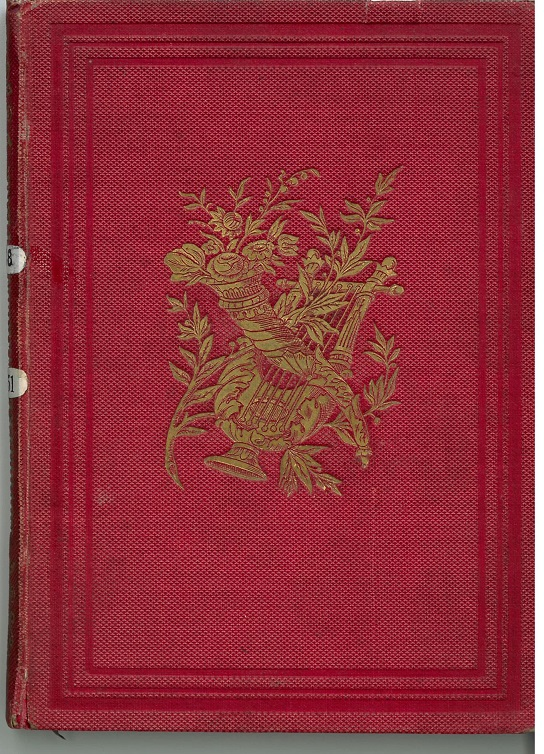 At the same time, Nebeský was involved in many areas of public life. During 1848, the Year of Revolutions, he was politically active and was elected to the Austrian Parliament; the following year he qualified as a university lecturer in Greek and Czech literature, although he never exercised this function professionally. In 1850 he was appointed editor of the Museum’s journal Muzejník, and the following year he became Secretary of the Museum itself, continuing in office until ill-health forced him to step down in 1874. 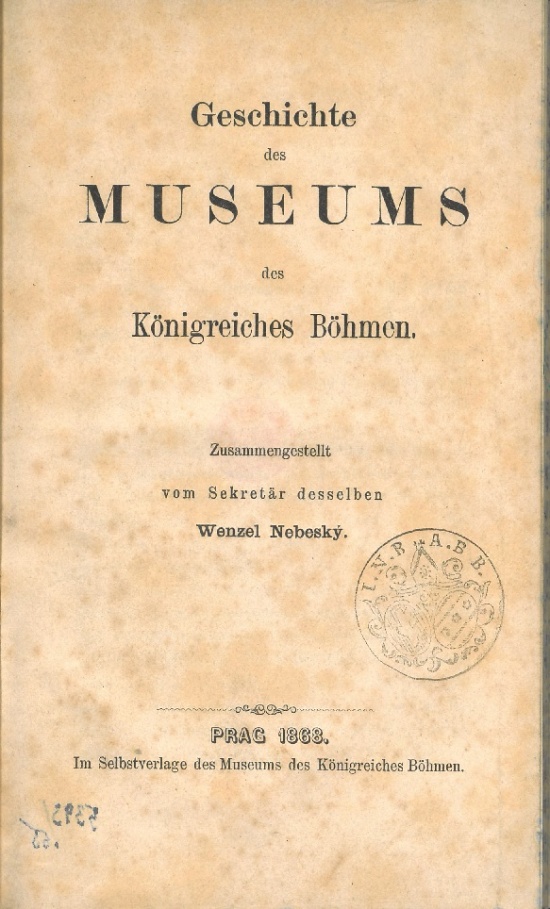 Nebeský married comparatively late in life, in 1859, but before then he had had a close relationship with another of the National Revival’s most beloved authors, Božena Nemcová (1820-1842), best known for her novel Babička (1855). Unhappily married, she found an outlet in her friendship with Nebeský, with whom she shared not only literary but patriotic interests. Her tomb is close to the gates of Prague’s Vyšehrad cemetery where many of the great cultural figures of 19th-century Czech cultural life are buried, and when he died on 17 August 1882, the day before his 64th birthday, Nebeský himself was laid to rest nearby in the company of Karel Hynek Mácha, the poet whom he so much admired, and many of the friends who, with him, had done so much to shape their country’s future.