A diary as a form of art: Jiří Kolář

The Czech poet, writer and artist Jiří Kolář (1914-2002) does not need a long introduction. He was one of the most prominent figures of the Czech avant-garde of the 1950s-70s and along with Ladislav Nová, Bohumila Grögerová, and her partner Josef Hiršal, one of the four founders of post-war Czechoslovak experimental poetry. Given his aesthetic views it is not surprising that Kolář, like many Czechoslovak intellectuals who lived through the communist regime, was a signatory of Charter 77 .

Having published his first collection of poems Křestní list (‘Birth Certificate’; YA.1996.a.15846) in 1941, by the mid-1950s Kolář started exploring new potentials of lyrical forms, reducing verbal expression to a bare minimum and concentrating on the capacities of visual expression. By the 1960s he developed his unique artistic style, using collage that would incorporate text as well as images as his main medium. 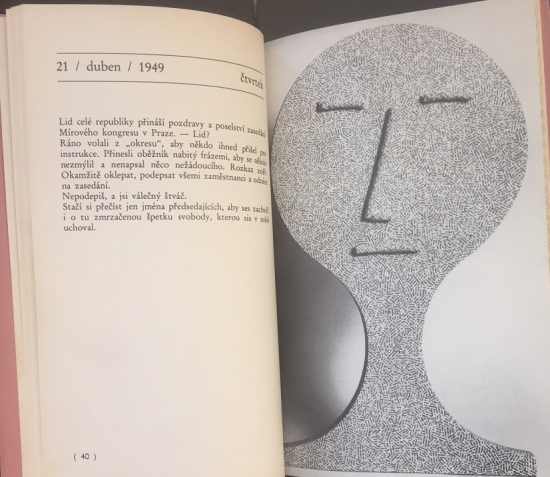 Having lived through all the major historical events with his nation, Kolář was very sensitive to them. Czech and Slovaks shared the turbulent history of Europe in the 20th century by marking it with events that were for some reason seemed to happen in the 8th year of decades: gaining independence in 1918, losing it to Nazi Germany in 1938, falling under the control of the Stalinist USSR in 1948 through a communist coup d’état, and unsuccessfully trying to shake off Soviet dominance in 1968. This strange coincidence makes this year extremely memorable for the Czech and Slovak republics. Only the Velvet Revolution of 1989 does not fit this pattern, but this means that we will have the whole of next year to dedicate to this great achievement.

It is especially interesting to note how the poet and artist developed a special interest in diaries and was meticulously devoted to this form. One of his critics observed that “considering Kolář’s permanent, insatiable thirst for facts, his undying passion for documenting the true pace of events and the truthfulness of impressions, we must admit that this autobiographical nature, this diary principle, committed to factography, permeates both his work and his deeds”. And this is very true. Kolář documented the year 1949, the beginning of the communist rule with a literary diary in verse and prose called Očitý svědek: deník z roku 1949 (‘Eyewitness, a diary of the year 1949’). 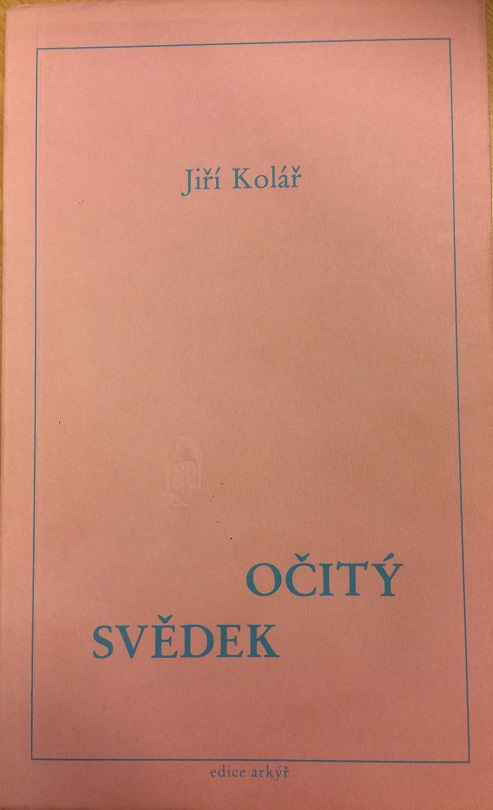 The diary of the artists’s thoughts and emotions gives the readers the most faithful and honest impression of the time. On 11 July 1949 the diary entry begins:

Mě udolají snadno, neumím lhat, podobám se už červu, kterého přepůlili jen tak, pro podívanou a svíjím se. (I’m easy to destroy, /I cannot lie, / I’m like a worm, / Who was cut just so / for the show, and I’m curdling, / the soul is separate from the body).

In 1968, Kolář expressed himself through a series of 52 collages (one per week) that became an amazing artistic document of the year leading to the Prague Spring and its aftermath. 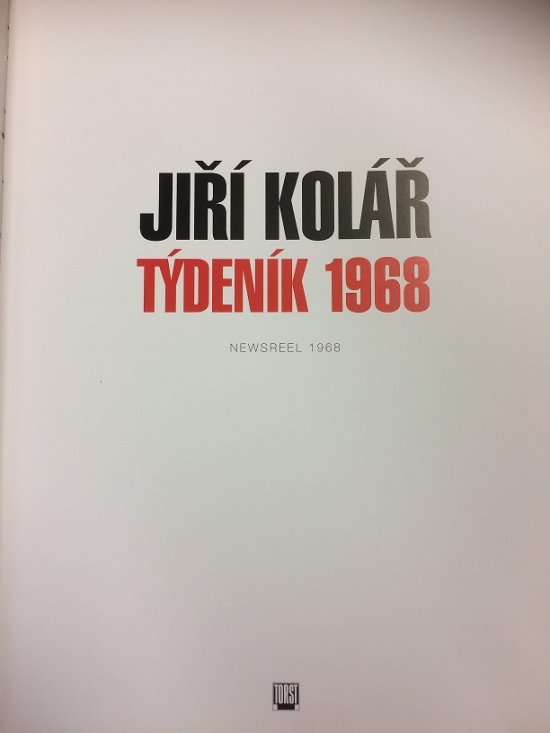 The book is in a way a political pamphlet and reflects life in all its hectic variety, for example:

Week 2: Each day in the new year is a puzzle. Especially when one’s head is in a wire.
Week 10: Antonín Tomalík (a Czech artist) is Dead
Week 15: A liquid triumph of death [is] available at every crossroad. Take your pick!
Week 27: Homage to Ingres … or, the banner of a students’ revolt.
Week 39: Birthday. I was born in the First World War and guns have not fallen silent since.
Week 48: A week of Hands. A rejected hand often turns into a clenched fist.
Week 52: A Face of 1969. Alas, I am a poor prophet – and Utopia? Old men used to usher the world into Paradise. Our masters have long been drowned in mud.

The diary that documented the 1980s is Kolář’s correspondence. The two-volume publication of his letters Psáno na pohlednice (‘Written on postcards’) has the subtitle ‘correspondence in the form of a diary’, as it contains postcards that were sent every day over several years from Paris, where Kolář lived in exile, to his wife in Prague. 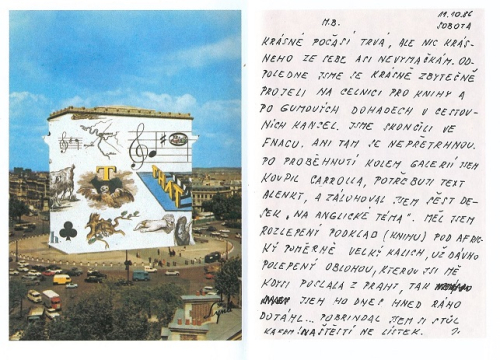 More books by Jiří Kolář, material about him and catalogues of his works can be found in the British Library catalogue and consulted in the reading rooms.