“Buried at his feet”: Fanny Susan Copeland, Triglav and Slovenia

August 26 2018 marked the 240th anniversary of the first successful ascent of Triglav, the three-headed mountain that has become a national symbol of Slovenia and a striking part of its flag. This was one of the earliest ascents in the Alps, several years before anyone made it to the peaks of Mont Blanc or the Matterhorn. 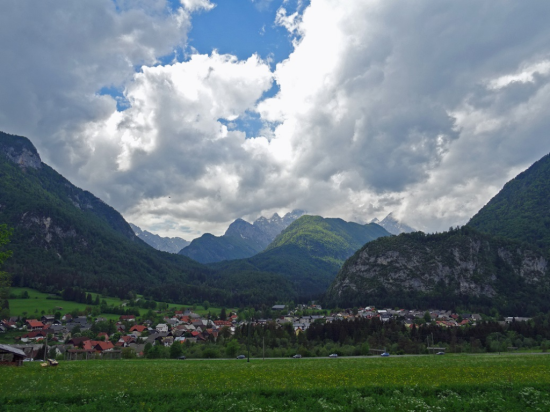 View towards the Vrata Valley and Triglav from the village of Mojstrana. (Photo: Janet Ashton)

Triglav has been a magnet for mountaineers ever since, its relatively modest height of 2,863 metres attracting people of even limited experience – some of whom take unacceptable risks in scaling it.

One of many foreigners who were drawn to the mountain was a Scottish woman, Fanny Susan Copeland (1872-1970), who moved to Ljubljana in 1921. She would climb Triglav several times, including one snowy New Year’s Eve, when she joined a couple of students who had accepted a bet of a stick of chocolate that they dare not do it! Most remarkably, she made her last ascent in 1958 at the age of almost 87. 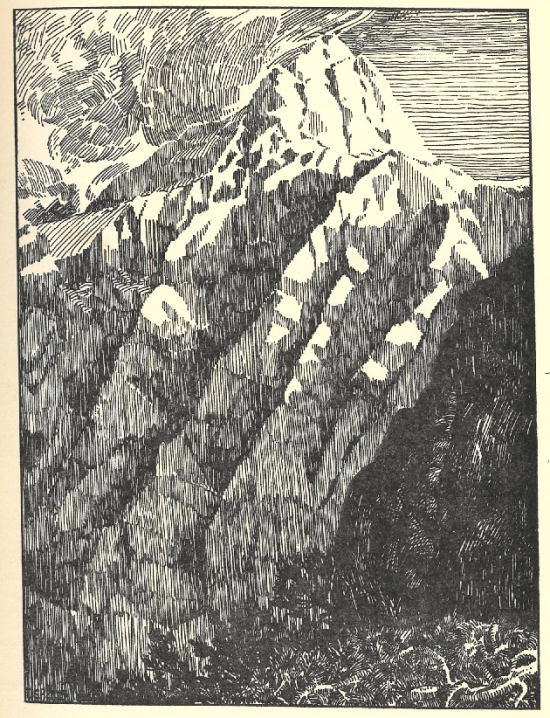 Fanny Copeland was a linguist, musician and journalist who left an unhappy marriage to become a translator working for the exiled Yugoslav Committee  in London during the First World War. Her own early writing echoes the ideology of that body, which was intent on establishing an independent state by uniting the south Slav people of the Austro-Hungarian Empire and the Kingdoms of Serbia and Montenegro, with whom they were currently at war. It had the ear of the liberal Habsburg dissident and future Czechoslovak president, Tomas Masaryk, and greatly influenced Allied attitudes to the future. Copeland delivered lectures on the fate of the besieged “Women of Serbia” and spoke rather crudely of south Slav people as a single entity: “a race which lives in a land which stretches from the Carinthian Alps … to the heart of Macedonia – and from the Danube … to the rock-bound coast of the blue island-studded Adriatic”, attributing to all “but one language … correctly called the Serbo-Croatian tongue … one tradition of the past and one hope for the future.” 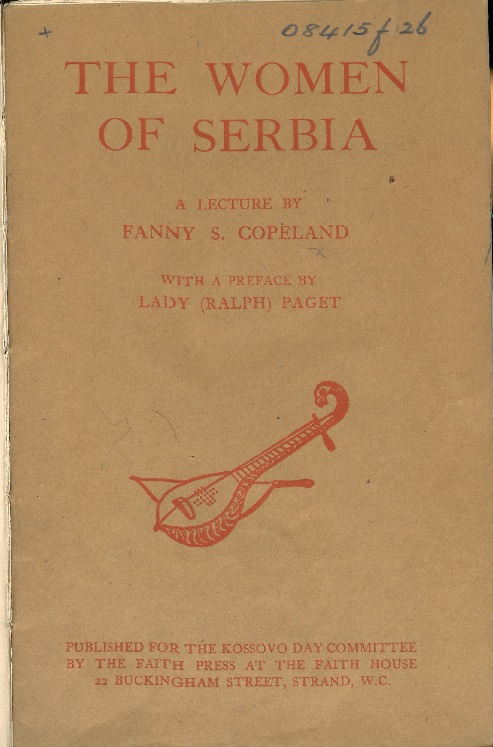 Not long after this, however, she translated Bogumil Vošnjak’s Bulwark against Germany, an in-depth study of the particular position of the Slovenes. When the war was over, she visited the new-minted Yugoslavia for the first time, and settled in Slovenia, drawn by a post teaching English and by mountains which seemed to remind her of Scotland. 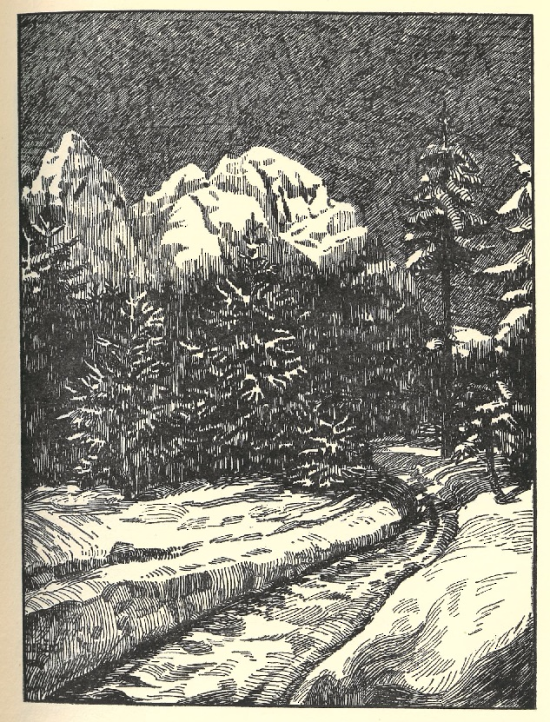 The Kot Valley, from Beautiful Mountains.

Copeland believed strongly in Yugoslavia and was certainly no Slovene separatist, but she soon developed a more subtle knowledge of the distinct culture and language of the country’s most northerly nation, and was one of the first people to write a lot about it for English-speaking audiences, keen to attract visitors to her beloved mountains. In the 19th century, the provinces that became Slovenia were often dismissed by foreign observers and pan-Slavs as “part of the hereditary Habsburg lands” and therefore too complex a case for their future to be considered alongside that of other Slavs. By the 1920s, with the Habsburgs gone, this had been replaced by a tendency to classify the Slovenes as a branch of the “Serbo-Croatian” people, who ought to act according to current notions of what that meant. Generally, the more “Russian” a nation seemed, the more truly Slavic it was deemed by British scholars. The traveller and writer Stephen Graham for example, loved Serbia passionately, but wrote mockingly of Slovenes who spoke German to tourists, claiming they did it not to be understood but “to show they are cultured” and “not barbarians from the Balkan peninsula” like many of their new compatriots. He smelt “the pleasant odour of old Austria” in Slovenia’s resorts, but could not acknowledge the legacy of a thousand years of shared history and culture as anything other than a pretension. 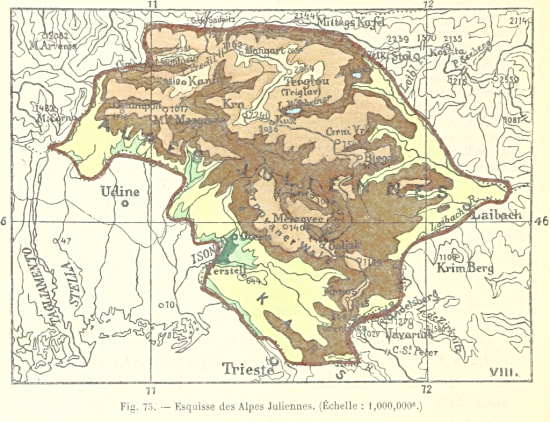 Fanny Copeland, however, was amused by and instinctively sympathetic to the differences she soon detected between the south Slavic nations she had previously thought of as “one.” She envisaged the Slovenes as the backbone of the nation, more practical and pragmatic than their southern neighbours. “The Slovene regards the Croat much as a Scot regards the Sassenach,” she wrote: the mountains, in both cases, were a decisive factor. Her Slovenian friends blamed their neighbours for any disarray or damage they found in the mountain huts on their climbs to Triglav, and gently mocked Croats for setting out with pet dogs or in unsuitable footwear. 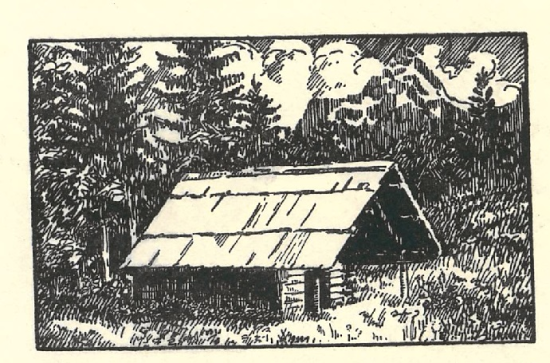 A mountain hut, from Beautiful Mountains.

Fanny Copeland’s writing on the Slovenian Alps is immensely evocative and close to anthropomorphic in places. Love them and take risks with them as she did, she never failed to convey the dangers posed by the mountains. Writing of the Vršič Pass, a former military road built in 1916 by Russian prisoners of war, she spoke of “a fine road, well-built and skilfully laid out, with bridges and culverts, winding, twisting and looping like a snake – and white as dead men’s bones … All along its course, the loveliness of an alpine world unfolds its splendours, each picture fairer than the last … But it is a Sorrowful Road, built by … wretched aliens, driven and starved. Russians, sons of the boundless plains … penned here in the narrow pass between awful mountains … this road was the rack on which they suffered and died… As I walk up it in the dusk, I listen for the sobbing of its stones.”

Over the Pass looms the mountain Prisank or Prisojnik, famous for a round hole in one face. Fanny envisaged this “eye of Prisoinik” peering down, “dead and vacant in its stony socket, with the patch of snow beneath it like a monstrous tear.” Yet she spoke also of Triglav as a “father”, welcoming to those who approached it from the right angle. 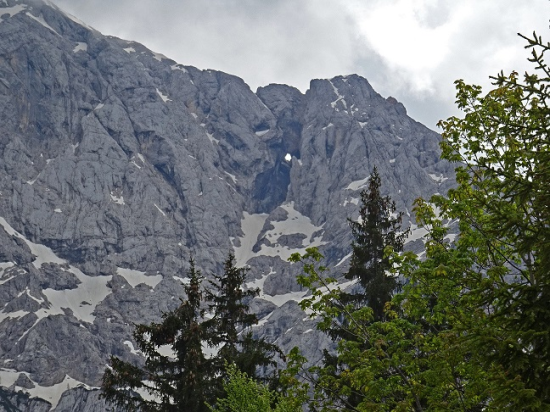 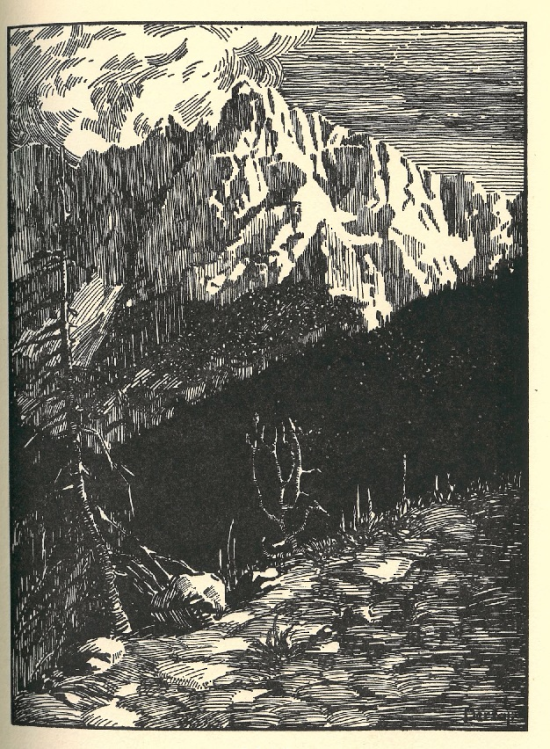 Fanny Copeland was interned in Italy by the fascist occupiers of Ljubljana during the Second World War, but returned to Slovenia after 1945, spending the remainder of her long life living mainly in the Hotel Slon in Ljubljana, still writing and translating prolifically. She is buried in the graveyard in the village of Dovje, overlooked by Triglav itself and surrounded by numerous other mountaineers and admirers of the extraordinary alpine scenery that helped give the country its very distinctive character. 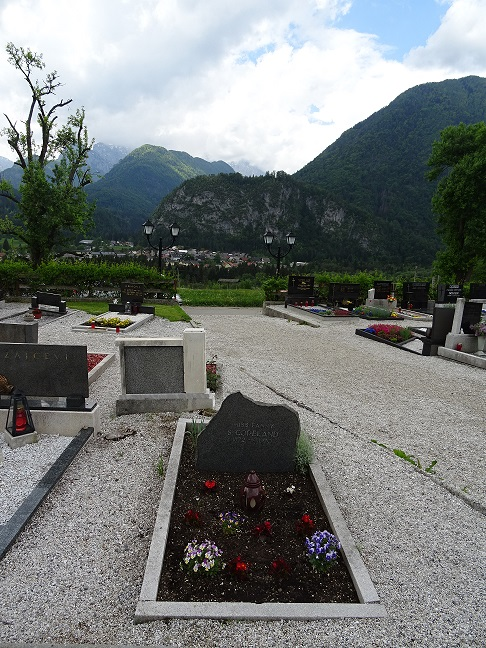 Bogumil Vošnjak, A Bulwark against Germany: the fight of the Slovenes, the western branch of the Jugo-Slavs, for national existence. Translated by Fanny S. Copeland. (London, 1917) 003817864