Pavlo Skoropadskyi died on 26 April 1945 from wounds sustained during a US Airforce bombardment of Plattling Railway Station in Bavaria. His funeral took place in the small town of Metten against a backdrop of exploding bombs and whistling bullets. Only his daughter Elizabeth was present, who carried a cross before her father’s coffin, although badly wounded herself. The funeral was conducted by a Ukrainian Greek Catholic priest who happened to be in Metten at the time. When he discovered the identity of the deceased, he said that it was a great honour for him to perform this last service for such a distinguished person. It was in these circumstances that the last Hetman of Ukraine, Pavlo Skoropadskyi, ended his time on earth. 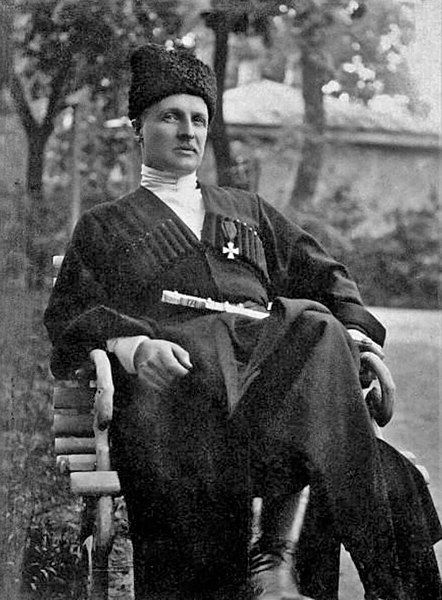 Pavlo Petrovych Skoropadskyi was a Ukrainian political and military statesman, and Hetman of the Ukrainian State  – the official name of Ukraine during the period of his leadership – in 1918. Born in 1873, he was descended from an ancient line of Ukrainian Cossacks and nobility. This probably influenced him most in deciding his future path after the fall of the Russian Empire in 1917. Prior to the February Revolution, he had enjoyed a glittering military career as one of the most respected, talented and decorated military commanders of the Russian Empire, a hero of the Russo-Japanese and First World Wars, an adjutant to Tsar Nicholas II and one of the Imperial Family’s few close confidants. In the lead-up to 1917 he was a Lieutenant-General of the Russian Army. In 1898 he married Oleksandra Durnovo, herself a descendant of the noble Kochubeyi family, and the marriage produced six children. 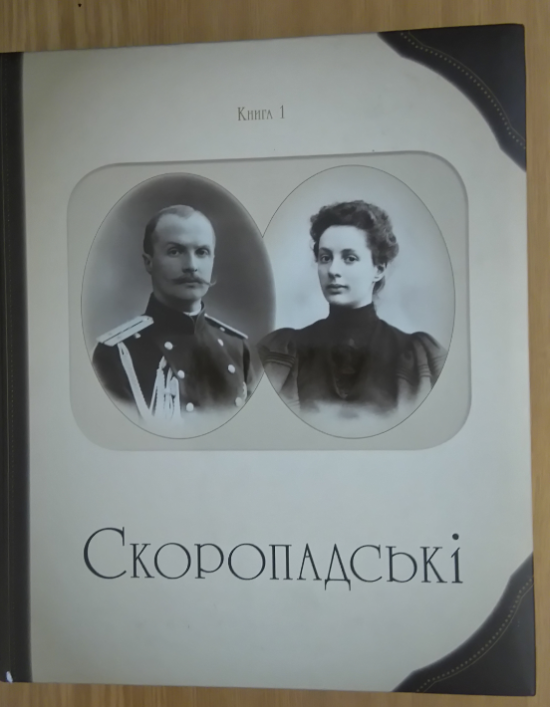 After Nicholas II’s abdication in March 1917 and the Bolshevik coup in St Petersburg in October 1917, Skoropadskyi faced a choice about whom and which path to follow. In his memoirs, written in 1919 after he had emigrated, he explained, “I followed the path which was closest to my heart. That path led to Ukraine.” Understanding the inevitability of Soviet aggression against the Ukrainian National Republic, which had been declared in November 1917, Skoropadskyi recognised the authority of the Central Rada even though he did not share its leaders’ socialist views. The military corps under his command blocked Bolshevik troops from advancing on Kyiv. As a result, not only did he save the city from occupation and devastation, but also Ukrainian statehood itself, which was still young and faltering.

However, because of his opposition to the politics of the Central Rada, he tendered his resignation at the end of December 1917 and soon afterwards was one of several initiators of a movement to unite right-wing forces to replace the government. He found significant support from landowners and leaders of the German and Austrian armies, who were in Ukraine under the terms of the Treaty of Brest-Litovsk. With the support of his associates and approval of strong allies, he hoped to develop Ukraine into a modern European country. 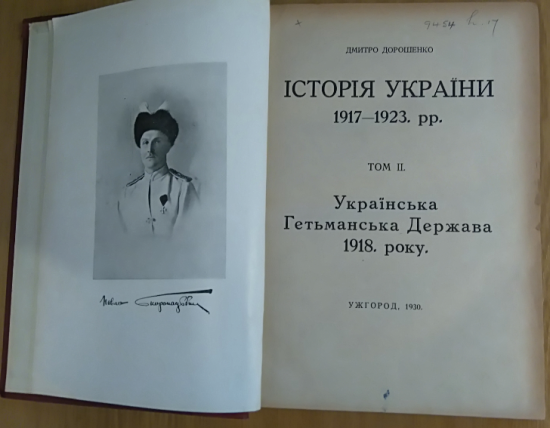 On 29 April 1918 at the All-Ukrainian Agricultural Conference in Kyiv, Skoropadskyi was proclaimed Hetman  of Ukraine. He led the renamed Ukrainian State for seven and a half months, coming to power during a period of chaos, disunity and internal and external instability. Skoropadskyi and his government sought to rebuild the state. Compared to the destructive processes taking place in war-torn Soviet Russia, Ukraine followed a path of constructive nation-building, aimed at developing all spheres of economic, social and cultural life.

Skoropadskyi’s rule was not without controversy, however, and he faced opposition from a range of political and social groups. Although his objective was to include the widest possible spectrum of Ukrainian political thought in government, he was unable to reach a compromise with the socialist parties, who refused to serve under a hetmanate system, and his ministers were primarily conservative and liberal representatives. His highest priority was to form a strong and capable government and a professional administrative apparatus and for the period of its existence, the Hetmanate had some significant successes. Around 500 new laws were enacted, including legislation for a national currency, a national Senate, local self-government, the army, and reform of the agrarian system. The most noteworthy successes were in the spheres of culture and education, as the key drivers of national rebirth. The legacy of the Ukrainian State included the founding of 150 Ukrainian high schools, two Ukrainian universities in Kyiv and Kamyanets-Podilsk, and the Ukrainian Academy of Science. The National Library, National Archive, and National Theatre were also established during this period. 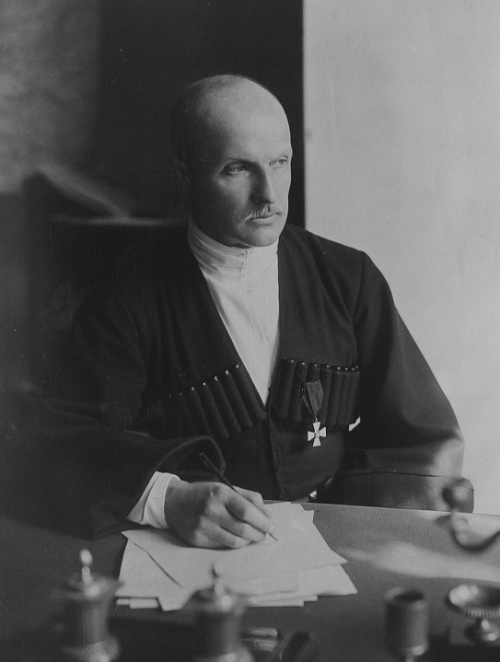 Pavlo Skoropadskyi as Hetman of Ukraine. Kyiv, 1918. (Reproduced by kind permission of the Central State Archives of Supreme Bodies of Power and Government of Ukraine)

The positive changes which took place during the period of the Ukrainian State showed that, like Finland and Poland, Ukraine had a realistic opportunity of becoming a modern European nation.

On 14 November 1918, under pressure from complex geopolitical and internal circumstances, Skoropadskyi made a declaration about Ukraine entering into a federation with a future non-Bolshevik Russia. He believed that this was the only way to save Ukraine from Soviet Russia’s colonial ambitions. Following an anti-Hetmanate uprising, he resigned his post on 14 December 1918 and left Ukraine. 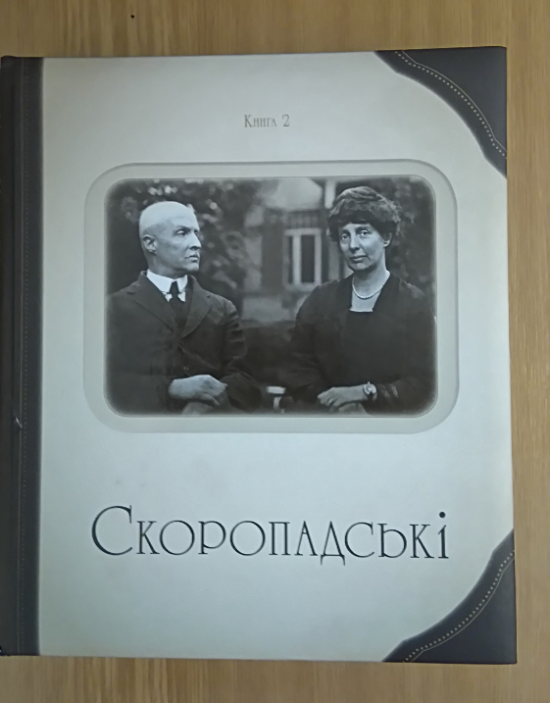 Cover of vol. 2 of Skoropadski. Rodynnyi albom, with a photo of Pavlo Skoropadskyi and his wife in exile.

Skoropadskyi lived as an émigré in Germany, where he established the Ukrainian Scientific Institute and was the leader of the Hetman (Monarchist) movement in Western Europe, the USA and Canada. In 1937 he became leader of the Association of Hetmanate Statesmen, whose activity was aimed at renewing an independent Ukrainian State. 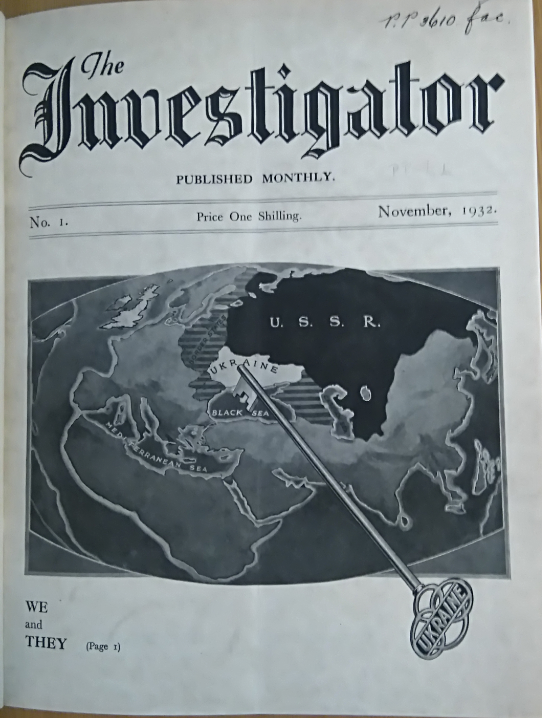 Cover of The Investigator (London, 1932-1934) P.P.3610.fac., a periodical promoting the Hetmanate movement. An explanation on the verso of the title page reads: “The ‘Investigator’ is the sole organisation in England working in conjunction with, and with the authority of, the Hetman of the Ukraine, Paul Skoropadsky, and has no connection with any other body”.

Although a controversial figure to some, Pavlo Skoropadskyi remained to the end of his life a staunch Ukrainian patriot with an unshakeable faith in a better future for Ukraine. In the history of Ukraine’s path to statehood, he can be seen as one of its most prominent 20th-century leaders. 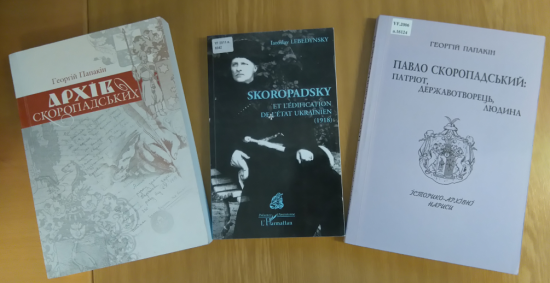 Some recent book about Skoropadskyi from the British Library's collection.

Tetyana Ralduhina, Historian, Chief Researcher of the period of the Ukrainian Revolution of 1917-1921, Kyiv