Newsletters can be wonderful things. In March of this year ‘Focus On Belgium’  had an item about father and son Isaac and Jacob Le Maire. Jacob was one of the first Europeans to reach Cape Horn and to find an alternative shipping route to Asia, circumventing the monopoly held by the Dutch East Company, or VOC in Dutch.

This ties well in with our exhibition on James Cook: the Voyages, now in its last week (must end 28 August). As you enter the exhibition you’ll see a very large map hanging off the wall. This forms part of the Klencke Atlas  and It shows part of the coastline of Australia and surrounding archipelagoes, such as Papua New Guinea, named ‘Terra dos Papos a Iacobo Le Maire , dicta Nova Guinea.’ Who was this Iacob Le Maire and how had he ended up so close to Australia? 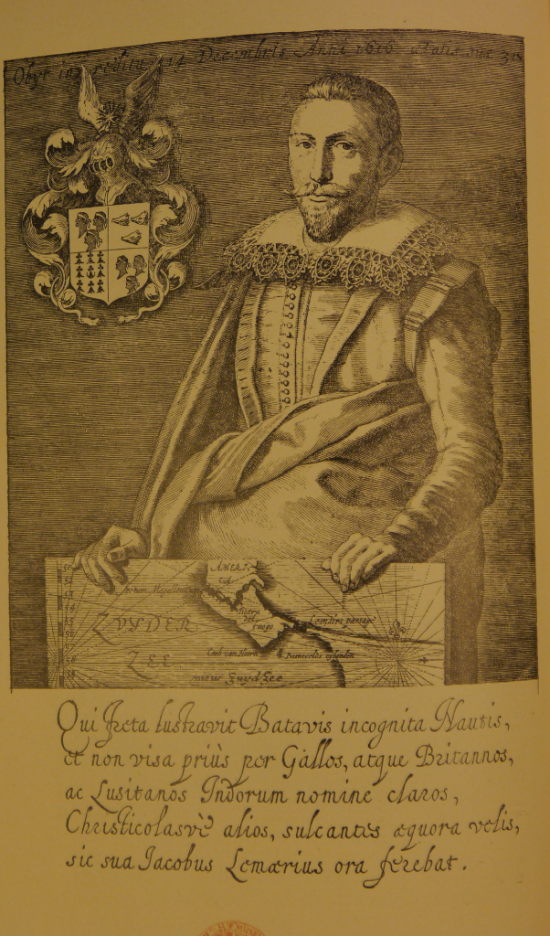 Jacob Le Maire had been sent on an expedition by his father Isaac, who was convinced there had to be a different route around South America into the South Pacific and on to South East Asia. He set up a trading company entitled ‘The Australian Compagnie’, and secured funding from wealthy merchants in Hoorn. From the same place he contracted Willem Corneliszoon Schouten to be captain on the expedition.

Jacob Le Maire and Willem Schouten did find the passage, which Jacob named ‘Cape Horn’ after the city of Hoorn. Mission accomplished? In a way yes, but Jacob then went off script and followed his own plan to find the almost mythical Southern continent Terra Incognita Australis. He passed in between Australia and Papua New Guinea, which is why the strait still carries his name. 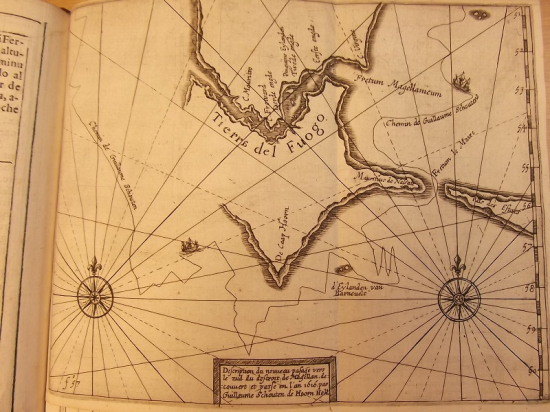 From then on things went downhill for Jacob.

Having arrived in Batavia, they were promptly arrested by the governor, the notorious Jan Pieterszoon Coen for breaking the VOC’s monopoly. They were sent back to the Netherlands. Tragically, Jacob died eight days into the voyage. He received a seaman’s burial.

The VOC had confiscated Lemaire’s ship and all documents on board, including Jacob’s journals. They came back to Hoorn with Schouten but were not given to Isaac Lemaire. This gave Willem Schouten the chance to publish his own account of the voyage, using his own journals. These had also been confiscated, but with the help of Willem Jansz Blaeu, who had connections within the VOC he published the first account of the voyage. Isaac Le Maire tried to stop publication by suing Blaeu. He won the case, but Blaeu appealed on the basis that if he did not publish the journal someone else would. He finally got permission to publish Jacob’s Journal, which appeared in 1618. Willem Schouten takes the credit for the discovery; Jacob Le Maire barely gets a mention. 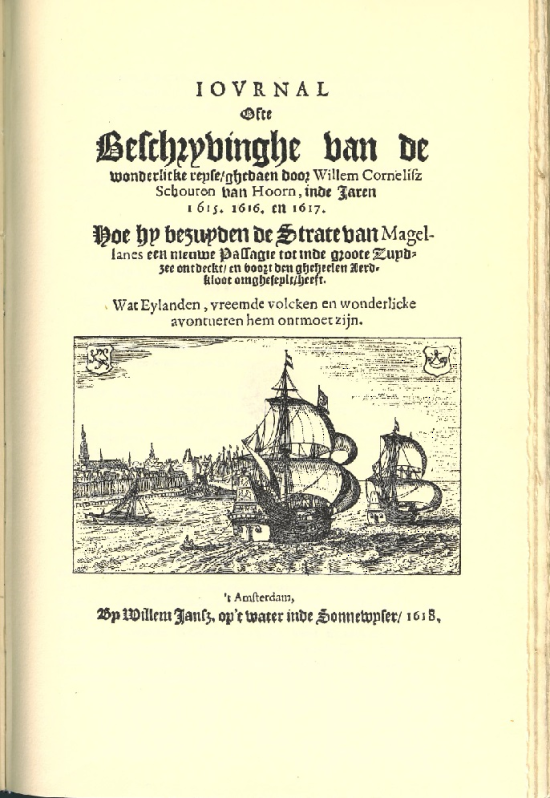 How right Blaeu had been in his protest against the publication ban is shown in the record of the flurry of publications that appeared between 1618 and 1622.

In particular the Leiden printer Nicolaes Van Geelkercken was very active. He issued several translations in 1618, in French, German, and Latin of Oost ende West-Indische Spiegel, which included the journal of Joris (George) Spilbergen’s voyage around the world in 1614-17 and Jacob Le Maire and Willem Schouten’s explorations as described above. There is a connection here, because LeMaire and Schouten had travelled back to Hoorn on Spilberghen’s ship. 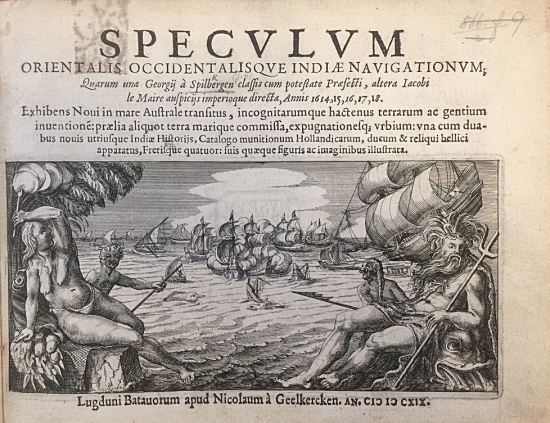 It wasn’t until 1622 that Jacob’s papers were released and a more accurate and balanced account could be published. This has since been reprinted many times, including in 2000 by the Australian National Maritime Museum in a facsimile edition ‘to celebrate the harmonious relationship that exists between the Netherlands and Australia.’ In 1906 the Hakluyt Society  published an edition of the various journals of Le Maire and Schouten, as well as Spilbergen, including a bibliography of the various editions over time, running to 17 pages. Interestingly it also includes a list of ‘Works Quoted in this Volume or Bearing on its Subject, with the British Museum Press-marks’. Now that should make life a lot easier for anyone wanting to research the Le Maires further, at least up to 1906. What it won’t include is the lovely find I made in the course of my research for this post, Octave J.A.G. Le Maire’s L’Origine anversoise des célèbres navigateurs Isaac et Jacques le Maire (Antwerp, 1950; 0761.g.41).

In this slender publication, Octave Le Maire, apparently a descendant of the Le Maires, makes a passionate case for Antwerp and not Amsterdam as the origin of the Le Maire family. It has a dedication in it, which roughly translates as: ‘In honour of the Library of the British Museum, where a precious discovery about the I and J Le Maire was made, during the war 1914-1918.’ 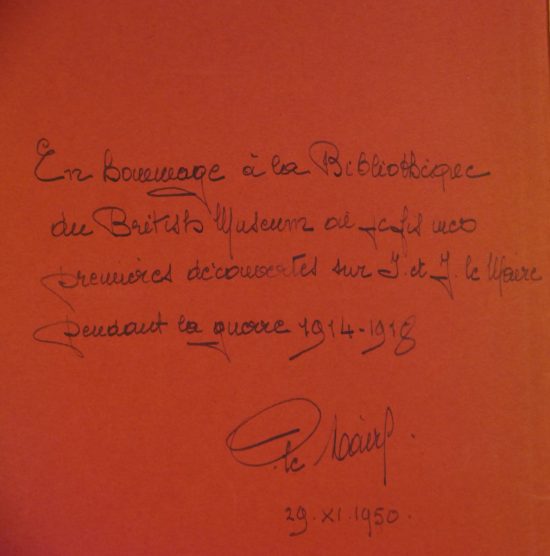 The discoveries one can make in The British Library without having to go out to sea!