‘We’re all excited about Brussels!’ – The Atomium at 60

When it comes to iconic buildings, the Atomium in Brussels surely takes top spot.

Towering over Brussels, it is the city’s most popular tourist attraction and never more so than this year, when it celebrates its 60th anniversary. Back in 1958 not many thought it would make it past its first year, let alone to 60. It had been built as focus point for the Expo 58, the first World Exhibition after the Second World War. Designer-engineer André Waterkeyn and architects André and Jean Polak wanted to send a positive message about nuclear power, one in which nuclear power would be used for the benefit of all mankind. To that end they created three exhibition spaces inside the Atomium, as well as a restaurant in the top sphere for the public to visit. Which they did in their droves. The Atomium attracted over 40,000 visitors per year at one point. 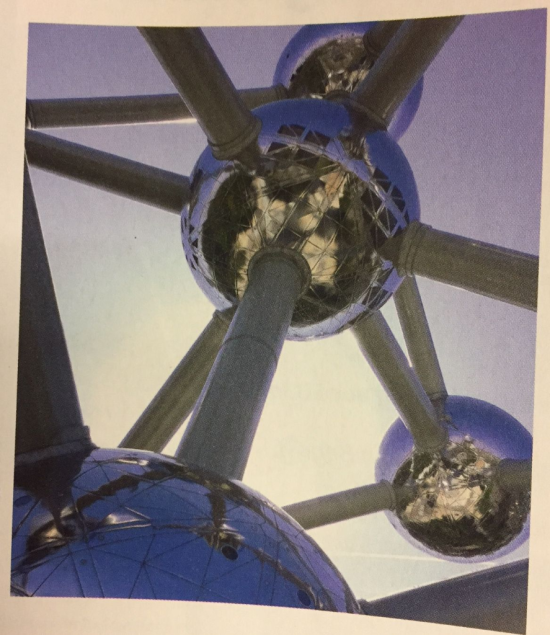 The German magazine Nachrichten aus der Chemie of May 2008, looks at the Atomium from a technical point of view. It would certainly interest chemists to know that the Atomium in fact does not represent an iron atom, but one unit cell of pure iron, as kept under room temperature and under atmospheric pressure, 165 billion times enlarged. The design of the structure deviates from the actual chemical structure of this unit cell of pure iron. The proportions of the spheres and connecting tubes are different as is its position in space. This has everything to do with the practicalities of available space, accessibility (the need for staircases and lifts inside the connecting tubes) and the way in which the building had to be fixed to the ground.

Due to its popularity with the public the Atomium was not demolished, as had been the plan. Unfortunately, the aluminium coating was not meant to last for ever and over time it started to deteriorate. The Atomium literally and figuratively lost its shine and there was again talk of demolishing it. When more damage was discovered in 2003, the Atomium was closed. However, the people of Brussels did not want to lose their beloved Atomium, so renovation started in 2004. The aluminium was replaced by stainless steel; new elevators were fitted and other adjustments were made to make it fit for the 21st Century. In 2006 it re-opened, once more standing in all its shining glory, hopefully for at least another 60 years.

The British Library has a variety of material about the Expo 58. Apart from Nachrichten aus der Chemie, from which I took the technical information for this post, there is the novel Expo 58, by Jonathan Coe, from which I pinched the title of this blog. 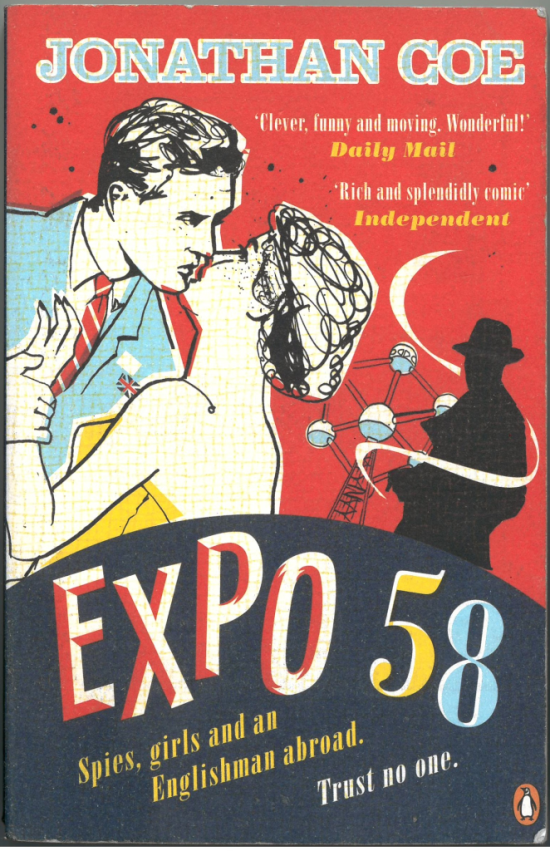 Coe’s novel is a story about love and betrayal, with some espionage thrown in. It is set in the Expo grounds and wider Brussels, as well as Britain. When the protagonist Tom arrives at the Expo his guide drives him around the various pavilions. See if you can track his route on this plan of the Expo 58, held in our Maps collection. 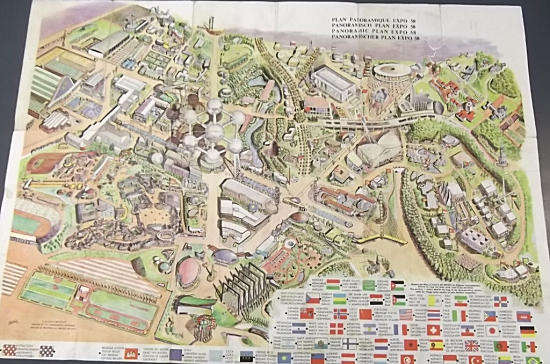 Tom’s main task is to look after the pub ‘Britannia’, which was part of the British pavilion, simply because his mother is Belgian and his father ran a pub for 20 years. This is not entirely fiction – there really was a pub called ‘Britannia’ set within the rural, green and pleasant UK pavilion. The panoramic plan of Expo 58 doesn’t show where it was located, but what is clear is the green setting. 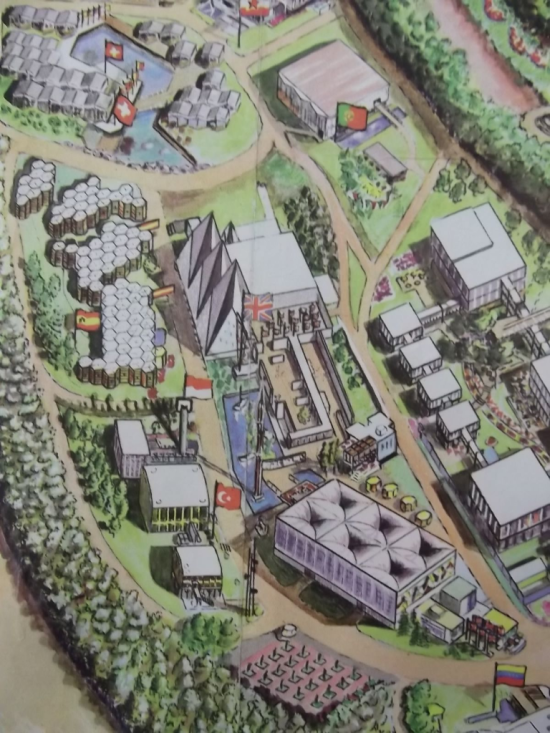 Detail of the British pavilion, from the Plan Panoramique

I also looked at the British Newspaper Archive, available in our reading rooms. The Birmingham Daily Post of Friday 18 April 1958 writes glowingly about the flying start the British made, being the only country that finished its displays on time for the official opening! 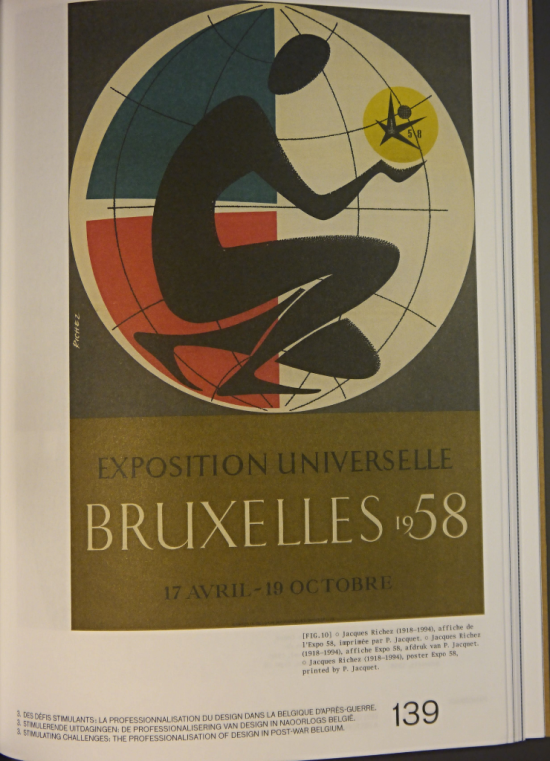 Poster for the Expo 58 in Brussels, from Serulus and Gimeno-Matinez, Panorama