On Saturday 27 October, the British Library will be hosting a study day, 1918: A New Europe on Film, that will look at 1918 and the end of the First World War from the perspective of those nations that were founded as a consequence. 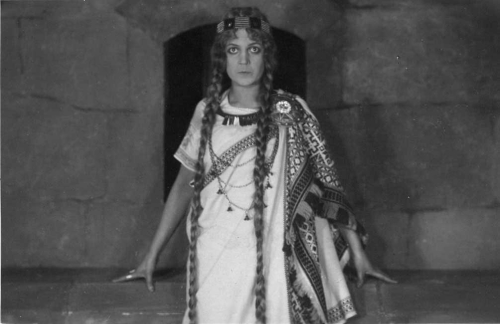 Borders were redrawn and nations once part of larger entities were given a chance to determine their own course. Those borders were not necessarily natural, however, and the new geographies inspired new sets of problems. For some nations, this independence was short-lived and that precarity lives on today for many of these same nations.

1918: A New Europe on Film brings to light the many cinematic representations of this formative period and will show how film, documentary and television constructed and were constructed by an ever-shifting concept of national identity over a turbulent century. 1918 features as a key subject in every period and genre of film-making. It resurfaces as a paradigm for the now, a figure for great transformation, for endings, revolutions and new beginnings, and it often serves to express and comment on contemporary situations that could not bear direct representation.

The day has been organised in collaboration with Professor Dina Iordanova, University of St Andrews, and Professor Ewa Mazierska, University of Central Lancashire, with the cooperation of Yunus Emre Enstitüsü, The Finnish Institute in London, The British Croatian Society, The Romanian Cultural Institute in London and The Embassy of Latvia. For details of how to book see: https://www.bl.uk/events/1918-a-new-europe-on-film

The study day forms part of a wider programme of events, entitled 1918: A New World?, aimed at approaching the 1918 centenary from alternative perspectives. Do join us in rethinking the century!