Authors mindful of the Duke of Wellington’s notorious injunction ‘Publish and be damned!’ might profitably consider the advice of a famous contemporary of the Iron Duke who decreed that his memoirs were to be published only after his death. True, this means sacrificing potential royalties, but at the same time avoids the libel actions which might follow the publication of indiscreet or controversial recollections – of which François-René, vicomte de Chateaubriand, included plenty in his Mémoires d’Outre-Tombe (1849-50). 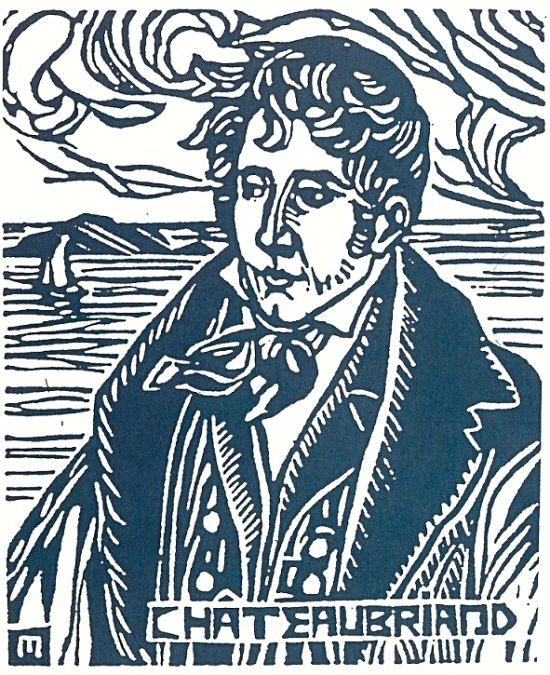 He was born in 1768 in St.-Malo, and grew up with nine older brothers and sisters in the family château at Cambourg. He was especially close to his sister Lucile, and her company, together with long walks through the Breton countryside, relieved a childhood overshadowed by his father’s sombre temperament. After retiring from a career at sea, the elder René had become a ship-owner and slave-trader, but had bequeathed to his youngest son a thirst for travel, and after considering the priesthood or the navy, René junior decided on a military career. He rapidly obtained a captaincy and, in Paris, moved in literary circles where he met André Chenier and other leading writers of his day. However, the outbreak of the French Revolution made his aristocratic origins dangerous, and in 1791 he set sail for America.

This was a time when naturalists such as Alexander von Humboldt were discovering the unique flora and fauna of the New World, and Chateaubriand was keen to learn more about its botany, but also about the customs of its native inhabitants. A broken arm provided him with an opportunity to do so when an accident which he suffered as he followed the Mohawk trail towards Niagara Falls left him unable to travel for a month which he spent with a local tribe. The observations which he made there inspired him to write two linked novellas set in the region, Atala (1801) and René (1802). Both these contain not only detailed descriptions of the landscape and life in a Native American tribe but also rebuttals of Rousseau’s ideal of the ‘noble savage’; the brutality of the indigenous peoples is contrasted with the saintly qualities of the missionaries working among them, not surprisingly in a work which would form part of his Génie du christianisme (Paris, 1802; 223.h.12). 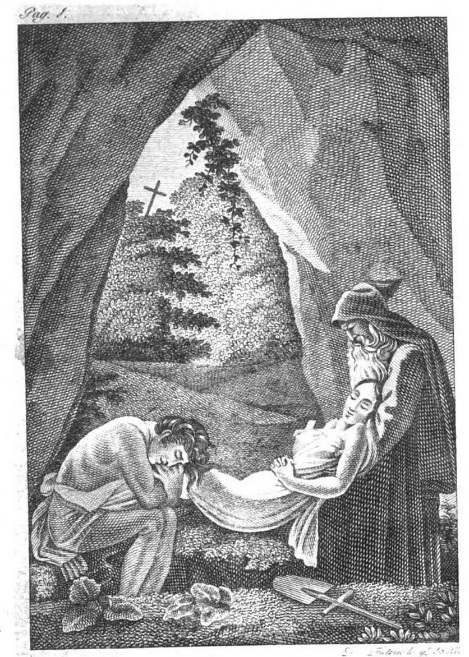 In later years, though, Chateaubriand would heartily regret having written René at all. Its huge popularity threatened to make him into a one-book author who, like Goethe with his Werther, had captivated impressionable readers with his depiction of the world-weary wanderings of a hero whose ennui and near-incestuous relationship with his sister Amélie inspired not only Lord Byron but a host of lesser imitators. In a short time these tales were being not only widely translated but also parodied; in 1801 Louis-Julien Breton published Alala, ou les habitans du désert, satirizing readers’ obsession with the exotic world conjured up by Chateaubriand. 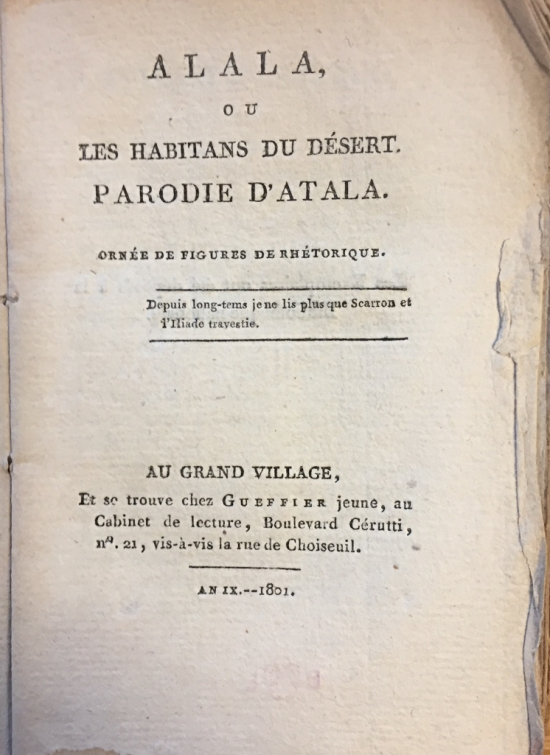 In 1792 Chateaubriand returned to France in such penury that he had to borrow money to pay the captain who had brought him across the Atlantic. He was persuaded by his family to enter into an arranged marriage with Céleste Buisson de la Vigne, the daughter of another Breton noble family; the bride was 17 and the couple had never met before their wedding, performed in secret by a ‘refractory’ priest followed by a second ceremony by one who had sworn allegiance to the new regime. Shortly afterwards the groom set off for Coblenz to join the Breton Regiment in the Armée des Princes, a corps of émigré nobles supporting the royalist cause. Until called to serve in the siege of Thionville, he passed his time working on Atala and acting as a cook; during the siege, he received a leg wound which could have been far more serious had the manuscript in his pack not protected him. He managed to limp to Brussels where, with the help of his brother, he set out for exile in England but was put ashore in the Channel Islands as the captain doubted that he would survive the voyage. Defying all expectations, he reached Beccles to teach French, and then moved to Bungay in Suffolk, where he met and fell deeply in love with Charlotte Ives, a clergyman’s daughter. The family would happily have accepted him as a suitor, but he was forced to confess that he was already married and flee to London. 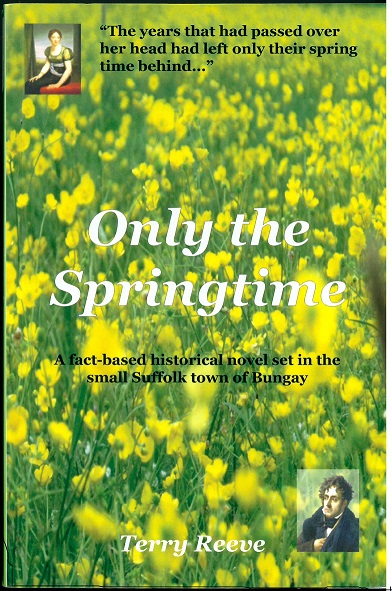 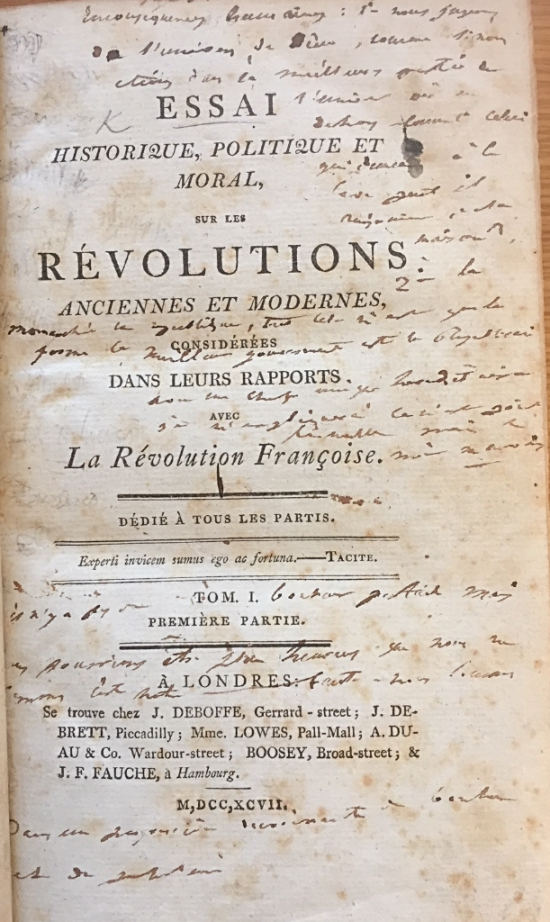 On returning to France in 1800 under an assumed name, he achieved fame at last with Atala, and then as a defender of Christianity in his Génie du christianisme. Taken up by Napoleon, he was appointed secretary of the French Embassy in Rome, the beginning of a distinguished if turbulent diplomatic and political career which culminated in his ambassadorship to Rome. The outbreak of the July Revolution of 1830, however, led to his resignation and financial ruin which left him with little more to his name than the late Pope Pius VIII’s cat, especially when he refused to swear allegiance to the new king Louis-Philippe and resigned his status as pair de France. 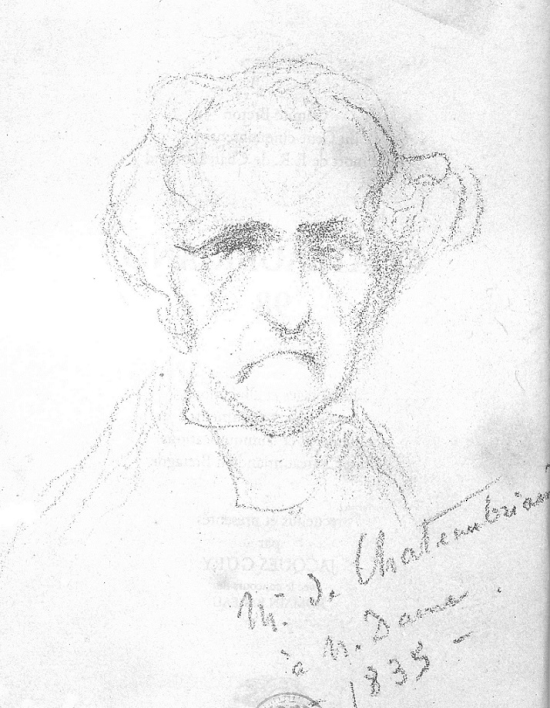 Despite this, Chateaubriand’s final years were full of political and romantic intrigue surrounding the son of the murdered Duc de Berry, recognized by legitimists as Henri V, and the famous salonnière Madame Récamier, to whom the widowed Chateaubriand unsuccessfully proposed. He died shortly afterwards in 1848, having witnessed another revolution; his colourful life befits the founder of French Romanticism, who may indeed be regarded as a true ‘cousin à la mode de Bretagne’ to Byron.