The British Library’s recent study day devoted to the French Caribbean noted the parallels between the Windrush generation and the stream of migrants to France from its overseas départements such as Martinique and Guadeloupe. Although the emphasis was on immigration in the 20th century, one of the most notable individuals to undertake this voyage did so at a much earlier date to become one of the leading figures in 19th-century French literature. 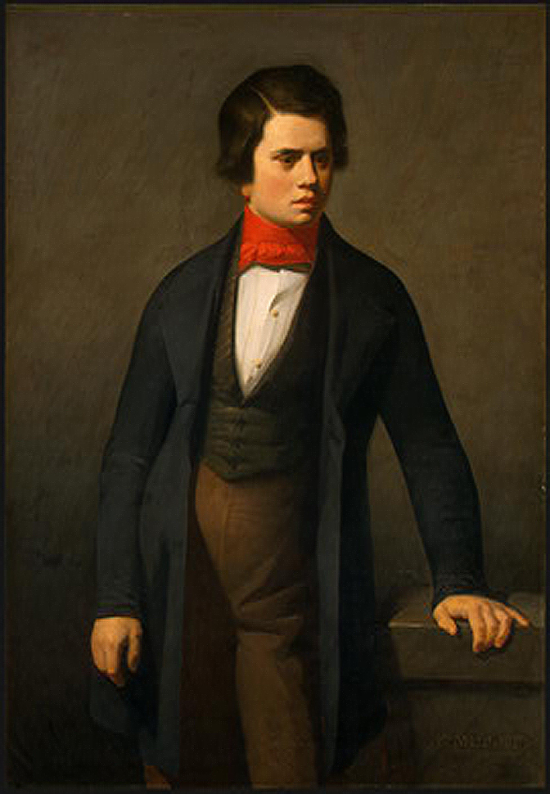 Charles Marie René Leconte de Lisle’s journey took him from Réunion to Rennes. Born on 22 October 1818, he had made a stay in Nantes with his parents before returning home in 1828 to attend the Collège de Saint-Denis. However, with five younger children to educate his parents were anxious to see him established in a solid profession, and despatched him to Dinan in 1837 to lodge with his uncle Louis Leconte and read law at the University of Rennes. Before long, though, he became disenchanted with his arid legal studies and was more often to be found attending lectures in classical literature and history. In addition, he founded two short-lived literary journals, La Variété (1840) and Le Scorpion (1842), both of which collapsed for lack of funds. Not surprisingly, he failed to qualify as a lawyer, and in retaliation his irate parents cut off his allowance and forced him to return to Réunion and earn his bread by carrying out humdrum duties for various businesses. He poured out his resentment and disenchantment with the people of the island in his story Saintive, where the tragic abduction of a planter’s daughter arouses only dull indifference among the apathetic creoles. He was also incensed by the fact that his father used slave labour on his plantation, and when, in 1845, friends from Rennes invited him to collaborate with them on the newspaper La Démocratie pacifique (NEWS14710) he accepted with alacrity and set off for Paris.

The newspaper was based on the ideas of the philosopher Charles Fourier, whose doctrine of Associationism represented an early form of socialism in its vision of fraternal cooperation. In the years preceding the 1848 revolution, Leconte de Lisle enthusiastically embraced these ideals and became secretary to the editor of the paper’s monthly cultural review La Phalange (1600/966). In 1846 he made friends with the classical scholar Louis Ménard and the translator Thalès Bernard, whose influence coloured the poems on Greek themes which he published at this time.

With the outbreak of revolution, he was sent back to Dinan to advocate the republican cause. This, and his open advocacy of the abolition of slavery, met with a chilly reception in the conservative Breton town and did little to improve family relations. Further disillusionment followed with the failure of the revolution and of his attempt to secure a teaching post at the Collège de Saint-Denis. 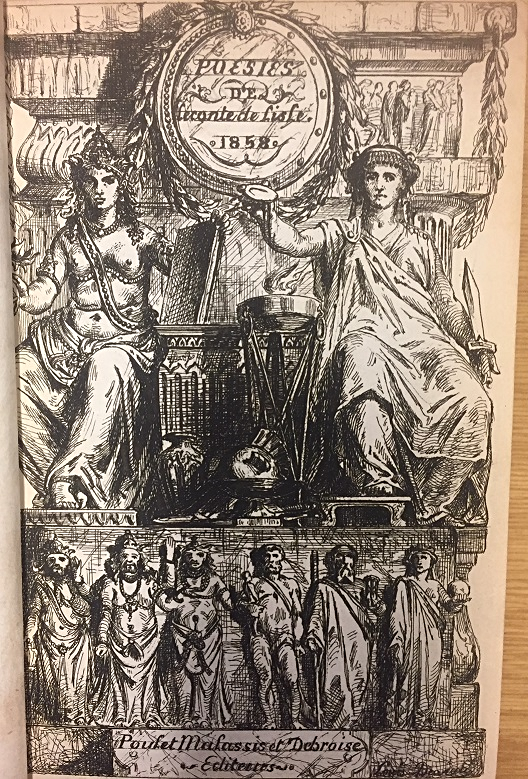 During the 1850s, however, his fortunes gradually improved with the publication of his collections Poèmes antiques (Paris 1852; 11482.cc.27) and Poèmes et poésies (Paris, 1855; 011483.cc.20), which won the Académie Française’s Lambert Prize in 1857, enabling him to marry. Translation, too, became a major preoccupation, and in the 1860s he published versions of Theocritus’s Idylls and Homer’s Iliad and Odyssey. His home on the Boulevard des Invalides became a meeting-place for young writers eager to follow new directions in poetry; Louis Napoleon awarded him a generous annual pension from his private funds, and in 1866 Alphonse Lemerre published the first volume of Le Parnasse contemporain, featuring contributions by Baudelaire, Verlaine and Mallarmé. Its second number was devoted entirely to Leconte de Lisle’s work. 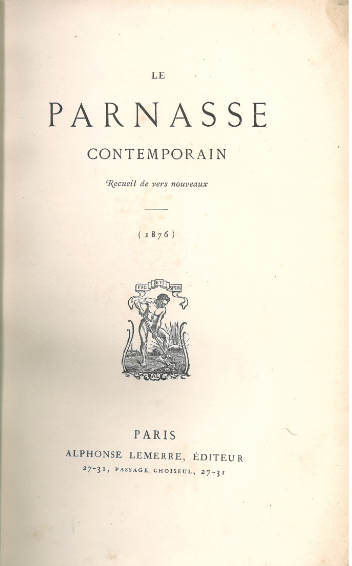 It was this journal which gave its name to the Parnassian school, of which de Lisle would become the head. Its governing principle was a belief in the discipline imposed by form and structure rather than the indulgences of personal lyricism and sensibility. However, de Lisle believed passionately in the power of poetry to restore to the modern world, jaded by industrial and commercial concerns, the vitality and wholeness of ancient Greece, and of the poet to guide mankind towards this.

Drawing on myths and legends from classical antiquity, the Celtic and Scandinavian past and further afield, he plunged himself into other worlds, seeking to become ‘a sort of contemporary of every age’ to bring them to life. His evocations of a snowy battlefield where a dying hero asks a raven to carry his heart back to his beloved in Uppsala (‘Le Coeur de Hialmar’) or an eerie landscape where a bridegroom is ensnared on the eve of his wedding by a swarm of mysterious beings (‘Les Elfes’) are among the best-known pieces in French school anthologies but retain their vividness and power to startle even nowadays. His portrayal of nature is equally vigorous, whether describing the rippling muscles of a savage jaguar, the soaring of an albatross, or the scent of cloves and lychees on a tropical island, drawing on his observations of creatures in the Jardin des Plantes, his memories of Réunion, and his first impressions of the harsh contrast of the coasts and heathlands of Brittany.

After the disappointment of 1848 Leconte de Lisle cast aside the political traits which had been present in his earliest works. Forced to recognize that the mediocre modern era could never regain the unity of art and science found in ancient Greece, he grew increasingly embittered, and in 1894, the year of his death, affirmed that ‘the beautiful is not the servant of the true, because it contains Truth’, and that ‘art is an intellectual luxury accessible only to very rare spirits’. He was also compelled to acknowledge that such an exclusive view of poetry was unlikely to provide him with a living. The pension from the imperial government which he had been criticized for accepting despite his republican views disappeared with the fall of Napoleon III, and he had to accept a post as librarian to the Senate.

Leconte de Lisle’s work also lives on in settings by Fauré, Duparc and many other composers, and in his refusal to allow his poetry to be compromised by the drabness of an era of grubby materialism, he remains a figure for our own times.

Posted by Olga Kerziouk at 1:53 PM