Centenary of the Vernadsky National Library of Ukraine

A law signed on 15 (2) August 1918 by Hetman Pavlo Skoropadsky created the Interim Committee for the Establishment of the National Library, under the supervision of the Minister of Education and Arts, Mykola Vasylenko. The lack of premises and a weak material base hindered the development of the Library, but in August 1920 the first reading room was opened. In addition to the main catalogues (alphabetical and classified), the special catalogue Ucrainica was started.

In 1919, at the request of the Moscow Soviet authorities, the Library was renamed “The All People’s Library”. During the first years after the Revolution the Library received considerable numbers of books as a result of the Soviet authorities’ liquidation of pre-revolutionary organizations and educational institutions. Many rich people who owned large libraries were imprisoned or went abroad, and some of their collections were also transferred to the Library.

By the late 1920s, the holdings of the All People’s Library were similar to those of other large European national libraries. It obtained new premises in the centre of the city, near Kyiv University, and published its own journals. 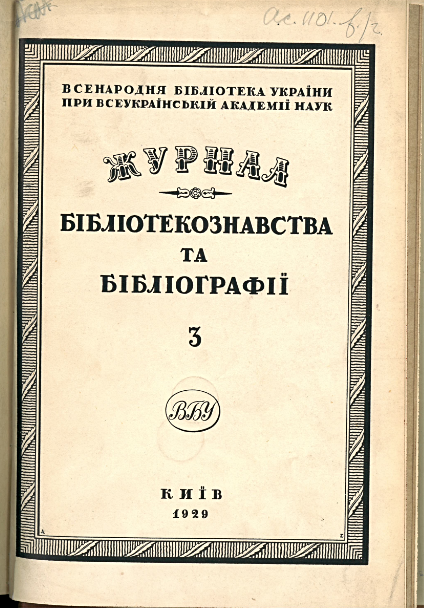 In 1929 the Moscow authorities began to suppress Ukrainian cultural institutions and the intelligentsia. Stepan Posternak, the Director of the Library, and Jaroslav Steshenko, a leading bibliographer, were arrested. In the early 1930s a large group of librarians were accused of nationalism and lost their jobs; some of them were arrested. Four Library Directors – Posternak, Nichipir Mikolenko, Anton Yaremenko and Vasyl Ivanushkin – were shot in 1937/1938. Steshenko died in a Gulag camp.

In 1934 the All People’s Library of Ukraine was renamed the Library of the Academy of Sciences. The Soviet authorities established strict control over all spheres of political, public and professional life. During these years, censorship of librarianship and ideological pressure increased significantly. The Second World War was also a very hard period for the Library. Some valuable collections were evacuated to Ufa (Russia). The remaining literature was partially taken away to Germany by the Nazis and only after the war were some fragments returned.

In the post-war years, under the guidance of the prominent bibliographer and librarian Yuri Mezhenko, the Library quickly resumed its work. It received a deposit copy not only of all Ukrainian imprints but also of all material printed in the Soviet Union. Thanks to international book exchanges with libraries and scientific institutions all over the world, including the British Library, it acquired a rich collection of foreign scientific publications. However, politics once again intervened in the Library’s work. As Director from 1945 to 1948, Mezhenko initiated and managed the creation of a bibliography of Ukrainian books published since 1798, and prepared an article about it for the Library’s journal. As a result, he was removed from his position. Yaroslav Dashkevych, a prominent bibliographer who led this project for the West Ukrainian imprints, was arrested and imprisoned for several years. 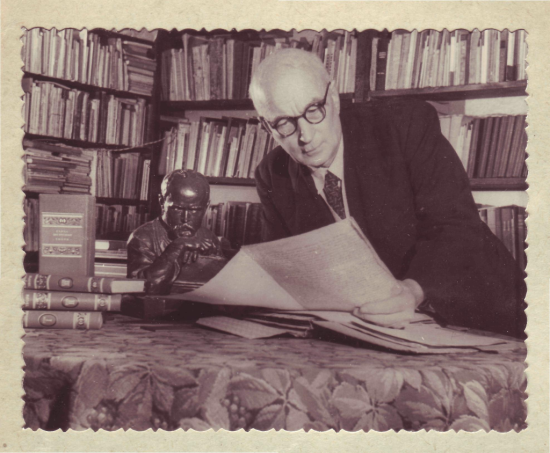 Photo of Mezhenko (by kind permission of the Department of Manuscripts and Textual Studies of the T. Shevchenko Institute of Literature of the Academy of Sciences of Ukraine)

In 1989, the Library moved to a new building which had been under construction for many years and was completed under Mykola Senchenko’s leadership. Most of the collections were transported there. 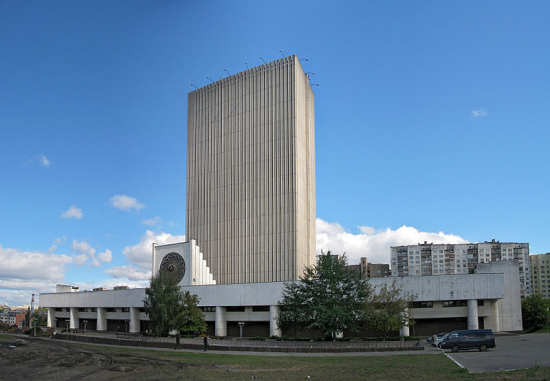 The new library building (Photo by Leonid Andronov, from Wikimedia Commons CC BY 3.0)

In 1996 the Library regained the status and name of National Library of Ukraine. Today it is a major research library, whose collections include around 15.5 million items – from cuneiform tablets and Egyptian papyri dating back as far as 2000 BC to digital documents. Among its many unique items are the 10th-century Kyiv Glagolithic Folios and the Gospel of Peresopnytsya, the first translation of the Gospels into vernacular Old Ukrainian.

About 100,000 documents come to the Library collections annually. In addition to receiving a copy of every publication produced in Ukraine, the Library acquires a copy of all Ukrainian theses and continues to conduct international book exchanges, although on a more limited scale. The National Library is the only United Nations Depository Library  in Ukraine.

Among the Library's many electronic resources, the digital library of Ukraine’s national historical and cultural heritage includes thousands of documents; the Ukrainian National Biographical Archive has been created, as well as electronic archives of the prominent Ukrainian scholars Mykhailo Hrushevsky  and Volodymyr Vernadsky. 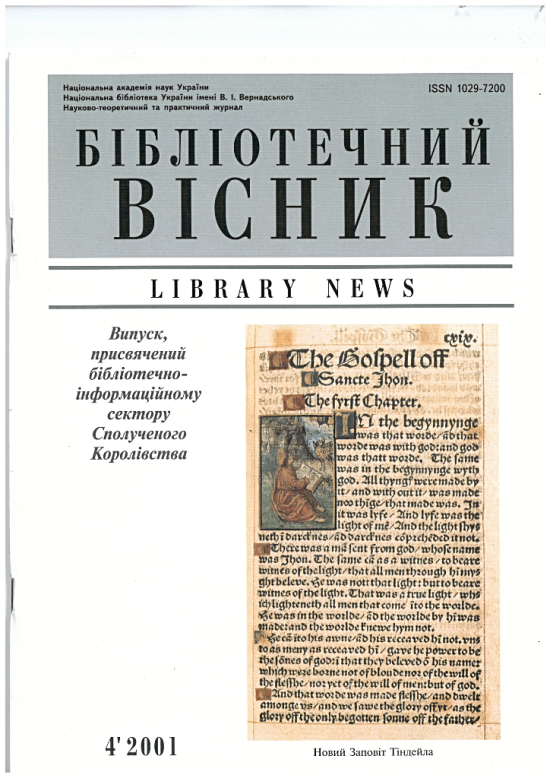 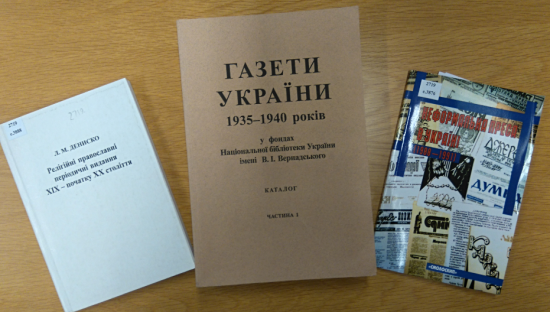 The Library holds a unique collection of Jewish musical folklore consisting of original recordings of folk music from 1912 to 1947 on wax cylinders. In 1995 this collection was included in UNESCO’s “Memory of the World” register. The British Library holds a detailed catalogue of this collection (Fonoarkhiv ievreĭskoï muzychnoï spadshchyny, Kyiv, 2001; 2725.g.3276) 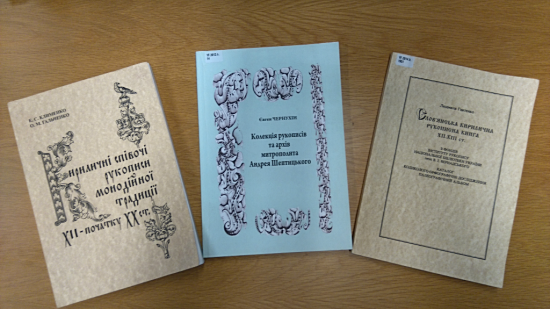 The worldwide research community was pleased to receive the 20-volume bibliography Knyha v Ukraini 1861-1917 (‘The Book in Ukraine: 1861–1917’), compiled by the Library’s bibliographers.

The Library’s centenary is an excellent opportunity to expand its interaction with domestic and foreign scientific and cultural institutions, libraries, information centres, universities, and publishing houses. A special conference celebrating the anniversary will be held in November in Kyiv.

Posted by Olga Kerziouk at 9:00 AM