Of the over 1000 books on the subject of the mafia held at the British Library, about 700 were published after 1992, when the murders of Judges Giovanni Falcone and Paolo Borsellino made the whole world talk about the Sicilian mafia. Before then, in the 1980s, it was not uncommon to hear that ‘the mafia didn’t exist’, or that it only existed in Palermo, but not in the rest of Sicily. Denouncing the businesses of Sicilian Cosa Nostra, and its ties with the Italian government, had a high price to pay for too many intellectuals. Just to mention two, in 1978, Giuseppe ‘Peppino’ Impastato, and, in 1984, Giuseppe ‘Pippo’ Fava, paid for their work with their lives. Peppino Impastato was a political activist, who didn’t leave many writings behind. The other Giuseppe, on the other hand, was a celebrated playwright, a writer and an investigative journalist, so we have collected most of his works since the 1970s and have recently acquired the full run of the magazine that he edited until his murder, and which was the reason for his murder, I Siciliani. 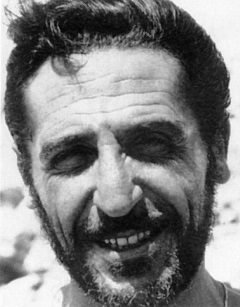 Coming from rural Sicily, Pippo Fava moved to the town of Catania to study law, and then became a professional journalist in 1952. He wrote for several newspapers and magazines, also establishing himself as author for theatre and cinema (he co-wrote the movie Palermo or Wolfsburg, which won the Golden Bear at the 1980 Berlinale). Given the task of editing Il Giornale del Sud, Fava recruited a team of young journalists and photographers to help him carry out some serious investigative journalism. When he was fired by the owners, who would have preferred him to avoid writing so much about the mafia, he used his charisma and influence to persuade these young journalists to join him in creating a fully independent and self-funded monthly magazine, a loud voice for the anti-mafia movement in Sicily, I Siciliani. 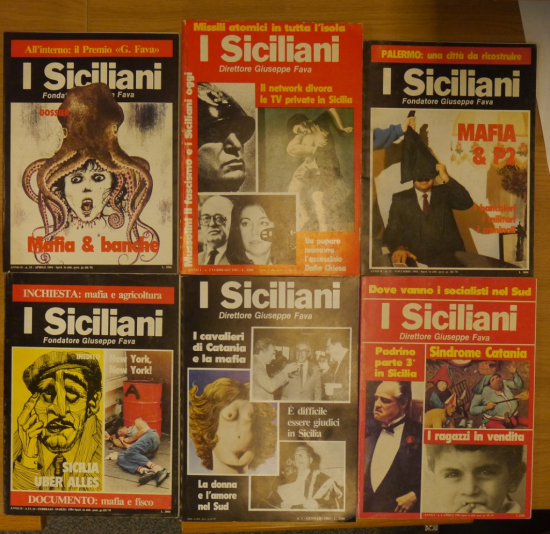 Issues of I Siciliani

Poor in budget but rich in ideas, Fava started with a very clear agenda of the topics to tackle. He wanted people to see Sicily as it really was. Showing the bad was a moral and ethical duty. Murders were photographed and reported without filters, corruptors were named and shamed. The damage to the environment caused by industrial and building speculation was clear to him, and he was not ashamed to talk about it. His stories are still relevant. His most important contribution was identifying the links between national politicians and the mafia, and stating that the mafia was effectively ruling the country; this was something Pippo Fava was saying out loud at times when nobody was ready to hear it (Pippo Fava’s last interview with Enzo Biagi, December 1983). But I Siciliani also portrays normal life, showing both the rich and profound culture of the island and as the urban lifestyle that must have surprised those who thought of Sicily as the land of The Godfather.

In the first issue, dated January 1983, in his first editorial, Fava was the first to talk about the Catanian mafia, whose existence everyone else was trying to deny. He names the powerful entrepreneurs behind it; he shows their faces, as well as that of Bernardo ‘Nitto’ Santapaola, the local mafia boss. 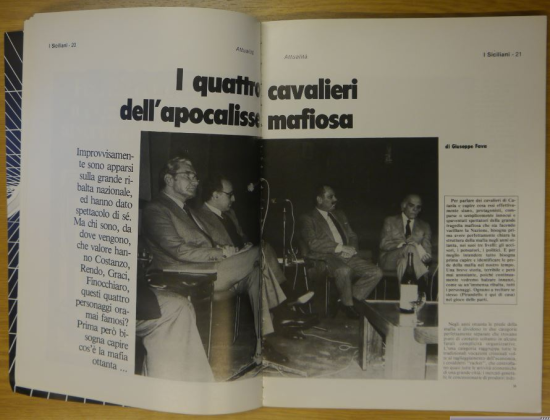 Giuseppe Fava, ‘I Quattro Cavalieri dell’Apocalisse Mafiosa’ (above) and Bernardo Santapaola (below), from I Siciliani, Issue 1, January 1983. 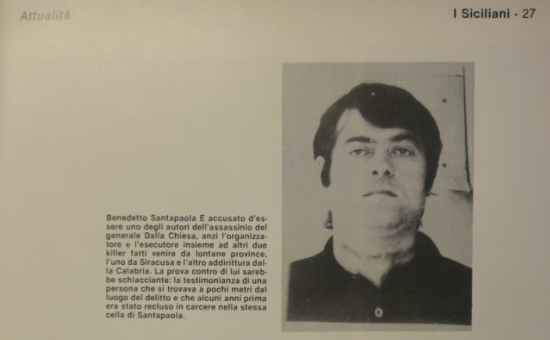 It wouldn’t be long. One year later, that same man ordered his murder. Pippo Fava was killed on 5 January 1984, on his way to pick up his grandniece from a theatre rehearsal. I Siciliani tried to survive for a few more years, penniless, mostly relying on subscriptions and a few brave advertisers who didn’t fear the isolation of the magazine.

If you read it now, I Siciliani is still as shocking, powerful and compelling as it was 30 years ago. The issues are still there. The love for the place is still there. Nothing ever changes in Sicily: If we want things to stay as they are, things will have to change. (Giuseppe Tomasi di Lampedusa, Il Gattopardo)