‘This art, at once so beautiful and so ungrateful…’ Celebrating World Ballet Day

‘Terpsichore is a jealous goddess,’ warns the ‘Advice to Those Contemplating the Study of Dancing’ which opens A Manual of the Theory and Practice of Classical Theatrical Dancing, in which Cyril W. Beaumont and Stanislas Idzikowski expound the methods developed by the famous Italian ballet-master Enrico Cecchetti. The authors leave aspiring dancers in no doubt that ‘those who seek fame among her votaries must sacrifice at her altar years of patient study and hours of physical labour’. Fortunately, there have always been those determined enough to persevere with the rigorous training necessary to succeed in ballet and assure the continuation of this art form. 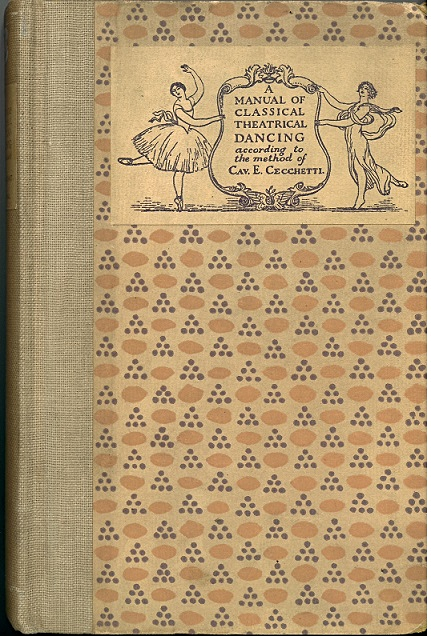 Cover by Randolph Schwabe for A Manual of the Theory and Practice of Classical Theatrical Dancing (London, 1922) 07911.gg.3

Many would-be dancers first develop their ambition through attending a performance of The Nutcracker or Coppélia; others devour the works of authors such as Lorna Hill (A Dream of Sadler’s Wells and its sequels) or Jean Estoril (Ballet for Drina, the first of a series charting the young heroine’s progress from early childhood to professional success in Drina Ballerina). Typically, their protagonists have to struggle with financial hardship, unsympathetic relatives and similar obstacles as well as the formidable demands of a classical ballet training.

Naomi Capon’s Dancers of Tomorrow provides a balanced account of such a training, designed, perhaps, to reassure parents as well as to leave ballet students in no doubt about the challenges they face. Illustrated with photographs taken at the Sadler’s Wells School (as it then was), it describes ten-year-old Ann Blake’s admission to the School despite her father’s misgivings and her studies within a curriculum where equal emphasis is laid on a good general education to equip those who, like her friend Barbara, prove unsuitable for further training to undertake a different career. The author emphasizes the hard work and concentration required from the outset and Ann’s realisation, on making her stage début as one of the Morning Hours in Act III of Coppélia, that ‘it’s only the beginning’.

Why are so many dancers of the future still drawn to ballet despite the prospect of years of extreme physical exertion and gruelling discipline? Very few can hope to achieve the glamour and acclaim surrounding the greatest dancers of the past, such as Marie Taglioni, whose fame even spread to the remote Russian province of Tver, as E. M. Almedingen recounts in Little Katia, based on the memoirs of her great-aunt:

‘One of the visitors […] from St. Peterburg was devoted to ballet. Once Uncle Nicholas appeared, a white gauze scarf in his hands, and started pirouetting about in the middle of the hall. The elegant gentleman […] asked: “May I ask what you are trying to do, Nicholas?” “I am not Nicholas, my dear friend, […] I am Taglioni.” After that, the visitor did not indulge in further monologues about the great dancer.’ 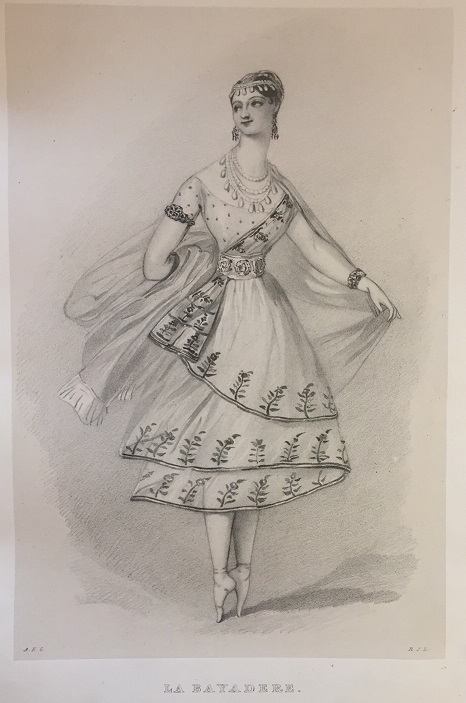 Other ballerinas and danseurs nobles also inspired evocations of their grace in other media, as seen in Robert Montenegro’s work celebrating Vaslav Nijinsky: 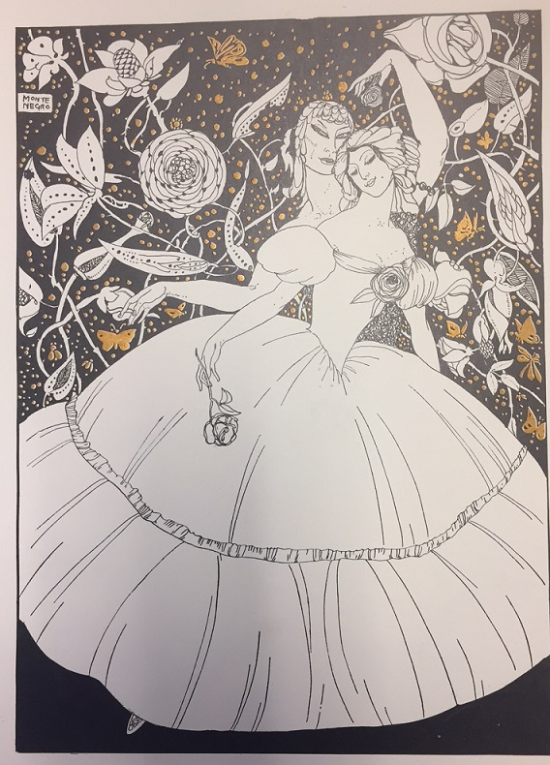 The work of the great stage designers can be regarded as art in its own right as well as part of the spectacle; many prominent artists of the late 19th and early 20th centuries collaborated with Diaghilev’s Ballets Russes and other companies to create strikingly original sets and costumes. Among the finest examples of these are those devised in 1921 by Léon Bakst  for a production at London’s Alhambra Theatre of The Sleeping Princess (the title was modified as the dancer portraying Aurora, Lydia Lopokova, did not consider herself a ‘beauty’ in the conventional sense). 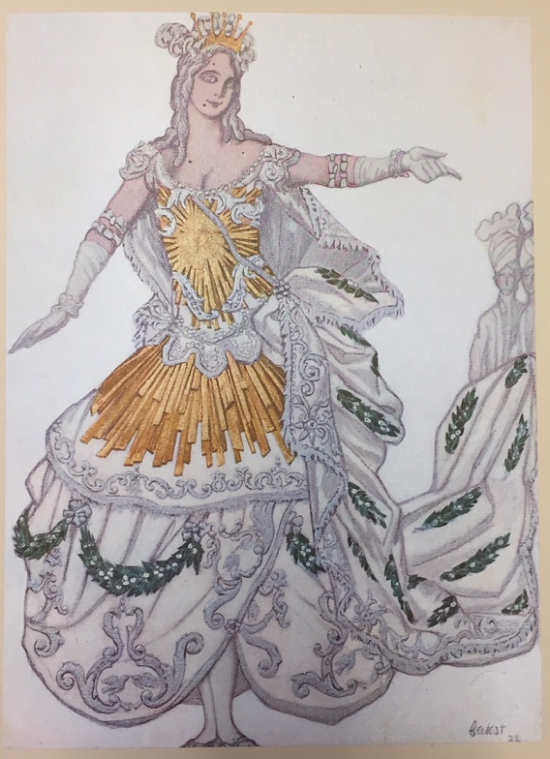 Princess Aurora (above) and Prince Charming (below), illustrations from The Designs of Léon Bakst for The Sleeping Princess (London, 1923) L.R.36.a.8. 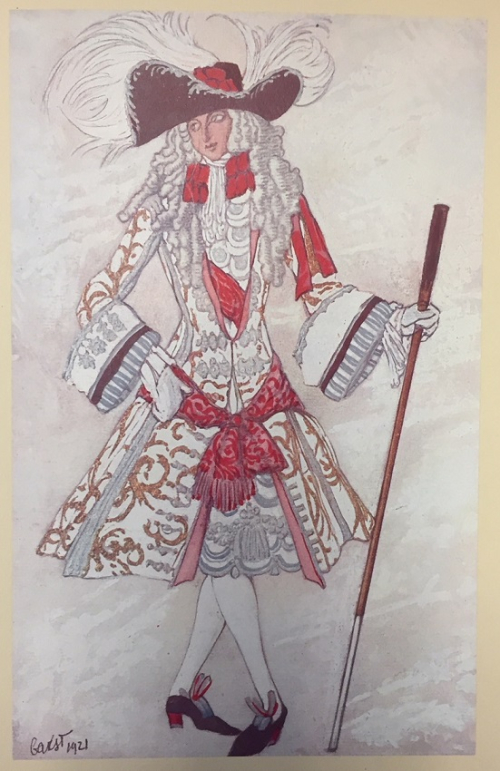 At times of national privation and austerity such as the periods after two World Wars, these productions satisfied a need for lavish and sumptuous beauty, capturing the imagination and offering a glimpse of a world where drabness and rationing had no place, even though ‘the wonderful velvets were coarse and dirty, and the laces looked like limp pieces of rag when they no longer whirled in the dances’, as young Ann discovers on her first visit backstage. It was also with a performance of The Sleeping Beauty that the Royal Opera House  reopened in 1946 in a legendary production designed by Oliver Messel and produced by Ninette de Valois: clothing coupons had to be used to provide costumes, while the sets were constructed using cheap canvas and paint.

The success of this production, starring Margot Fonteyn and Robert Helpmann, inspired a surge of renewed interest in ballet as an art form and the publication of books devoted to it. One of the authors involved in this was Caryl Brahms, renowned not only for classic guidebooks such as A Seat at the Ballet and Footnotes to the Ballet but the wickedly funny satires which she penned with S. J. Simon, A Bullet in the Ballet and Six Curtains for Stroganova, featuring not only the inimitable impresario Vladimir Stroganoff and his temperamental troupe but also delicious allusions to Marie Rambert (‘Assez de chi-chi!’), Arnold Haskell and other figures of the contemporary ballet world.

Some ballets, such as Cecchetti’s Eve, whose heroine escapes her creditors by joining an expedition whose crew is wiped out by hungry polar bears, are unlikely to be revived. Today, though, ballet flourishes as vigorously as ever, with all the tenacity and vitality which it exacts from those who keep its traditions alive.