Writing in a Time of Crisis: Serhiy Zhadan

The obligation to fight for national cultural and political survival has been the stimulus and curse of Ukrainian writers throughout the existence of modern Ukrainian literature. From the fiery anti-imperial poetry of the national bard Taras Shevchenko, whose work was seen as so dangerous that he was sentenced to ten years of military service and banned from writing in 1847, to the Soviet dissidents of the 1980s, like the poet Vasyl’ Stus, as famous for his complex poetry as for his death in the Gulag in 1985, Ukraine’s poets have drawn inspiration from the instinct for national survival, yet also suffered both political repressions and the aesthetic limitations that this role brings. 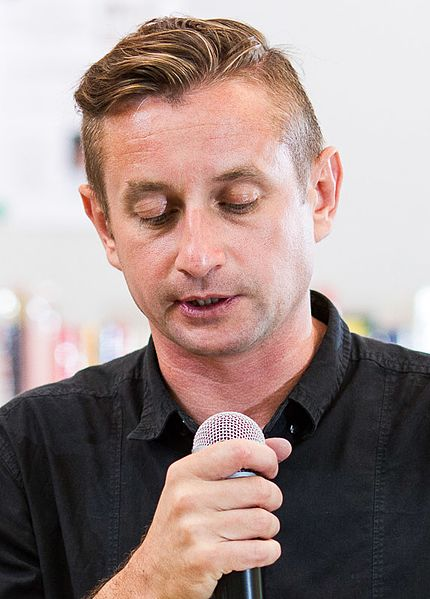 In 1991, when Ukraine finally achieved political independence, it seemed that the role of the writer would change. The generation of promising writers working in the 1980s and 1990s turned away from the old roles of national prophet and spiritual leader. Poets like Iurii Andrukhovych, Viktor Neborak and Oleksandr Irvanets', who made up the “Bu-Ba-Bu” group from the mid-1980s to the early 1990s, developed a new, joyful, carnivalesque literary paradigm – sex, drinking and rock and roll entered Ukrainian culture for the first time. Novelists like Oksana Zabuzhko began to explore Ukrainian identity in previously unthinkable ways, uncovering its darker psychosexual complexes, while writers like Iurii Izdryk experimented with daring postmodernist aesthetics. At the end of the 1990s, on the back of this new wave of post-Soviet Ukrainian literature, a young writer from the farthest eastern reaches of Ukraine appeared on the scene. Serhiy Zhadan was young and streetwise, the epitome of the new Ukrainian literature. His poetry, in early collections like Balady pro viĭnu i vidbudovu (‘Ballads of War and Reconstruction’) tapped in to the best traditions of Ukrainian modernist verse – precisely from that period in the 1920s when, much like in the 1980s/90s, Ukrainian literature experienced a rebirth and joyfully shook off the shackles of the national burden, embracing all that was new and exciting in European literature. (It is no coincidence that the epicentre of this movement was the eastern Ukrainian city of Kharkiv, where Zhadan has lived for most of his life). 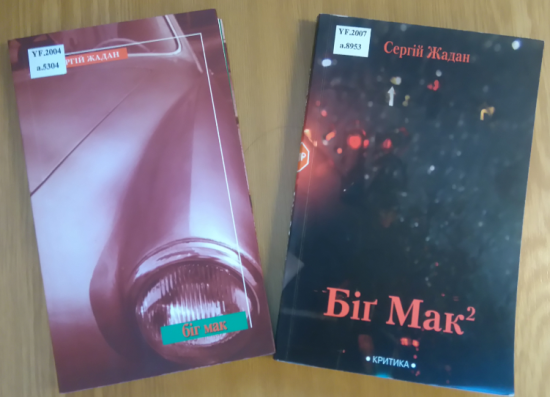 At the same time, Zhadan’s scope was wider than Ukraine: his prose, with its gallery of young losers and dreamers negotiating the treacherous, absurd, and unexpectedly poetic landscapes of Ukraine’s post-industrial eastern cities, also has shades of American writers like Vonnegut, Bukowski, or Kerouac. As the titles of books like the story collection Big Mac (2003) or the novel Depeche Mode (2004) suggest, this is a writer very much attuned to everything Western culture has to offer, from its poets to its pop stars. In the 2000s, Zhadan captured the spirit of the age perfectly, and soon became the rock-star of Ukrainian literature, gathering audiences of hundreds of young people at his poetry readings (a scenario almost unthinkable for poets in the UK and many other countries). Literary rock-stardom later turned into real rock-stardom, as Zhadan formed his own ska-punk band. 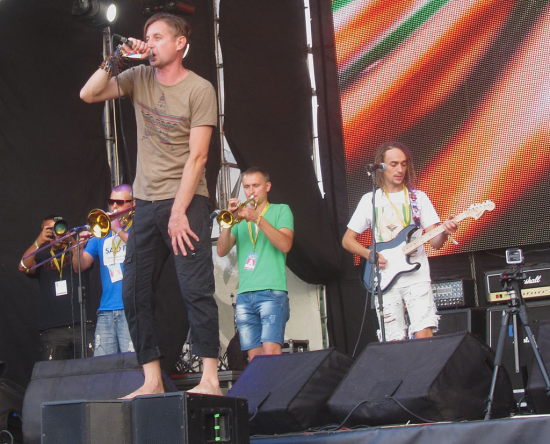 In 2013-14, Ukraine found itself in crisis once again, and with the crisis the spectre of the writer’s national burden reappeared. With the conflict in Donbas, Ukraine’s independence is now under threat once again, and Ukrainian society under the immense strain of war. Here, Zhadan performed a remarkable feat: he stepped into the role of public spokesman in a time of crisis, taking up his writer’s burden, but without losing his independence of voice, his keen sense of irony or his sharp style. Since the onset of the crisis in Ukraine, he has been outspoken in support of the aims of the Euromaidan movement (the creation of a dignified, corruption-free Ukraine liberated from Russian influence), for which he received a beating at the hands of pro-Russian thugs at a protest in Kharkiv in 2014. He has also been active in Ukraine’s remarkable volunteer movement, helping bring not only Ukrainian culture, but also much needed aid to children and young people in the war-affected areas through his own charity organisation. 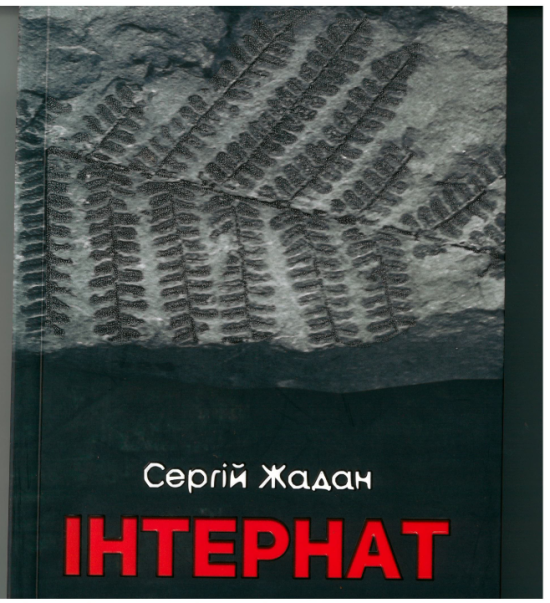 Zhadan has also addressed the recent crisis in his work. He has published poetry freely online, providing a remarkable, real-time poetic response to events that gave solace and support to his thousands of followers. His last novel, Internat (‘The Boarding School’, 2017), is a remarkable account of life in a war-torn eastern Ukrainian city. The war in Donbas has, of course, produced its share of patriotic military prose and verse in Ukraine, but Zhadan’s novel is different: in its portrait of one man’s attempt to travel from one side of the divided city to the other to retrieve his nephew, who is stuck in a boarding school, it captures the bewilderment of the civilian experience of war and provides a subtle portrait of masculinity in crisis. Internat also destroys many of the stereotypes that exist about its author’s native eastern Ukraine. The novel doesn’t deny that certain tensions exist in terms of language, culture and politics, but it shows that these were simply part of the social and cultural complexity of the region, the kind of differences that can be found anywhere: they have little if nothing to do with the war, which was imposed from outside. Whatever their views, the characters are united in their confusion as to how the occupation could have come about, and in their wish to see its end.

For the moment, the eastern towns that Zhadan describes with such wry affection in his work are on the frontline of the war against Russia and its proxies. It does not look as though the conflict will be resolved any time soon. While no Ukrainian wants to have to face this situation, they can at least find some solace in the fact that they have a writer like Zhadan, who is able to rise to the challenge and the responsibilities of being a writer in a time of national crisis with dignity and sensitivity.

Books by Serhiy Zhadan from the British Library's Collections

Translations of Serhiy Zhadan into English:

On 12 November The British Library, in partnership with the Ukrainian Institute in London, will be hosting an evening with Serhiy Zhadan, chaired by Uilleam Blacker, in the British Library Knowledge Centre. For more details and to book tickets, see our website: https://www.bl.uk/events/serhiy-zhadan