Academy and Society in the Balkans

Academy and Society in the Balkans is an unique 12-month research librarianship project based at the British Library. The aim of the project is to survey and bibliographically describe the arts, humanities and sciences publications of Balkan academies held in the British Library. These are stored physically together with the Library’s collections from other academies, usually identified by the characteristic pressmark which is a number preceded by the abbreviation Ac. 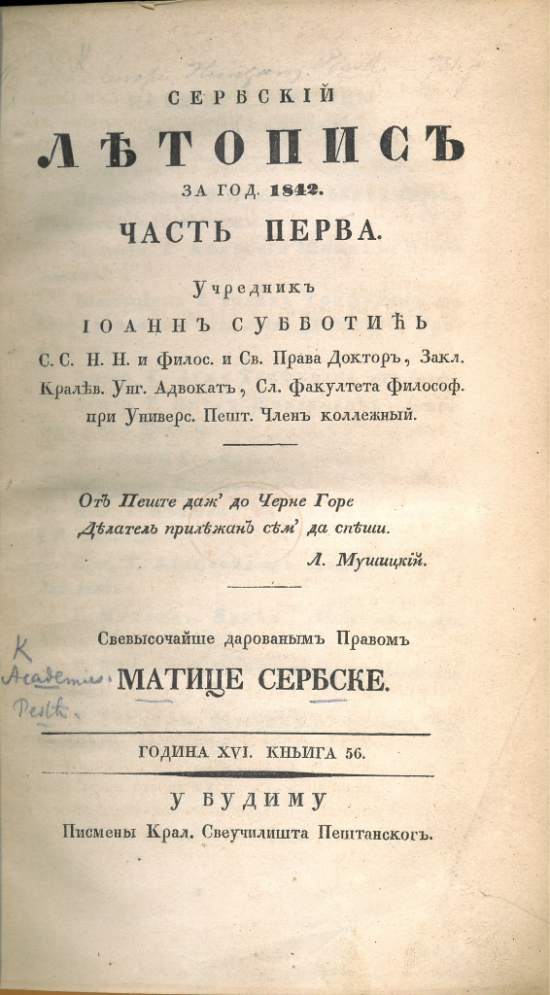 According to F. J. Hill, a former British Library curator, the pressmark Ac was designed for a new shelving scheme in the library between 1860 and 1870. Academies publications accessioned before 1860 were classified differently and dispersed in the British Library collection. Only a small proportion of these pre-1860 publications was subsequently transferred to the Ac pressmark. The pressmark was discontinued in 1965. After this year new titles were assigned to various pressmarks and only serial continuations are still added to the existing Ac pressmarks to date. Initially the project will be looking into Balkan academies publications arranged according to the Ac shelving scheme between 1860 and 1965. In the next stage the aim will be to identify relevant pre-1860 publications and post-1965 publications that are not included in the Ac pressmark range. These publications are held in the collection under various pressmarks and therefore not identified as publications of academies. 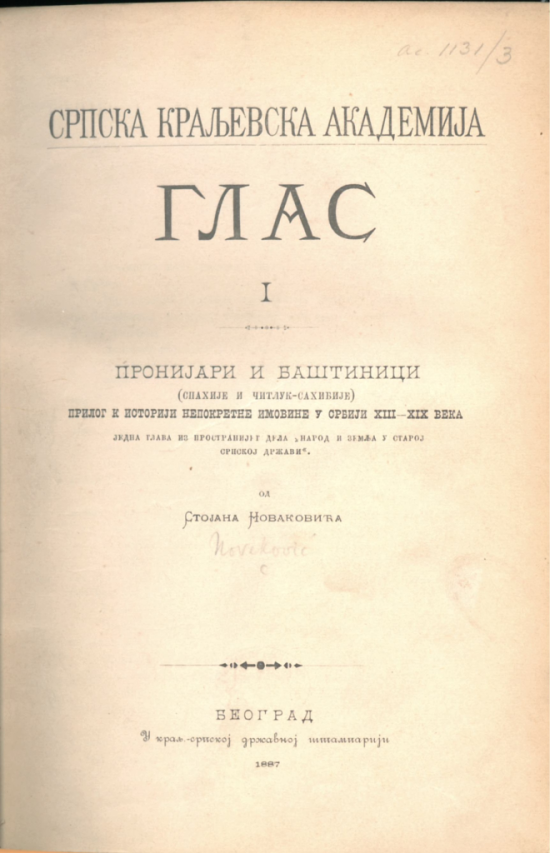 There are two distinct series in the Ac pressmarking and shelving scheme: the first series is a series of general academies arranged topographically by countries followed by towns in alphabetical order in the pressmark range Ac. 1-1997. The second series has the pressmark range Ac. 1998-9999, and is arranged by subject, which used to be a traditional classification and shelving scheme in the Library since its inception in the 1750s. 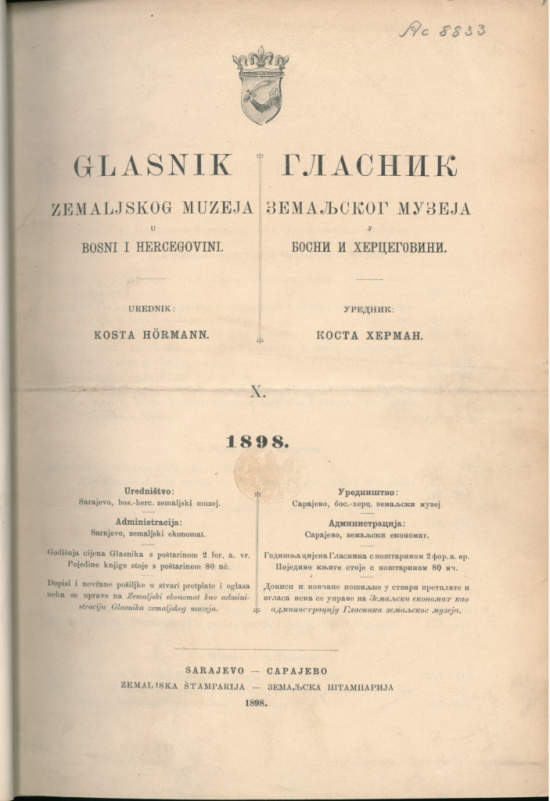 Glasnik Zemaljskog muzeja u Bosni i Hercegovini (Herald of the National Museum of Bosnia and Herzegovina). Vol. 10 ( 1898). Ac.8833.

The majority of publications, examined in the project, were published by academies and their institutes, by universities and colleges and other cultural, research and educational organisations in the second half of the 19th century. These early publishing activities occurred during the period of national revival in the Balkans. After long periods of foreign dominance and cultural imposition, newly formed Balkan academies initially focused on publishing sources for national history, language and literature. These societies supported early scholarship and research into national culture and identity. They were promoters of sciences and modernisation of Balkan society. The scholarly content of these academies’ publications is of great research value as is the significance of the period in which these publications were produced. Both aspects will be explored as the project will try to assess relationship and significance of Balkan academies publications in the library collection. 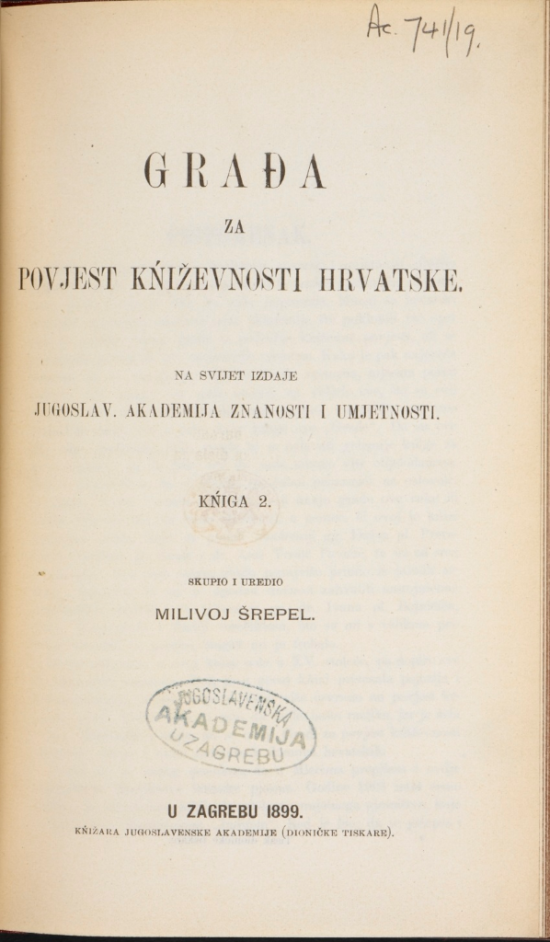 The publishing efforts of Balkan academies coincided with the period of increased acquisition and rapid growth of the collections in the then British Museum Library, which began acquiring publications from the Balkans by purchase and gift in the mid-19th century.

The bibliographical side of the Academy and Society in the Balkans project will mainly deal with intricate academies series and subseries, editions and serial parts in their most elaborate forms. The research part of the project will trace the provenance of Balkan academies publications by recording and examining ownership stamps in the collection items. This research should provide an insight and better understanding of the British Library Balkan collections as a whole, their acquisition and development over time. 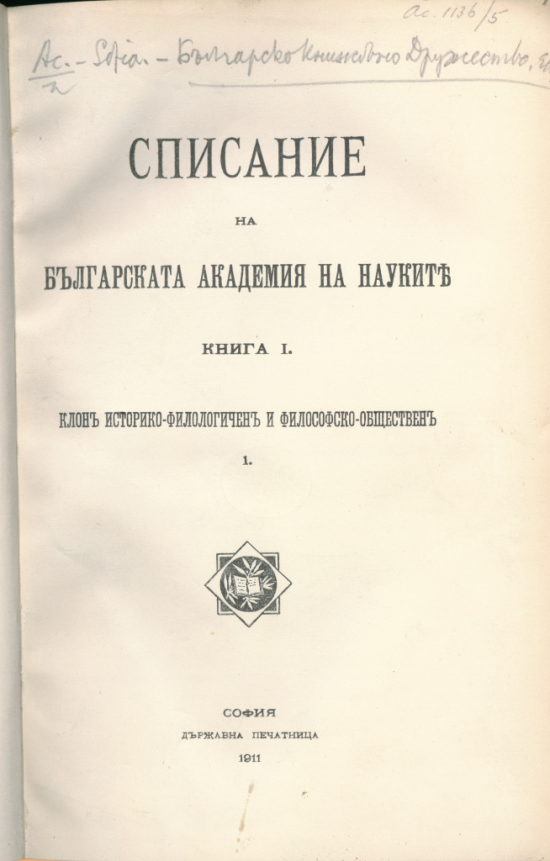 Publications from academies in nine Balkan countries (Albania, Bosnia and Herzegovina, Bulgaria, Croatia, Macedonia, Montenegro, Romania, Serbia and Slovenia) will be consulted, in six languages (Albanian, Bulgarian, Macedonian, Romanian, Serbo-Croatian and Slovenian), and in both Cyrillic and Roman scripts. A desirable outcome of the project would be an online collection guide and a survey of complementary holdings in other institutions in the UK and in country of origin. On a more practical level the project should gather information for conservation and preservation of these valuable collections. Equally it will allow us to identify gaps in the collections as it would inform possible acquisition of new titles and provide ideas for further collection development in this area. 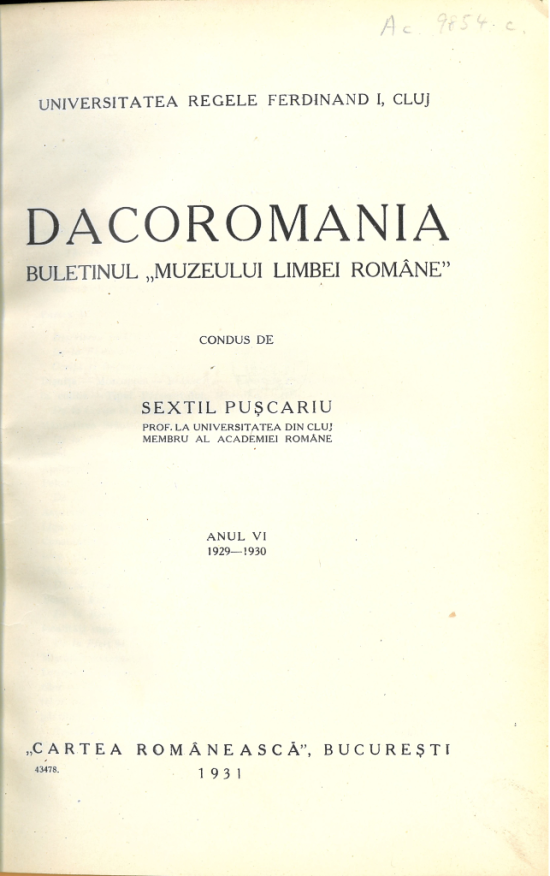 Finally we should be able to explore and present the content of these collections by creating analytical records or by upgrading the existing historic catalogue records to include subject, language and other useful information for research and discovery. 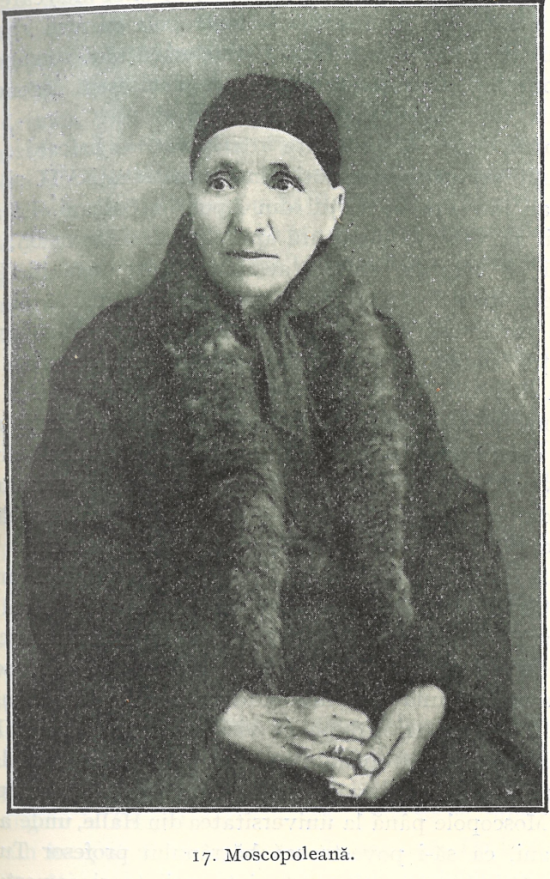 This project is generously supported by the Chevening British Library Fellowship, a collaboration between the United Kingdom Foreign and Commonwealth Office and the British Library. 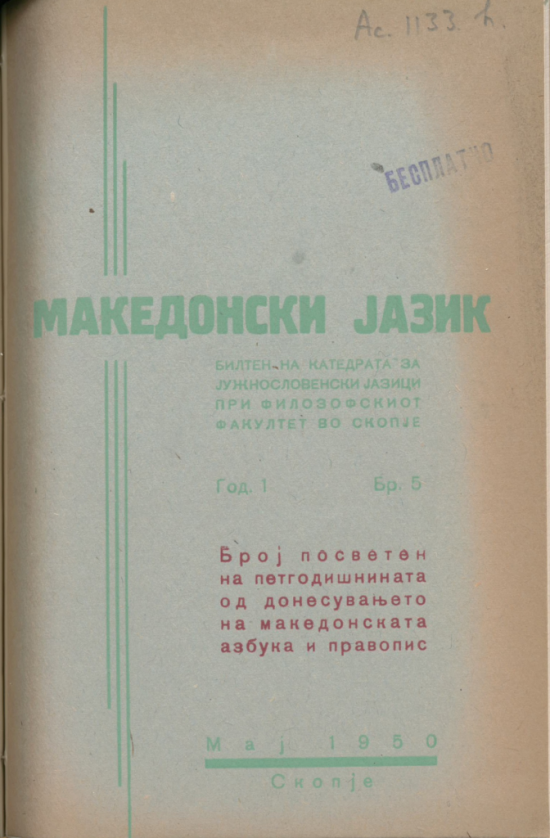 Makedonski jazik (Macedonian Language). Inscription in red lettering on cover: “An issue dedicated to the fifth anniversary of the creation of the Macedonian alphabet and orthography”. Issue 5 (1950). Ac.1133.h. 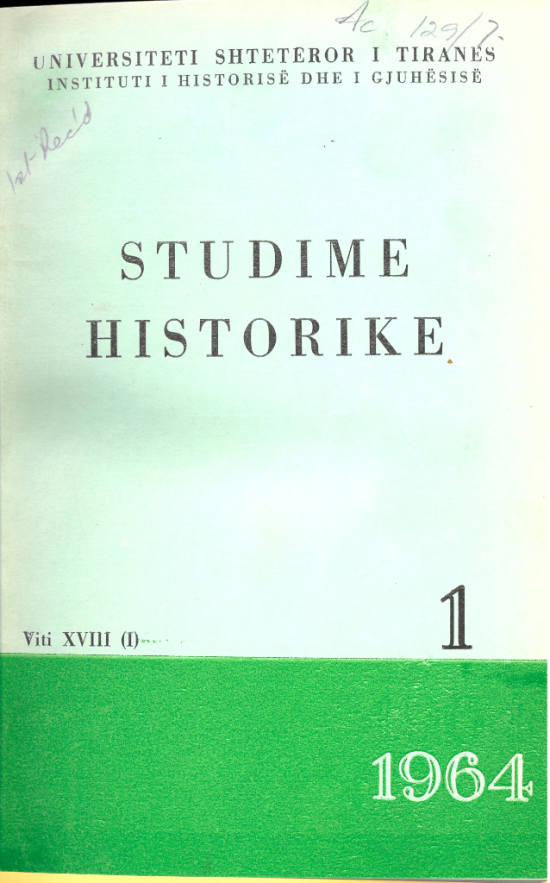 We welcome this opportunity in the British Library and we are looking forward to working with the Chevening Fellow on this exciting project.