The Serbian community in Britain recently commemorated the 60th anniversary of the death of Louise, Lady Paget and celebrated her life and her work for Serbia.

Lady Paget (1881-1958) is known for her humanitarian and hospital work in the Balkans during the First World War. Among the Serbs, she is remembered as a best friend in need.

She arrived in Belgrade in 1910 with her husband Sir Ralph Paget who served there as British Minister to Serbia. Her early hospital work in this country began during the Balkan Wars (1912-13). While in Serbia, Lady Paget’s humanitarian engagement was closely associated with a Serbian national charitable organisation called the League of Serbian Women (Kolo srpskih sestara). 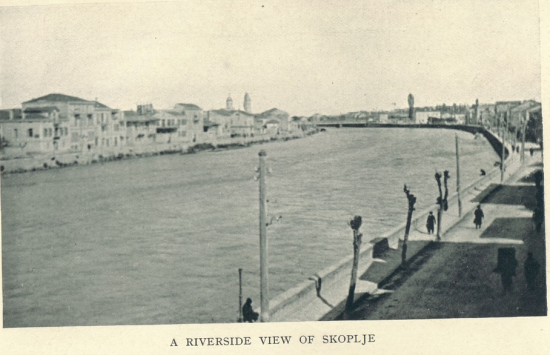 At the beginning of the First World War Lady Paget was among a group of Balkan experts and Serbian friends in London, who founded a charity for wounded and sick people in Serbia, named the Serbian Relief Fund. She was soon put in charge of the first Serbian Relief Fund’s hospital, which arrived in Skopje in November 1914. 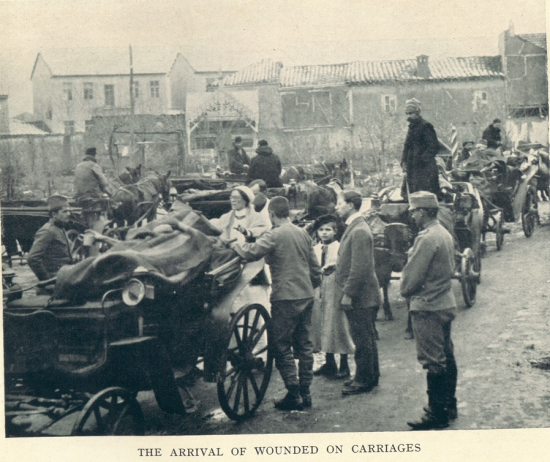 The hospital workload during the first two months was extremely demanding and challenging. The epidemic of typhus, which spread rapidly throughout the country like wildfire, was to assume serious proportions in the Serbian Relief Fund’s hospital in Skopje too. In Serbia half a million people suffered from this epidemic and over 100,000 died from infectious diseases. 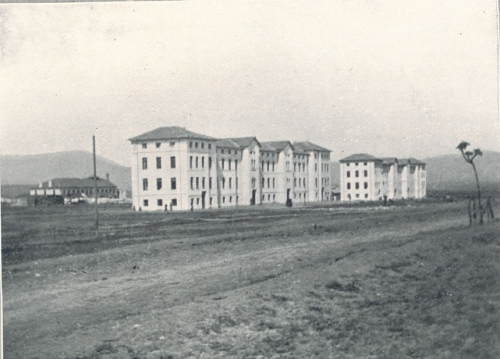 The Typhus Colony in Skopje. From Mead, op. cit.

To fight typhus, Lady Paget’s hospital arranged a group of buildings known as the Typhus Colony in Skopje. This were soon to become – thanks to its organisation, knowledgeable staff and efficient scheme for isolating patients – a model fever hospital for the whole of the country, despite difficult general conditions in Skopje. 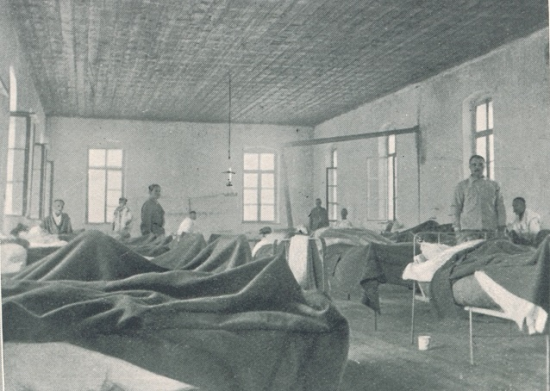 Lady Paget and other members of the staff went down with typhus themselves but, despite all the hardships and dangers, the Serbian Relief Fund’s hospital in Skopje held the proud record of not having lost a single member of its British staff, all of whom were nursed back to health at the Typhus Colony in Skopje. 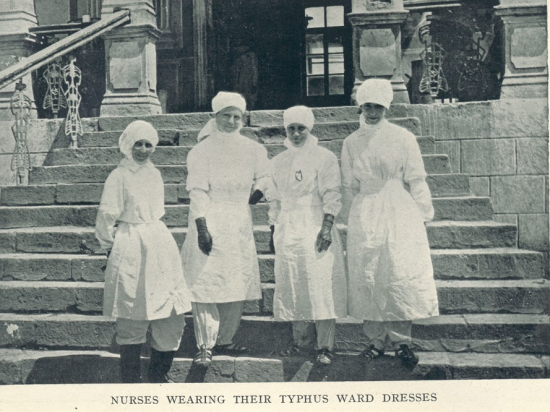 At the time of Lady Paget’s departure from Skopje in 1915 a Serbian tribute appeared in a local paper which read: “The members of Lady Paget’s mission have left with us the happiest memories. Our thanks and our gratitude for their work of devotion can have no limits, for they have done far, far more than we could ever have dared to ask or to expect. The Serbian race will never have words enough to express its gratitude to these members of a nation, the humanity of which has always been a tradition.” 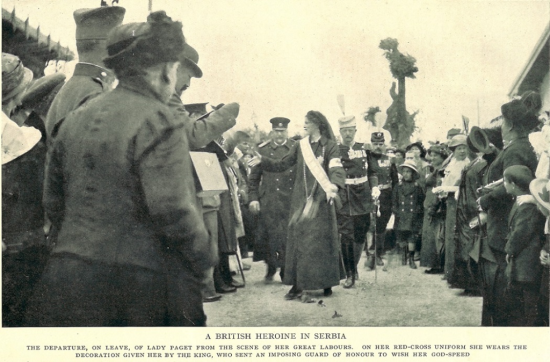 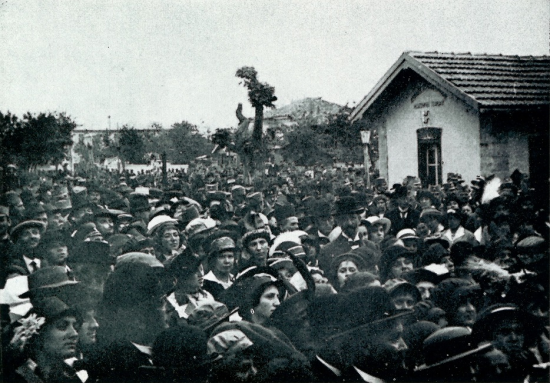 After the First World War Lady Paget led a quiet life with her husband in Kent before moving to Warren House, her late father’s mansion at Kingston Hill, Kingston upon Thames. During the Second World War she had Warren House turned into a convalescent home for wounded soldiers who were treated at the Kingston Hospital. 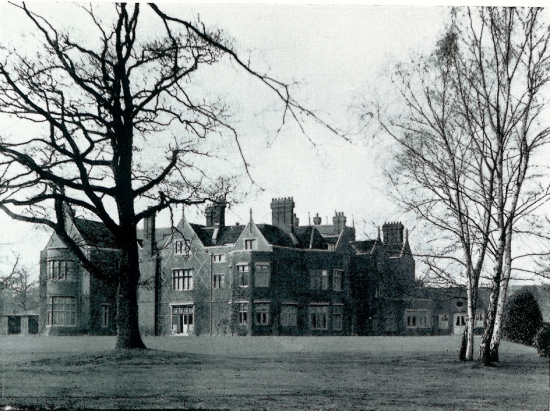 Warren House also became a friendly meeting place for Serbian exiles during and after the Second World War. The number of Serbian displaced persons and refugees in Britain in 1948 amounted to about 10,000 people. These were mostly former prisoners of war and students. Lady Paget supported a large number of Serbian students both in Britain and abroad. According to a contemporary Serbian account she spent a fortune on their education.

Irinej Djordjević, Bishop of Dalmatia and former president of the Society of Great Britain and America in Yugoslavia, was among the first post-war refugees whom Lady Paget brought to London to support the mission of the Serbian church in Britain.

Next to the Yugoslav King Peter II and his mother Queen Mary, Lady Paget was one of the greatest benefactors of the Serbian Church of St Sava in London. 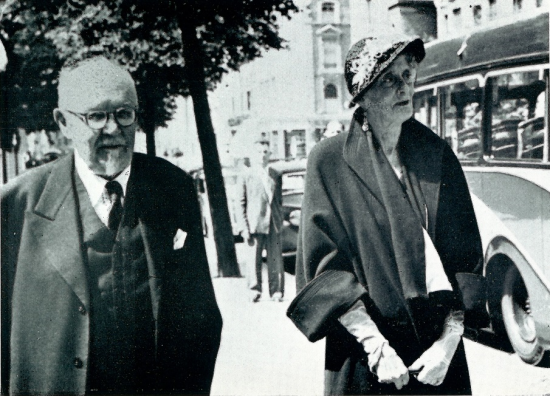 At the dedication service on the occasion of the opening of the Serbian Church of St. Sava in London on 29 June 1952. Lady Paget and Professor Slobodan Jovanović, the prime minister of the Royal Yugoslav Government in exile in London 1942-43. From Spomenica Ledi Pedžet.

After the First World War generations in Serbia venerated the name of Lady Paget and a street in Belgrade was named after her. A generation that lost their country in the Second World War created a lasting tribute in Spomenica Ledi Pedžet (‘The Memorial to Lady Paget’) published after her death. One of the testimonies published in the Memorial summed up the life of Lady Paget in one sentence: “For her, everything was about work, but her work was in the shadows.”