Signed by the artist: the free and honest life of Oscar Rabin

On 8 November 2018, the exhibition ‘Two Ways’ presenting Oscar Rabin and Tatyana Lysak-Polischuk opened at the Florence branch of the St. Petersburg State Academic Institute of Painting, Sculpture and Architecture, named after Ilya Repin. From the news, we also learned that the 90-year old Oscar Rabin had died one day earlier in a Florence hospital. 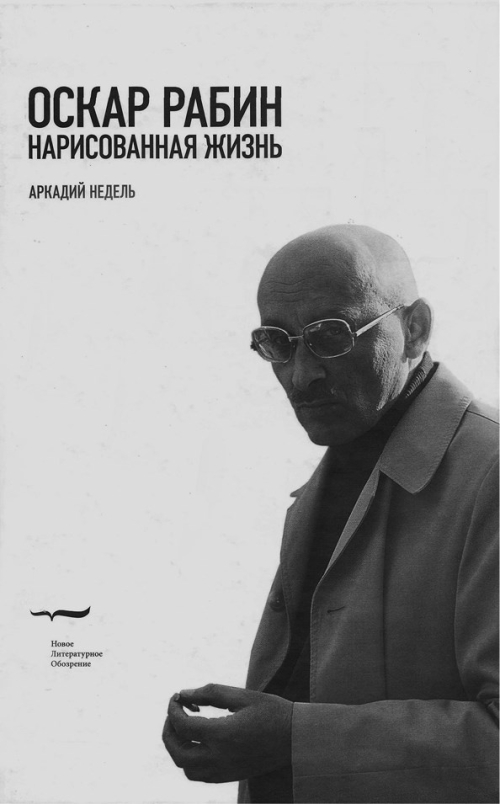 Rabin was born in Moscow to a family of doctors. Both of his parents had died before Oscar reached adulthood, so the teenager had to learn to provide for himself. Sometimes living in slums and earning money by hard manual and unskilled labour, Rabin kept studying fine art first at the art studio led by poet, composer and artist Evgenii Kropivnitskii and later at higher education institutions in Riga and Moscow. Although Rabin’s talent was recognised by his teachers and peers, he was soon expelled from the course, when started deviating from socialist realism. Having married Kropivnitskii’s daughter Valentina, who developed into an original artist in her own right, Oscar was also close to his first teacher and shared his ideological and artistic views. In the late 1950s, several young nonconformist artists formed the so called Lianozovo group with Kropivnitskii and his family, including Valentina, Oscar and his son Lev (1922-1994) at the heart of it. Fresh and naive pictures by Rabin were the first manifestations of Soviet pop-art. 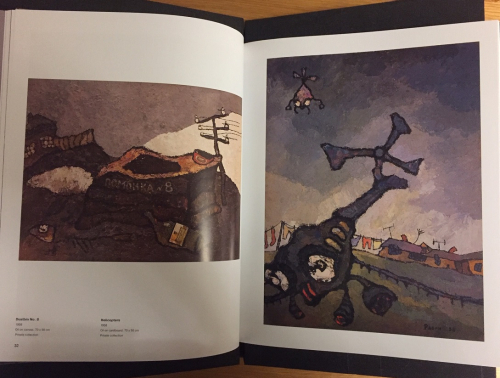 In the 1960s, Rabin managed to earn his living by illustrating small books of poetry, but soon foreign art critics and collectors took interest in his works, which brought him financial benefit and international fame, but at the same time unwelcome and intrusive attention of the Soviet authorities. The first time Rabin’s pictures were exhibited abroad was in London in 1964. This show was followed by his first personal exhibition at Grosvenor Gallery. At the same time, at home his paintings were criticised for being ‘depressive’, ‘squalid’, ‘repulsive’ and ‘lacking positive socialist message’. After Rabin took part in the famous Bulldozer Exhibition, he was forced to leave the Soviet Union and from 1977 lived in Paris. In June 1978 his Soviet citizenship was revoked, which was a common practice exercised by the KGB toward dissidents. Passports and visas are re-occurring motives of Rabin’s pictures, telling the story of an individual and the country, which does not accept her most talented sons and daughters, only because they wanted to be free and honest. 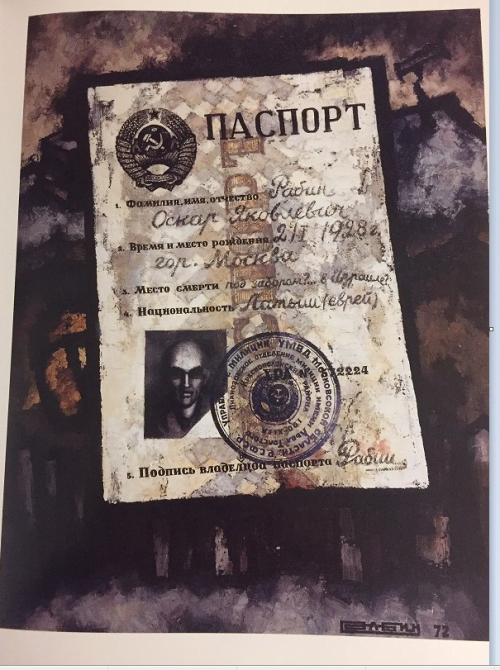 Free and honest, Rabin was all his life. After the collapse of the USSR, Rabin’s art was also mistreated as being too political and formal and only in the 21st century were his works given full acceptance in Russia. During his life, Rabin had nearly 30 personal exhibitions and his pictures are held in big state and private collections. In the British Library, we have catalogues of Rabin’s major exhibitions and books about him, which can be found in our online catalogue, including several copies signed by the artist himself just in 2016. 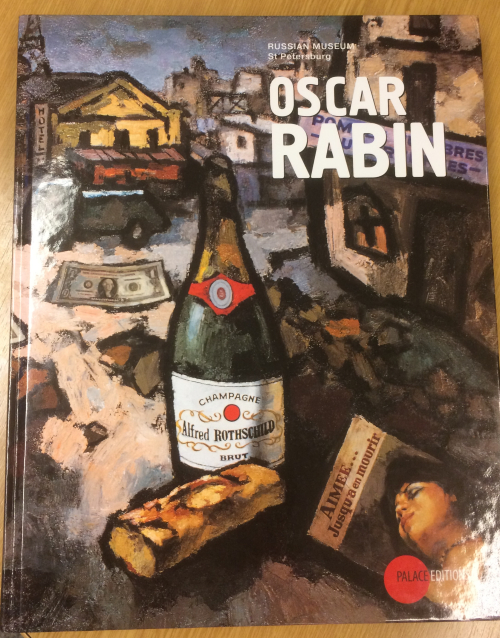 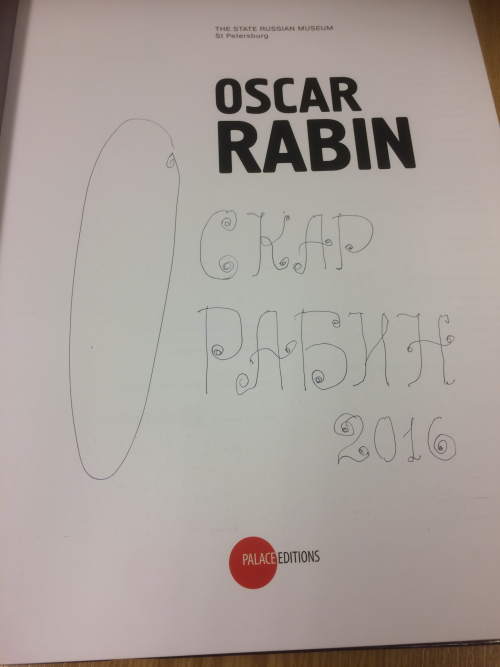