“I let myself go, but as soon as I noticed it would not have the desired effect I withdrew.” 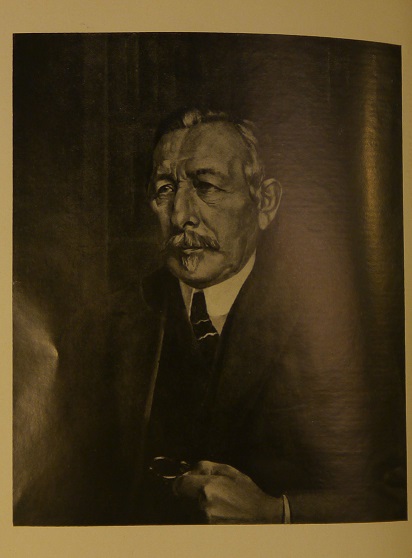 Following the failures of the Second International in 1916 and of the peace conference in Stockholm in 1917 he advocated direct action when parliamentary processes failed. “What is left of the Internationale in the Netherlands”, cartoon by Louis de Leeuw from De Roskam, October 1916. Reproduced in A.H. Hahn, Troelstra in de karikatuur (Amsterdam, 1920) X.429/4421.

Troelstra deemed the time ripe for a revolution in the Netherlands, following food riots and an uprising on an army base. “… And when the revolution is there, Pieter Jelles is ready.” Cartoon by Jan Sluyters from De Nieuwe Amsterdammer, 9 February 1918. Reproduced in Troelstra in de karikatuur.

Going against his own party and without their prior knowledge he held two speeches: in Rotterdam in front of dock workers on 11 November and in Parliament on 12 November, where he called upon the government to step aside for a socialist regime ans claimed that if they did not do so peacefully he would not rule out the use of violence. He then went home and waited for events to happen!

Whilst he was resting others were frantically busy organising a counter-revolution.

Leading figures were the secretaries of one of the directors of the Bataafse Petroleum Maatschappij (precursor of Shell) Hendrik Colijn, H.H.A. Gybland Oosterhoff and F.C Gerretson.

Colijn happened to be in London, where he negotiated an economic agreement, including food supplies. Gerretson & Oosterhoff contacted British Ambassador in The Hague, Walter Townley, on the evening of 12 November asking him to forward a telegram from Colijn’s party, but written by Gerretson, urging him to press Foreign Secretary Arthur Balfour to strongly emphasis that any food supplies would only be sent to the ‘Royal Government of the Netherlands’, and none would be forthcoming in case of disorder.

This happened and the strong warning was sent to the Dutch Government who immediately passed it on to the people in the form of a proclamation, issued on 13 of November. 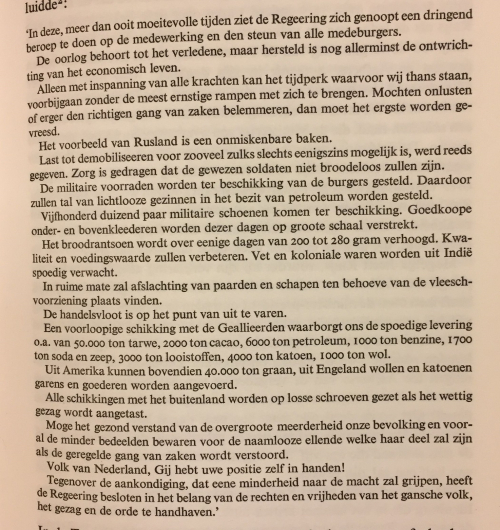 This seemed to have had the desired effect, for Townley wired to Balfour on the 14th of November that “the proclamation had worked wonders” and suggested publishing a similar notice in London.

Meanwhile the largest Dutch trade union, the N.V.V., had distanced itself from Troelstra, as did his own party. It became clear that calling for a revolution on the basis of events in Germany had been a grave miscalculation. 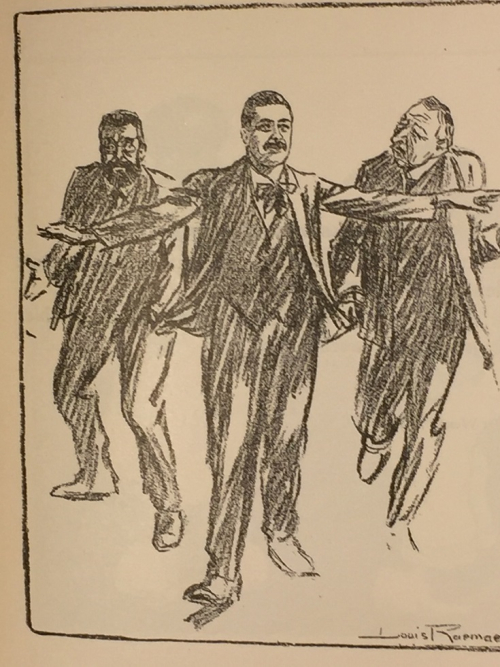 “The N.V.V, Wijnkoop and Troelstra. Stenhuis (Secr. Gen N.V.V.): Let go of my jacket, we’re going our own way.” Cartoon by Louis Raedemaekers, from De Courant, 22 March 1920. Reproduced in Troelstra in de karikatuur

On 14 November Troelstra was back in Parliament, admitting he had made an error. He claimed never to have called for a coup-d’état, nor advocated violence. This U-turn caused some unrest in the gallery to the extent that the speaker had to call for order. 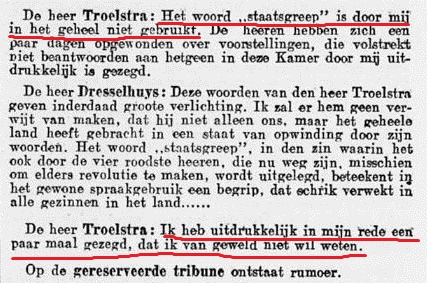 The government has regained its grip, both mentally and in practice and the Dutch had shown their loyalty to the House of Orange in a mass demonstration in The Hague, on Monday 18th where the queen and her family were present. Townley gives a nice summary of events in his despatch to Balfour of that day, covered in the Rijskgeschiedkundige Publicatiën, vol 145, pages 619-624. He mentions the small group of people who ‘spontaneously’ unharnessed the horses in front of the queen’s carriage and pulled it themselves, a story that became a legend, although it later proved to have been a thoroughly rehearsed plan.

The consequences of Troelstra’s ‘mistake’ were that some of the social reforms that his socialist party had demanded were widely supported, resulting in an eight-hour day and 45 hour working week, more social housing, higher wages for civil servants and women’s suffrage!

Troelstra himself never gave up the idea of the possibility of revolution, should democracy fail. 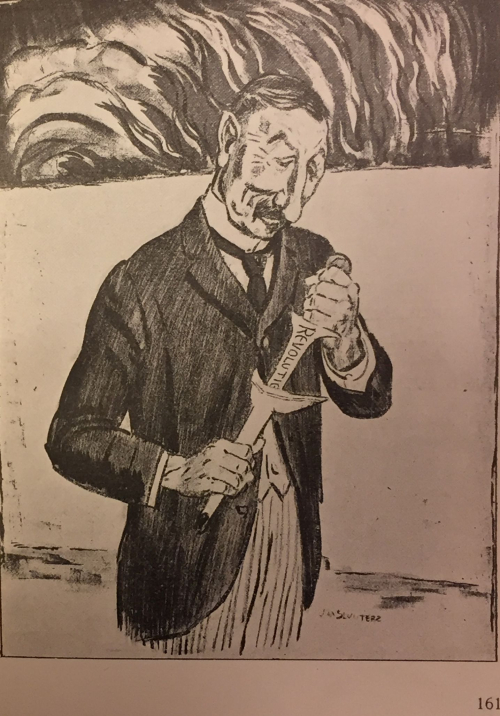 “The coquette politician. Mr Troelstra: ‘Such a dear knife! But…. What if it cuts the party in two?’”  Cartoon by Jan Sluyters from De Nieuwe Groene, 22 March 1919, reproduced in Troelstra in de karikatuur