Wilamowice, a small town in southern Poland in the Silesian voivodeship, is the home of speakers of one of the most endangered languages on the linguistic map of Europe according to UNESCO’s Atlas of the world’s languages in danger (Paris, 2010; fm10/.1073). The language is known under a few names: Wymysorys, Vilamovian or Wilamowicean. Linguists tend to consider it one of the West German dialects, though the origin of the speakers is not clear. 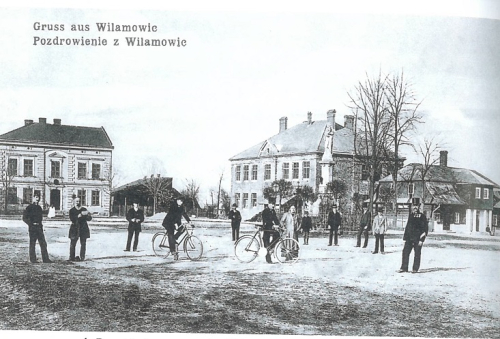 In the 13th century, during the Mongol invasion the native Slavic population of the area was greatly reduced. It was later colonised by German, Scottish and Flemish settlers. In the course of a few centuries the foreign colonists blended into the local communities, with one exception, i.e. Wilamowice. The inhabitants of this town have always considered themselves to be people of Flemish descent preserving their distinctive language, costumes and customs. 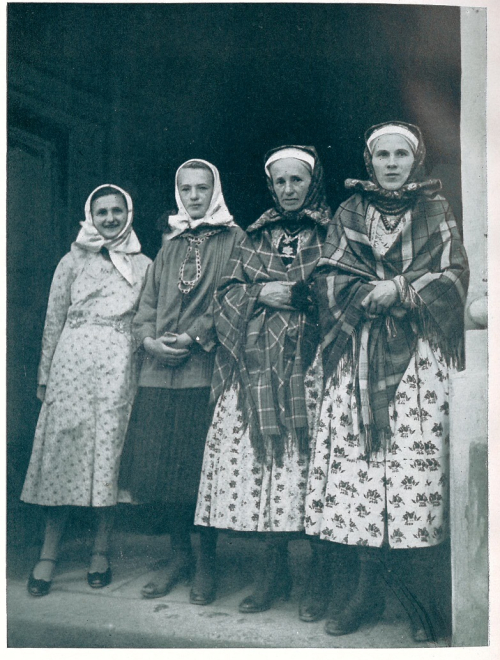 Women from Wilamowice in the 1930s. The two on the right wear traditional costumes, the two on the left wear a more modernised variation. From Viktor Kauder, Das Deutschtum in der Wojewodschaft Schlesien (Plauen, 1937) 010291.i.38

After the partition of Poland in the late 18th century the area was under Austrian rule until the end of the First World War. German and Polish were the dominant languages. To sort out the linguistic issue of Wilamowice, in 1875 the authorities introduced Polish as an official language. This was the first step towards the polonisation of the town. Although education was offered both in Polish and German, most parents chose to send their children to Polish-language schools with German and the local dialect also taught. The only period when German became compulsory was during the Nazi occupation of Poland in the years 1939-1945. The Polish language was abandoned and, in some cases, forbidden from the official use, whereas Vilamovian, viewed by the Nazis as the local dialect of German, was even promoted. However the slow decline of the dialect had already started at the end of the 19th century, and apart from this short revival in the Second World War, it got almost extinguished in the Polish People’s Republic.

The Vilamovians were regarded by the post-Second World War communist authorities as Germans despite the fact that they stressed their Flemish origin. During the war the majority of the Vilamovians had been forced to accept the Volksliste and as a result they were subject to a harsh treatment in communist Poland. In the postwar period many people were arrested and their property was confiscated; some families were persuaded to relocate to the “Recovered Territories”. A decree issued in 1946 banned the use of the dialect and costumes. Soon people stopped speaking and teaching Vilamovian to avoid severe punishment. The social structure of the town also changed and many newcomers mixed with the native population. The ban was eventually lifted, but by that time no young people could speak or understand the language. The postwar period was the most traumatic in the long history of Wilamowice.

Vilamovian has seen a revival of interest among young members of the community in the last decade. Academics have also engaged in language revitalization, and Vilamovian can now be studied at the University of Warsaw. Nowadays about 300 people can understand it and approximately 60 people have the ability to speak it with varying degrees of fluency. It has been recognized as a separate language by a number of international bodies, but in Poland it has not yet been given the official status of a regional language.

You can read some poems in Vilamovian (with Polish and German translations) here, and listen to the language being spoken by a native of Wilamowice in this YouTube clip. 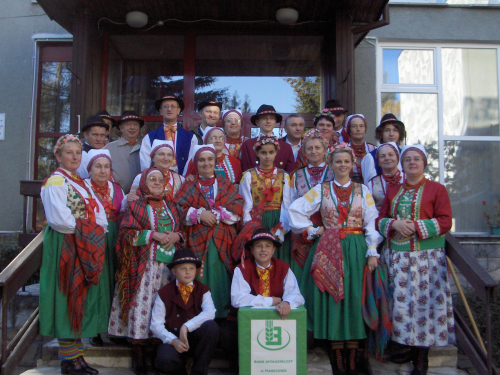 Tomasz Wicherkiewicz, The making of a language: the case of the idiom of Wilamowice, southern Poland, Trends in linguistics. Documentation; 19. (Berlin, 2003). YD.2005.a.3195

Posted by Olga Kerziouk at 2:27 PM