The last home of the poet and humanist Petrarch (Francesco Petrarca, 1304-1374) in the small Northern Italian town of Arquà became a place of literary pilgrimage and tourism early on. Successive 16th-century owners of the house emphasized its connection with Petrarch, among other things by commissioning frescoes depicting his life and works, and welcomed travellers to see the home of the great man.

Travel accounts from the late 16th century onwards describe the house and its various artefacts associated with the poet. Alongside the things one would expect to see in such a place – Petrarch’s chair, the cupboard where he kept his books and so on – the accounts also mention the rather ghoulish exhibit of a mummified cat. In a mock epitaph inscribed beneath its body, the cat claims to have been dearer to the poet even than his beloved muse Laura because, while Laura inspired Petrarch’s verses, the cat ensured their survival by protecting the manuscripts from the gnawing teeth of mice. 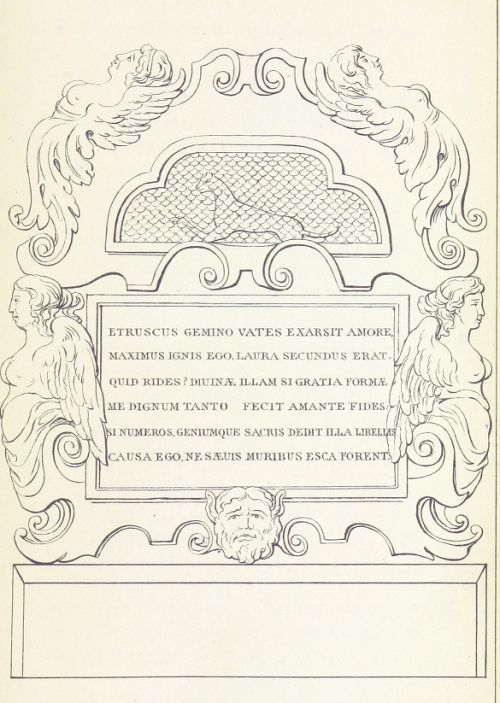 The French traveller Nicholas Audebert (whose account is preserved in the British Library, Lansdowne MS 720) visited the house in 1575 and was told that the cat had belonged to Petrarch and used to accompany him everywhere. Accounts by Fynes Moryson and Giacomo Filippo Tomasini, published in 1617 and 1623 respectively, also mentioned the feline monument, and in 1635 the first picture of it appeared in a work by Giacomo Filippo Tomasini, Petrarcha Redivivus. Here the poor creature is exposed on a plinth, rather than in a niche with the epitaph beneath as it is more usually shown and described, although Tomasini does reproduce the text of the epitaph. 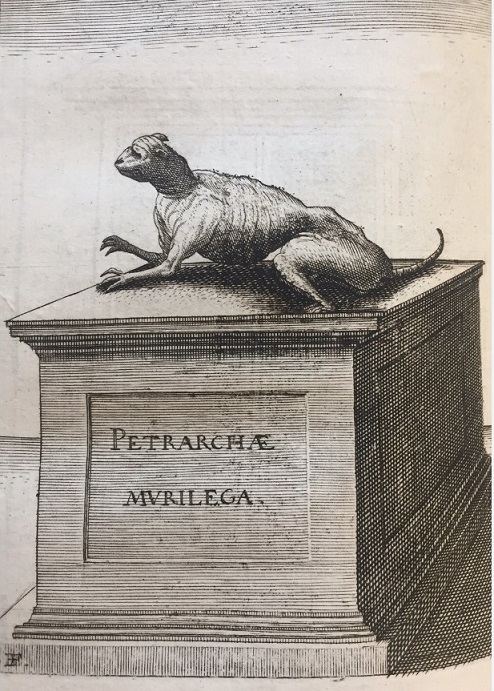 The cat continued to capture the attention of visitors. Byron – himself a keeper of many pets – was apparently delighted by it and the German poet August von Platen dedicated an epigram to it. The monument still features in modern tourists’ TripAdvisor reviews. The story of Petrarch’s beloved pet, the faithful companion and comfort of his last years has appealed to generations of cat-lovers. 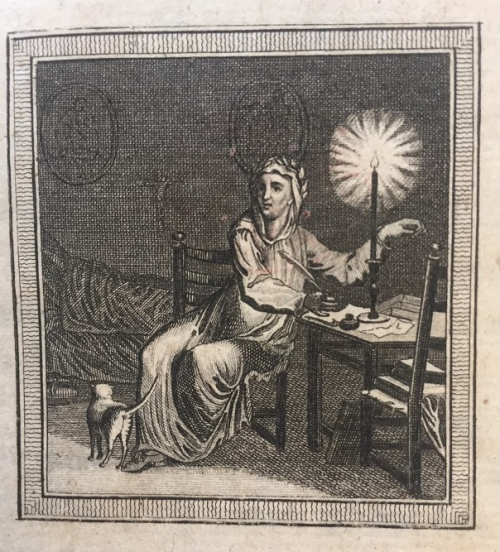 However, there is one drawback to this touching tale: we have no evidence that Petrarch ever owned a cat. Although he makes some mention of his dogs in his letters, and a 2-line epitaph to a little dog called Zabot is attributed to him, there is nothing about any cat. This is surely particularly surprising if he owned a cat so dear to him that he chose to commemorate it after its death. Also, both the mummified cat and the inscription are thought to date from the 16th century, long after Petrarch’s death. So how did the association come about?

The most likely theory is that it originates from early depictions of Petrarch in illuminated manuscripts where he is sometimes shown with a small dog (a reference to little Zabot?) and occasionally with a cat. In one manuscript of ca 1420, held in the Biblioteca Medicea Laurenziana in Florence (MS Strozzi 172), a cat is even depicted chasing a mouse in Petrarch’s study, the very job described in the epitaph of his supposed pet. But rather than a realistic depiction of Petrarch’s domestic life and pets, it is more likely that both animals are, in the words of J.B. Trapp, “in some sense a replacement for the lion that legend gave to St Jerome for a companion in his studies.” 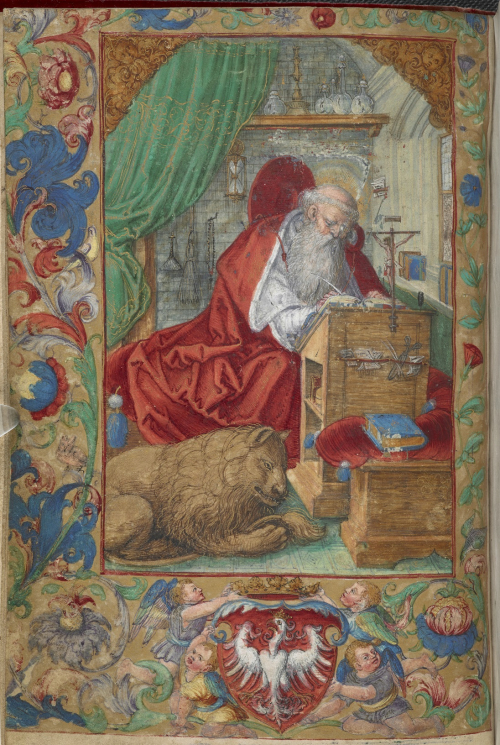 Nonetheless, it is credible that familiarity with such images might have inspired the 16th-century owners of Petrarch’s house to invent the story of the poet’s beloved cat. It has even been suggested by the author of the Shaping Sense blog that the monument was set up as a kind of mockery of the cult of literary pilgrimage and literary relics that its creators were simultaneously trying to encourage.

Whatever the truth, the cat’s story continues to flourish, especially in the online world. An internet search brings up both sober discussions of the story’s reliability and fanciful tales about the mutual affection of the animal and its master. Various German websites (such as this one) even attribute to Petrarch the words, “Humanity can be roughly divided into two groups: cat lovers and those who are disadvantaged in life”, and you can buy a variety of tote bags, fridge magnets and the like bearing this decidedly un-Petrarchan saying with its undoubtedly false attribution. 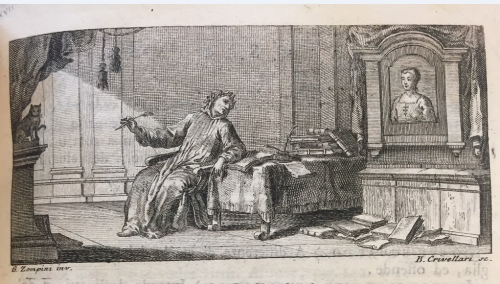 Caught between his two loves? Petrarch gazes at a picture of Laura while his cat looks on. Engraving by Bartolomeo Crivellari from a drawing by Gaetani Gherardo Zompini, from vol. 2 of Le Rime del Petrarca brevemente esposte per L. Castelvetro ... (Venice, 1756) 638.i.7.

Whether or not Petrarch truly owned and loved a cat, we can safely say he would have been astounded by the physical and literary afterlife of such a creature.

The free British Library exhibition Cats on the Page continues until 17 March 2019, with a series of accompanying events for all ages and interests.