Pan Kotsky, or ‘Mister Cat’, if we translate his name literally, is the most famous cat in Ukrainian folklore. You will find him in virtually any anthology of traditional children’s tales . What does the story tell us about the Ukrainian way of life? 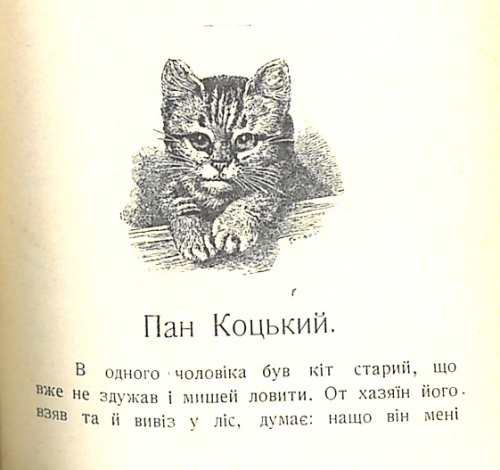 The tale tells how a cat was too old to be able to do his job properly – catching mice - and his master decided to dump him in a forest. A dark and horrible future was waiting for the cat: he would slowly die of hunger and loneliness. But all of a sudden, our poor puss was given a second chance. A Lady Fox met him in the wood and became interested.

“What’s your name?" She asked.
“Pan Kotsky.”
“Great! Be my husband!”
“What a kind proposal!” thought the cat and agreed.

And they form a ‘typical’ Ukrainian couple often depicted in Ukrainian folklore: a clever and active woman with a kind and passive man. The Lady Fox cherishes her husband and presents him to the community. The Hare is the first to come to the house, and the Lady Fox announces her new situation: “Beware of my husband, Pan Kotsky, he’s fierce and will easily tear you to pieces!”

And the Hare believes her! The same happens with the other villagers: the Wolf, the Bear and the Boar. All of them are afraid of the new master of the forest.

“Let’s prepare a supper and invite him!” they decide. But nobody has enough courage to invite the fearsome Pan Kotsky personally, and so the Hare has no choice but go to the Lady Fox’s house. She plays her role awesomely well: “I’ll come with him, but hide away! Or he will tear you to pieces!!!” The others have no reason not to believe her, so the Bear climbs a tree, the Wolf hides behind a bush and the Boar finds a hole in the woodpile…

The table is full of tasty food and drink, waiting for the guests to dine. Pan Kotsky is a simple fellow and does not have good manners; he is just a peasant. He climbs on the table and starts to gorge himself on the meat. All of a sudden a mosquito decides to bite the Boar, who moves in his hiding place. Our cat does not forget his instincts and catches what he thinks is a mouse - but it is the Boar’s tail! The Boar roars and terrifies Pan Kotsky who promptly jumps into the tree, where he accidentally disturbs the Bear… What a row! The surprised Bear falls on the Wolf and hurts the Hare, and all of them think they are going to die…

The image of Pan Kotsky as the most dangerous creature in the wood is well established now! 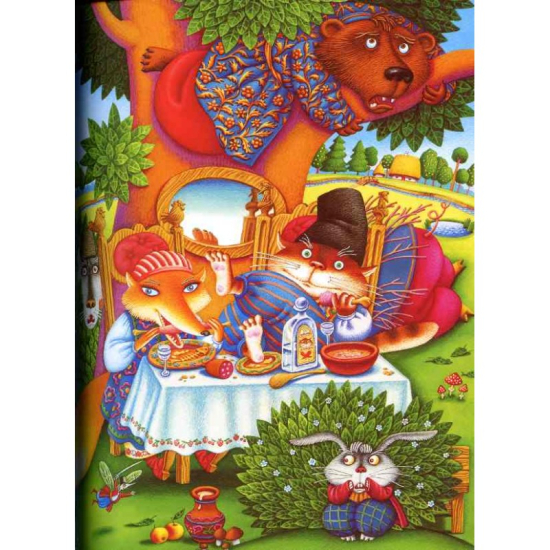 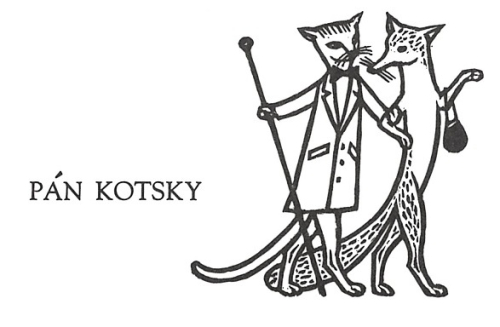 A conwoman and a conman, sly, dishonest and manipulative? Yes! In real life characters like them often succeed beautifully. The Lady Fox had her ‘LOL’ moment, and she and her husband do not seem to be punished in this tale for what they’ve done. They are the winners. It is a story of what the French call ‘être et paraître’, ‘to be and to appear’. A good image is more effective than actual status: fake it until you make it! It’s perfectly understandable in our own era of Instagram domination.

But we can see a different interpretation here, from Pan Kotsky’s point of view. Even if you are old and apparently useless, do not give up! You may still get a second chance. Maintain a positive attitude in life, stay open to opportunities…

The tale of Pan Kotsky inspired the Ukrainian composer Mykola Lysenko to compose an opera of the same title in 1891, and the writer Borys Hrinchenko  to write a version of the tale in 1904. In 1969 an animated film of the story, The Scary Creature, was created by a Kyiv animation studio - and many Ukrainian children are lucky enough to see Pan Kotsky on the stage! 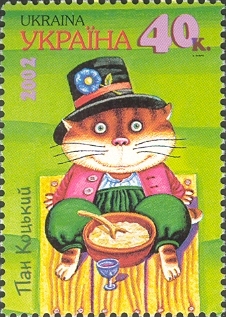