You can’t go out dressed like that! A crack-down on extravagance in 17th-century Lisbon

A recent acquisition lays down the law on who could wear what in the streets of Portugal. 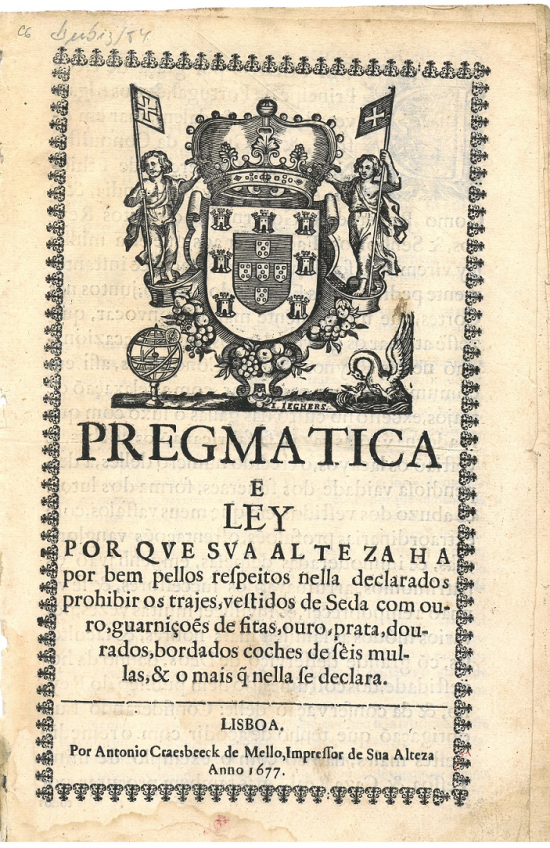 The decree stretched from from Portugal to the Cape of Good Hope.

Prince Regent Dom Pedro, responding to requests from Parliament, wishes to halt the harm to the state caused by excessive expenditure on finery, the decoration of houses (I think he means the exteriors), the design of coaches, the clothing of lackeys and the increase in their numbers, extravagant expense on funerals. The finest families are being reduced to penury by this profligacy.

He forbids the use of gold or silver (real or imitation) as decoration (except in a few cases, in small amounts, and when the fabric was made in India), the wearing of long gowns except by the clergy and the university students of Coimbra and Evora, and clothing made from fabric not manufactured in Portugal.

Coaches with more than four mules or horses are banned. 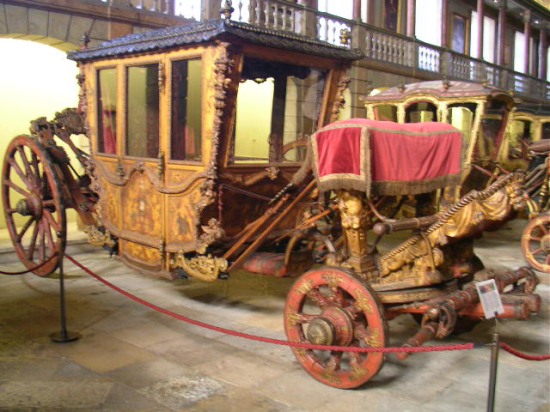 An elaborate 17th-century coach from the Museu Nacional dos Coches in Lisbon  (Photo by cytech from Wikimedia Commons [CC BY 2.0])

Anyone disobeying this law will not only be fined, but will be forbidden to enter the presence of the king or any royal official.

Sumptuary laws, as they’re called, in the west go back to the Romans. Their purpose seems to have been sometimes to protect local industries by restricting imports, and sometimes to stop common folk aping their social betters. On a higher moral level, both Christianity and pagan Stoicism were against ostentation in dress.

Silk was a common focus, though we have it on good authorities that in silk-producing areas such as Valencia even the poorest went in silks.

Such restrictions might seem outdated to us, but clothes are still a bone of contention in some areas: do you recall when in 2004 the exclusive Burberry brand was allegedly taken over by ‘chavs’?

The baroque period is often described as one of display, but not everyone saw its down side.