A recent acquisition recalls the dark times of the religious conflicts of the 17th century. 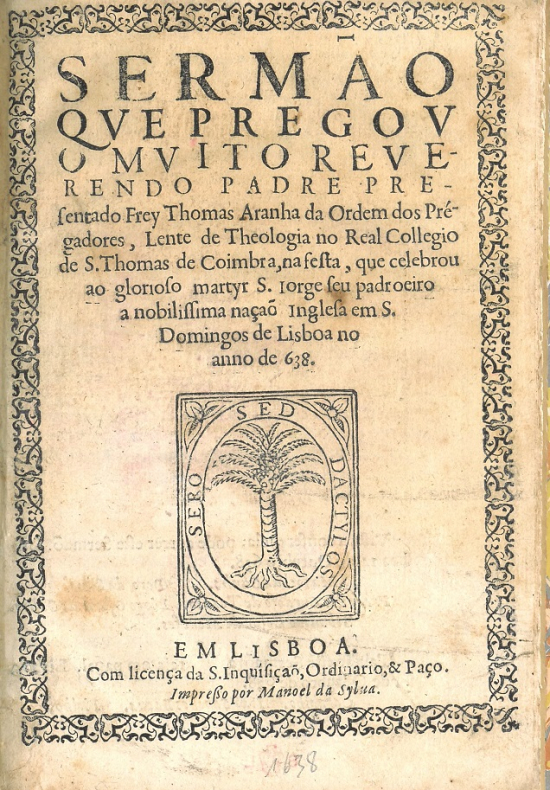 This sermon was preached at Lisbon on St George’s Day in 1638 to the community of English Catholic recusant exiles, “these gentlemen who have lived among us for so many years, and every year celebrate their patron saint” (fol. 12v). As a gesture of Anglo-Portuguese solidarity, he points out that in battle the Portuguese, like the English, used to invoke St George, unlike the Spaniards who called on St James (fol. 11v).

St George was of obvious appeal to the English. Of obvious relevance too was his status as a martyr at a time when Catholics were being martyred in England. Aranha says explicitly that England had once been as industrious and courageous in its faith, as those who still profess their Catholicism today (fols 11-12). Indeed, the English recusants in Portugal have made such sacrifices in being cut off from friends and family that they too may be called martyrs (fol. 13r). (This may not be as exaggerated as it sounds: a martyr is one who bears witness to his or her faith, not necessarily unto death.)

Eight of Fr Thomás’s sermons are recorded in the Tipografia portuguesa do século XVII: Letras A e B, pp. 130-32

Like many a preacher, he was also a poet. We have his poems on the occasion of the coronation of John IV. 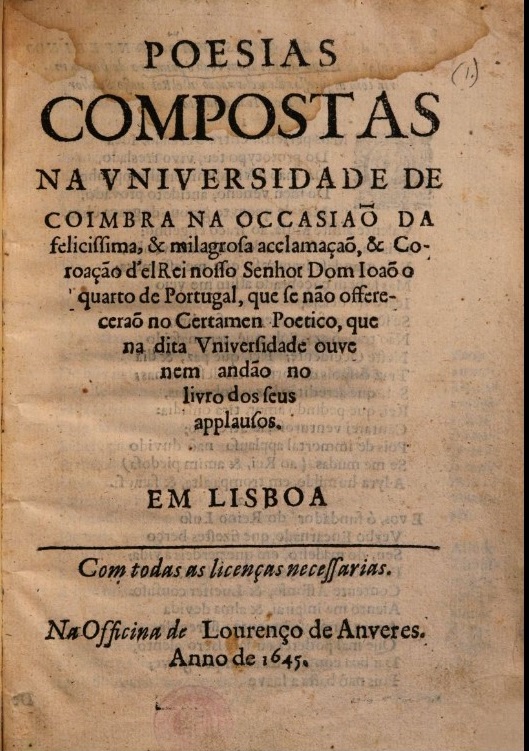 King John won back Portuguese independence from the ‘Philippine Domination’ by Philips II-IV of Spain from 1580 to 1640. Aranha is not named in the book, but Innocêncio Francisco da Silva in his dictionary of Portuguese biography gives him authorship.

His book of 1645 is a belated supplement to the poetic celebrations dedicated by the University of Coimbra to the new king: 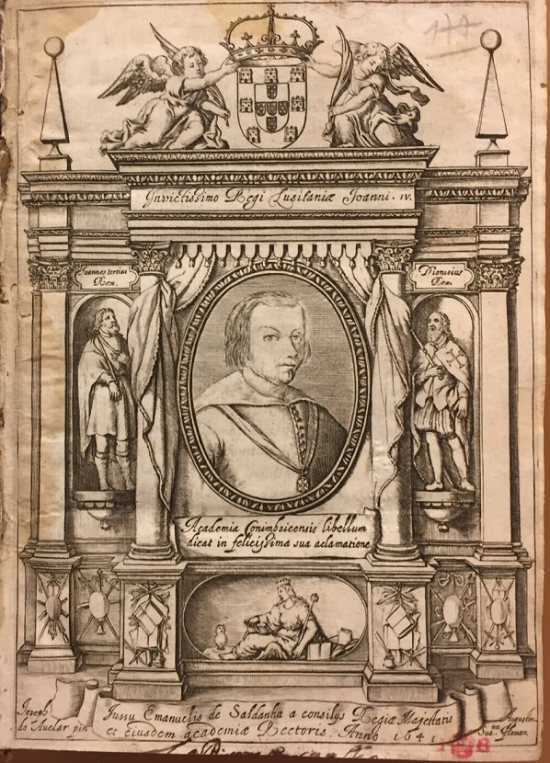 Thus like many a Baroque author Fr Thomás wrote for the moment.

An indication of this little book’s rarity is that A. F. Allison and D. M. Rogers didn’t include it in their classic bibliography, The contemporary printed literature of the English Counter-Reformation between 1558 and 1640 : an annotated catalogue, Vol. 1, Works in languages other than English; with the collaboration of W. Lottes (Aldershot, 1989). RAR 230.242