John Bull, or the English People in their Great Peculiarity

It’s English Tourism Week and what better to guide prospective visitors to these shores than an anonymous compilation of English customs published nearly 200 years ago in Stockholm. John Bull eller Engleska folket i sin stora Besynnerlighet was recently acquired by the British Library and appears to be a translation from multiple contemporary sources of anecdotes and summaries of Englishness. It contains all manner of veritable traditions, half-truths and fake news that you might expect. 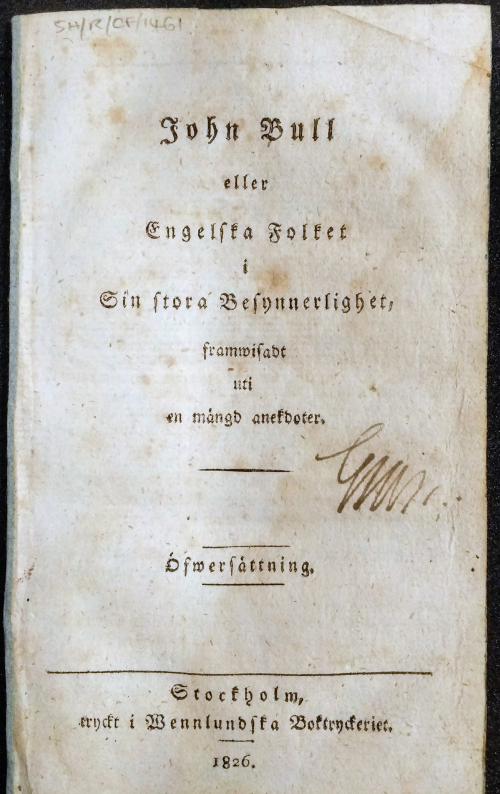 In no seeming order, the book takes us from Charles I to the Lord Mayor’s Day via brief glimpses at the Fairlop Fair, ‘Riding the Stang’, football and funeral ceremonies, and anecdotes that illuminate British attitudes under titles such as ‘The Compassionate Traveller’, ‘Paternal Tenderness’, or ‘Exceptional Orderliness’, all in just over 50 pages. 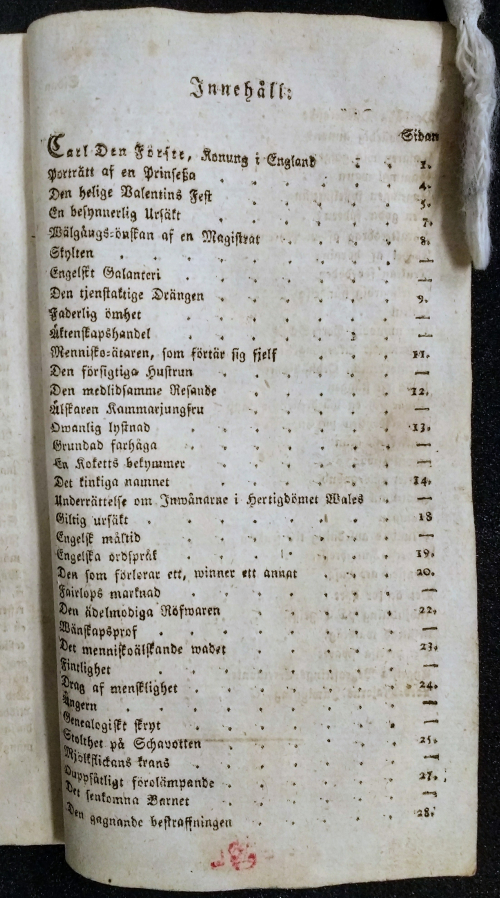 One possible source for the work is Popular Pastimes, being a selection of picturesque representations of the customs & amusements of Great Britain, in ancient and modern times (London, 1816; 785.h.8), which includes drawings by F. P. Stephanoff and historical descriptions by Edward Wedlake Brayley. A second source could be the less structured but equally enjoyable John Bull ou Londresiana, attributed to a ‘C.D’ 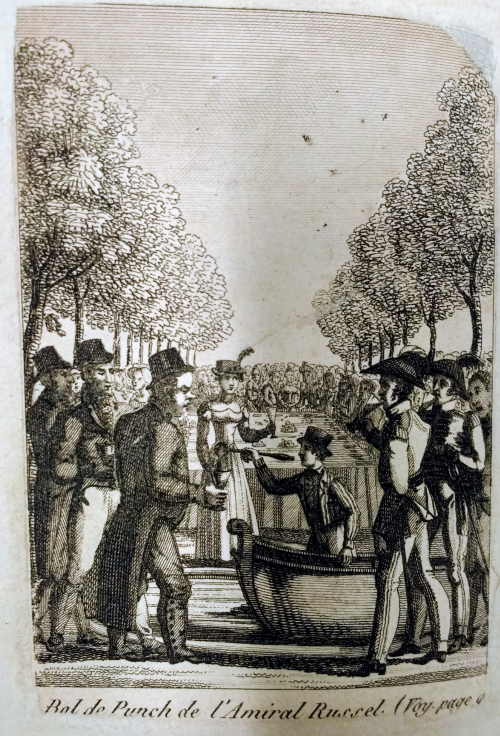 Both the French and Swedish John Bull refer to the peculiarity of their subject and understandably so given the stories they recount. In ‘En besynnerlig Ursäkt’ (‘A peculiar excuse’) we read a dark tale about a day-labourer who twice tried to drown himself but was twice saved by a peasant. He waits for his moment and on the third occasion hangs himself off a barn door. When the owner of the farm questions the peasant, who had in fact seen the whole thing, the peasant says that, since the labourer had been thoroughly soaked in the first two plunges, he thought he was hanging himself out to dry.

The book shares a chapter with Popular Pastimes on what the English publication calls the practice of ‘Selling a Wife’ and the Swedish more modestly refers to as ‘Åktenskaps-handel’ (‘Marriage trade’). Both condemn the activity, which is said to prevail among the ‘lower classes’ (John Bull) or ‘the illiterate and vulgar’ (Popular Pastimes). Our English historian finds space however to celebrate the songs that have been derived from the practice: ‘this practice, immoral and shameful as it is, has given rise to various pleasant Jeu d’esprits […]’. The examples they give differ, possibly exposing the fact that John Bull was paraphrased from various sources.

Other chapters shared between the two books include ‘Milk Maids’ Garland‘ (‘Mjölkflickans Krans‘), ‘Riding the Stang’ (‘Rida på Stången‘) and ‘St. Valentine’s Day’, which our Swedish observers tell us ‘is quite extraordinary in England. The youth yearn for it [längtar otåligt efter det] every year.’ ‘Rida på Stången’ is more or less a direct translation from its source in Popular Pastimes, which describes a practice of vigilante justice, referred to otherwise as ‘charivari’ or ‘skimmington’. The accused is forced onto a long pole, or stang, and carried through the streets to expose his dishonour. The criminal associated with this treatment was traditionally  ‘a man who had debauched his neighbour’s wife’, but not exclusively so, as ‘the virago who had beaten her husband was also subjected to riding the Stang’ (Popular Pastimes, p. 17). The method was also used in Westmoreland and Cumberland, we read, to deter anyone from conducting any business at all on New Year’s Day. While, Popular Pastimes does not delve deeper, John Bull interrogates this Cumbrian variation:

Man hwart taga dessa böter wägen? Jo, man super upp dem, man fyller sig, wältrar sig i sanden, öfwerlastad af Öl, Rumm, Win och Brännwin. — Det är ett nöjsamt tidsfordrif for Engelska folkshopen. (p. 38)
Where do the fines go? Yes, they guzzle it up, they have their fill, roll about in the mud, full of beer, rum, wine and brandy. It is a pleasurable pastime for the English crowds.