In April 1919, Munich was briefly the seat of one of the strangest governments in the history of any country. Led initially by men who were writers and thinkers first and politicians second (if at all), the Munich Räterepublik – a ‘Soviet’ or ‘Council’ Republic – was the culmination of Bavaria’s revolution of 1918-19, and its defeat would see Bavaria turn decisively to the political right. 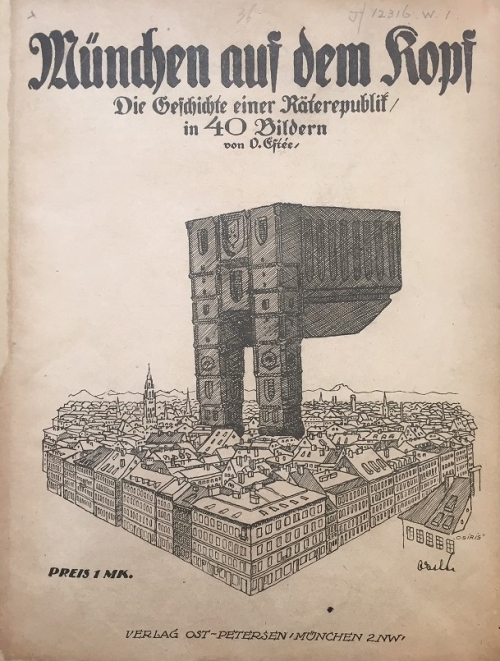 Cover of O. Estée, München auf dem Kopf: die Geschichte einer Räterepublik in 40 Bildern (Munich, 1919) 12316.w.1. A collection of drawings of Munich and its people during the Soviet Republic with an ironic commentary from a conservative perspective. The image of the city's iconic Frauenkirche turned upside down reflects the chaos of the period.

Revolution had broken out in Bavaria, as elsewhere in Germany, during the last days of the First World War. Journalist and Independent Social Democratic Party (USPD) member Kurt Eisner had seized the initiative ahead of more established politicians, declaring a People’s State of Bavaria on 8 November and becoming its first Prime Minister. However, he faced opposition not only from the political right but also from other left-wing factions: too radical for the mainstream Social Democrats (SPD), not radical enough for the Communists. Elections in January 1919 saw his party come a humiliating last, with less than three per cent of the vote.

In February Eisner was assassinated, inflaming an already chaotic political situation. Johannes Hoffmann of the SPD was elected Prime Minister, but there were still deep divisions over whether the new state should be a parliamentary or soviet-style republic. On 6 April, a group of idealistic pacifists and anarchists decided for the latter and, as Hoffmann and his government retreated to Bamberg, proclaimed a Bavarian Soviet Republic. At its head was the poet and playwright Ernst Toller, supported by, among others, fellow-writers Gustav Landauer and Erich Mühsam. 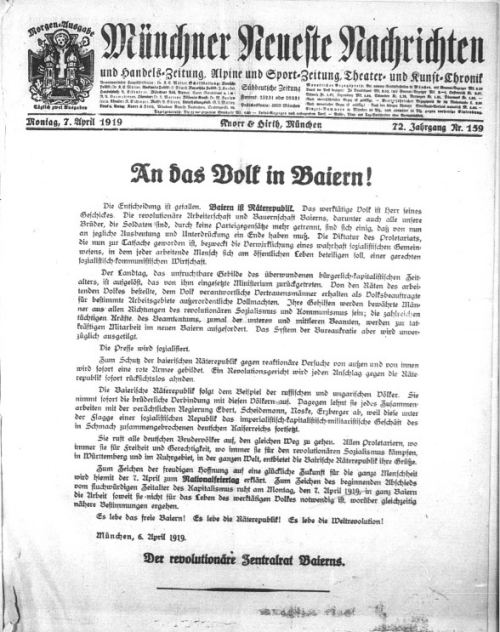 The proclamation of a Bavarian Soviet Republic on the front page of the newspaper Münchener Neueste Nachrichten (MFM.MF461)  on 7 April 1919.

Landauer was made commissar for education and culture, and dreamed of creating progressive schools and free museums. He wrote to a friend: “If they give me a couple of weeks, I hope to achieve something; but it’s possible it will only be a couple of days, and then all a dream.” His pessimism was well founded: for all its conviction and high ideals, the new regime was ill-equipped to govern, especially in an already confused and chaotic situation. Landauer himself claimed that he had no time for the everyday work of government since he was too busy reshaping society. Toller was besieged in his office by petitioners asking every kind of favour, many of them far beyond his remit. The behaviour of the commissar for foreign affairs, Franz Lipp, grew increasingly eccentric; after he sent a telegram to the Pope claiming, among other things, that Hoffmann had stolen the key to his lavatory, Toller was forced to remove him from office. 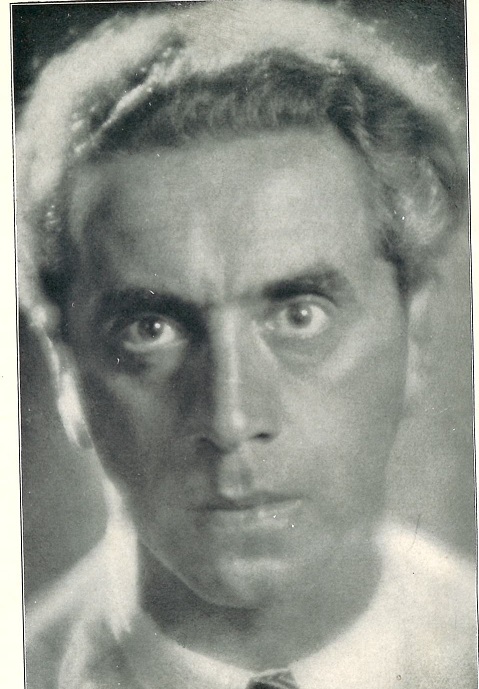 Ernst Toller, frontispiece portrait from his autobiography, Eine Jugend in Deutschland (Amsterdam, 1933) 10709.a.29

Meanwhile the Communist leader Eugen Leviné was accusing Toller of leading a “pseudo-soviet” and demanding a harder line more in keeping with that of Lenin’s Russia. On 13 April he succeeded in ousting Toller and began to impose what he saw as more genuine soviet rule, confiscating weapons, houses and food from the ‘bourgeoisie’, and calling a general strike. Ironically, the committed pacifist Toller ended up commanding a unit of Bavaria’s newly-formed ‘Red Army’ against the right-wing Freikorps militias with which Hoffmann’s Bamberg government had allied itself in the hope of regaining power. Cover of Erich Wollenberg, Als Rotarmist vor München: Reportage aus der Münchener Räterepublik (Berlin, 1929)  X.0700/10339. Wollenberg was Infantry Commander of the Bavarian Red Army. As a committed Communist, his account of the struggle to defend the Soviet Republic is critical of more moderate figures such as Toller.

Despite initial Red Army successes against the Freikorps, it was clear that the Soviet Republic could not hold out, not least because of schisms caused by factional infighting: by the end of April, Toller recalls in his autobiography, “two separate governments were operating at once in Munich.” The general strike was exacerbating food shortages, and the people were growing tired of and angry at the ongoing chaos. When Freikorps troops finally entered and re-took the city at the beginning of May, they were welcomed by many as liberators, but the liberation was a brutal one. Street fighting left over 600 dead, more than half civilians, and the retaliation against the supporters of the Soviet Republic saw some 2200 people imprisoned or executed. Landauer was murdered in prison and Leviné executed for high treason. 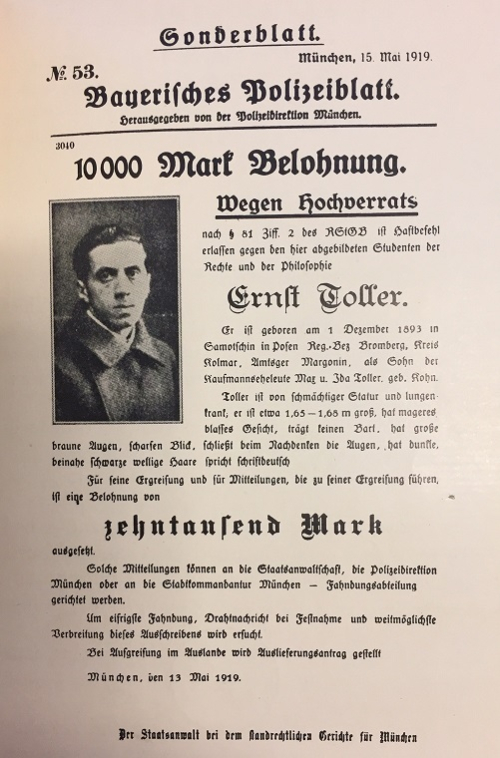 Police poster offering a reward for the capture of Toller, wanted for high treason. Reproduced in Edward Crankshaw’s translation of Toller’s autobiography, I was  a German (London, 1934) 2402.a.14

Toller faced the same charge, but was comparatively fortunate in receiving only a five-year prison sentence. Although he was judged to have committed high treason, the court believed that he had done so “with honourable intent”. In his case at least, then, the high initial ideals of the Bavarian Soviet Republic were given a kind of official, if grudging, respect.