Our colleague and co-editor of the European Studies Blog, Olga Kerziouk, retires this week after over 24 years in the British Library. A keen blogger herself on the history and literature of her beloved native Ukraine and on her adopted language of Esperanto, she also always enjoyed working on colleagues’ posts. Here, one of our most prolific departmental bloggers looks at the history of the name Olga in his own area of expertise as a small tribute.

Olga la revolucionaria, heroine of Alberto Insúa’s novel of 1926, technically speaking is not Russian or Ukrainian but ‘Weltravian’ (capital: Bermengrado). 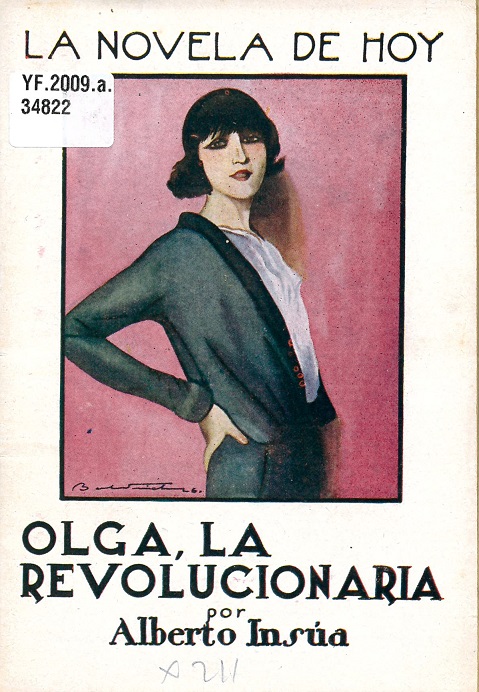 Insúa (1883-1963) made a career out of writing small popular novels, sold at newsstands, with suggestive titles which are not really borne out by the contents: La mujer fácil (‘The Easy Woman’), Las neuróticas (‘The Neurotic Women’), El demonio de la voluptuosidad (‘The Demon of Voluptuousness’), Dos franceses y un español (‘Two French Women and a Spaniard’).

The plot of Olga la revolucionaria starts before the revolution. Olga’s parents are left-wingers who have brought her up to be a modern woman (make that Modern Woman). When she meets prince Sergio Sardenomensky he expects to find ‘a sort of suffragist, dry, outspoken, with straight hair, glasses and flat shoes. But he found himself in the presence of a beautiful and naturally elegant woman’. ‘Olga was a revelation for him: the woman of a class “apart”. The independent woman, with a profound inter life and clear intelligence. The studious woman. The hard-working woman.’

Their chaste love is broken when he leaves her to marry a lady of his own class. They meet again in the midst of revolution: the noble and strong-minded Olga has become a commandant, and sets Serge free. 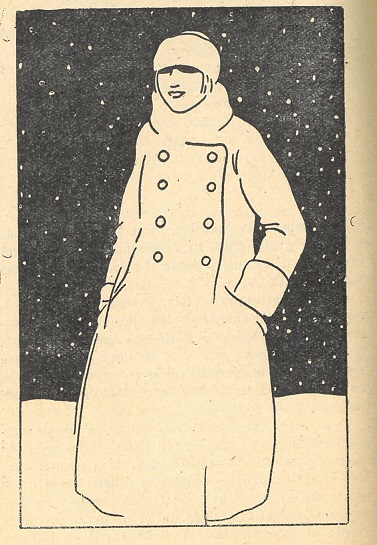 Dressed for revolution in the Weltravian winter

It’s rumoured that the Spanish name for cardigan, rebeca, was inspired by the garment worn by Joan Fontaine in Hitchcock’s film of 1940. Olga la revolucionaria seems not to have been responsible for the generation of Spanish Olgas listed above, but she might remind us of our dear and blog-loving friend Olga.