Aged 20, he set sail for the United States to teach Spanish and French; he founded schools in Cuba and Mexico.

In 1836, he travelled the States, examining heads. The result was his publication in the same year in New Orleans Introducción a la frenología por un catalán. 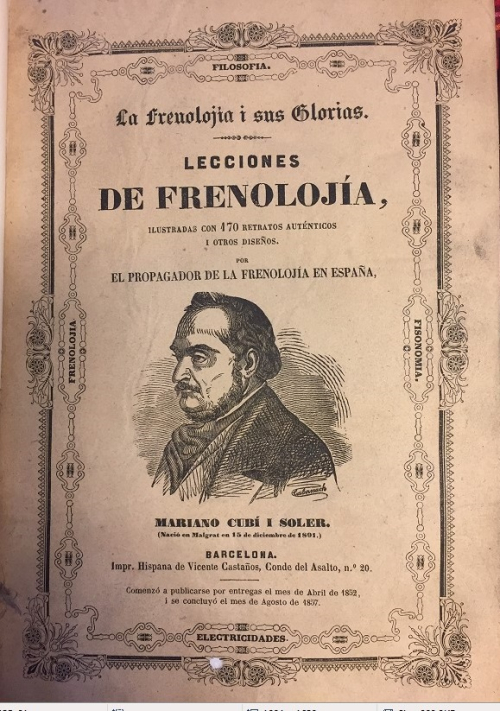 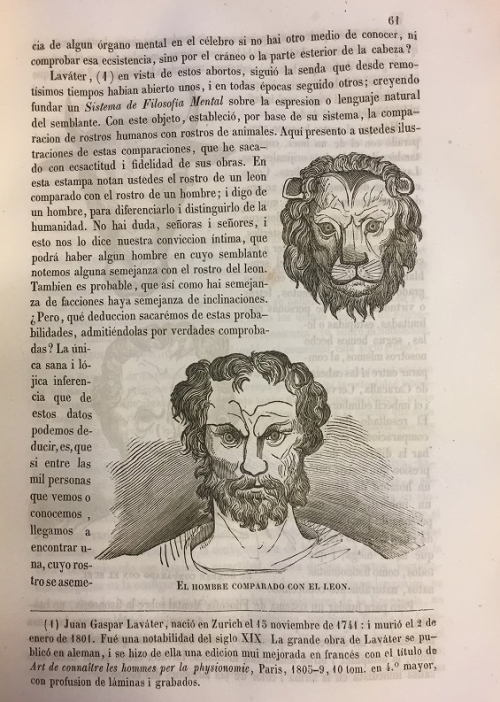 Man compared to lion. A page from La Frenolojı́a i sus glorias, showing that the new phrenology in some senses was the continuation of the old physiognomy.

He wrote a Spanish course for English speakers, A New Spanish Grammar, adapted to every class of readers published by Boosey and Sons in London in 1826 (1211.l.12). (On Boosey as a publisher of language books, see Foreign-Language Printing in London.)

In 1851 he produced a teach-yourself English book for Spaniards, printed in Bath (‘Baz’) by Isaac Pitman. It uses Pitman’s phonography, a form of phonetic transcription. 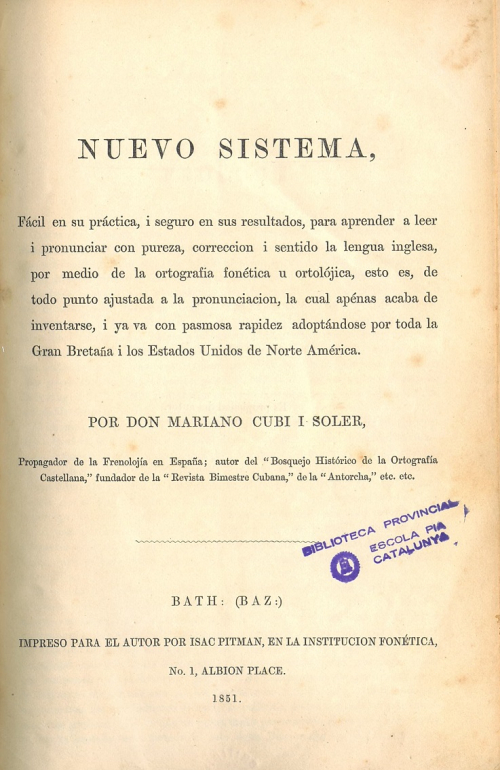 This book is typical of its time in exposing its students to some demanding passages of literature, something which makes pure linguists huff and puff. An indication of Cubí’s willingness to think outside the box is that by Lesson Two we are already reading about Vegetarianism. 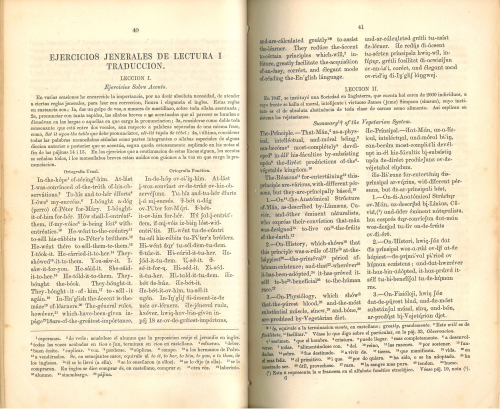 The first two lessons from the Nuevo sistema …

His left-field status might have rendered him attractive to the advanced-thinking generation of the late Franco period: it can’t be coincidental that Ramón Carnicer’s monograph on Cubí was published by the progressive house of Seix Barral, who introduced Spanish readers to the Latin American literary boom.