“The book is multifarious… disjointed… straining for effect… the style is poor… the author inexperienced… no talent… no method…” Fine, fine, all of it fine! But… THE JAVANESE ARE MISTREATED! THE MAIN POINT of what I have written is irrefutable!

These words fill the final pages of Max Havelaar or, The Coffee Auctions of the Dutch Trading Company. Written by Multatuli -- pen name of Eduard Douwes Dekker – and causing a political storm on publication in the Netherlands in 1860. Max Havelaar remains required reading for students of Dutch literature in the Netherlands and Belgium and is to the Netherlands what Harriet Beecher-Stowe’s Uncle Tom’s Cabin (1851) is to the United States. Just this year, New York Review of Books published a new English translation of this masterpiece of Dutch fiction which paints a damning picture of 19th-century Indonesia under Dutch colonial rule. 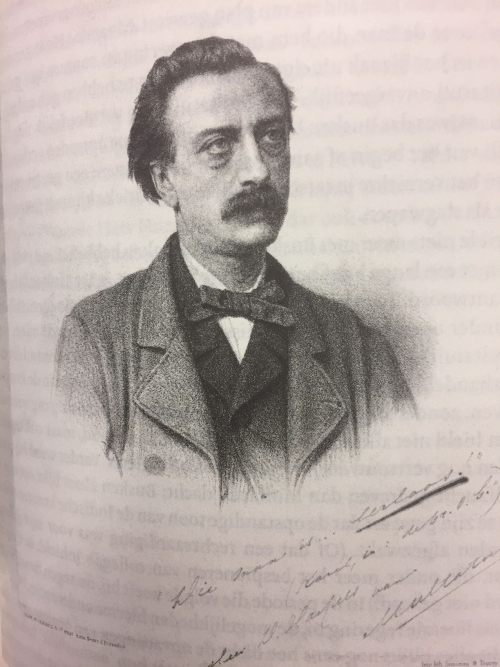 Perhaps it’s Max Havelaar’s explosive nature that attracts contemporary readers – Multatuli’s book was considered so controversial by the first publisher, Jacob Van Lennep that he set about altering the novel to tone down its political volatility. A copy of the first edition as censored by Van Lennep, with dates and the names of people and places crossed out, is housed in the British Library. It wasn’t until 1875 that Multatuli was able to buy back the copyright of his own novel and to have Max Havelaar published with the original names and dates re-inserted. 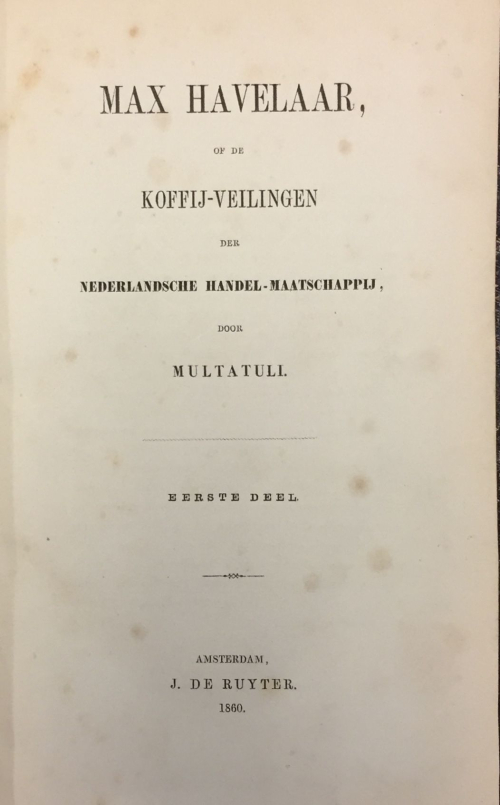 The cover image of the latest English edition clearly hints at the explosiveness of Multatuli’s work: Indonesian artist Raden Saleh’s painting of Indonesia’s most active volcano, Merapi, meaning “the one making fire” in old Javanese, occupies the front cover. A fitting choice for the book that, according to the Indonesian writer Pramoedya Anata Toer, “killed colonialism.” What made Max Havelaar so politically charged was Multatuli drawing attention to the suffering of those dominated by colonial rule. Multatuli was considered an extraordinary thinker for his time – he wrote about his experiences with the local population in Indonesia not as their oppressor, but as someone determined to be their ‘saviour’ – although this sense of white responsibility is of course also part of the colonial mindset. 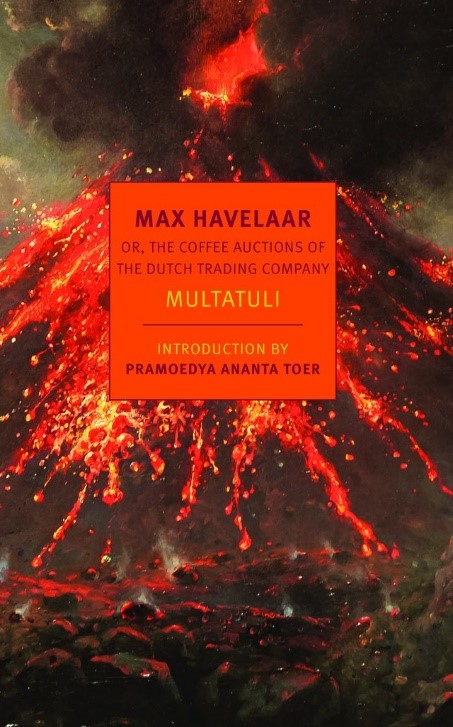 Whether Multatuli’s motivations for writing Max Havelaar were purely self-serving – he wanted his job as a colonial administrator back – or whether he wrote to campaign for better conditions for the Indonesians, it was essential for him to present Dutch colonial rule in Indonesia in a negative light. One of his most effective tools was altering the perceptions of the native Indonesian; utilising Orientalist descriptions and portraying them as victims of colonialism. A key example of this is the enduring story of Saidjah and Adinda, which depicts a pair of Indonesian star-crossed lovers. This tale is perhaps the most well-known from Max Havelaar and has been published as a separate story numerous times. 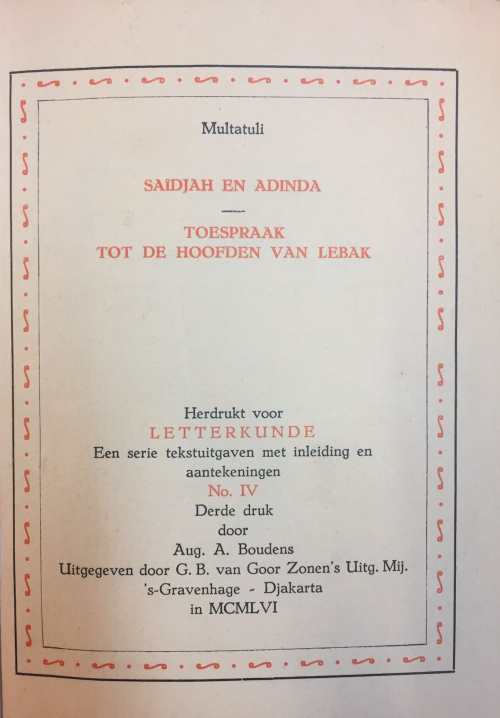 A tragic tale of love and loss at the hands of ruthless oppressors, the story of Saidjah and Adinda awarded the Indonesians a sense of humanity they had previously been denied. Multatuli contradicts earlier descriptions of the Indonesians as threatening and violent by depicting them as peaceful, close to nature and, thanks to their unsophisticated life goals of owning buffaloes and pleasing their families, less corrupt than the Europeans who ruled over them.

Multatuli’s writing style, which sees him break into the narrative as the righteous omniscient narrator who speaks truth to power, made Max Havelaar all the more persuasive. This style, innovative to readers back in colonial Europe and still so fresh today, earned the text its reputation as a literary masterpiece. Nearly 160 years on, the themes of the novel still resonate – questioning those that hold power and bringing about emancipation for the subjugated remain ever-significant. Max Havelaar continues to entice readers worldwide, both as a novel and as an indictment of oppression that brought about a decisive change in policy and national mindset.

In 1948, less than a century years after its first publication, Communist publisher Pegasus issued its own edition of Max Havelaar, edited by the editor of ‘De Waarheid’, the newspaper of the Dutch Communist Party. At the start of the Indonesian War of Independence, Pegasus’goal was to raise awareness of the colonial history amongst the Dutch soldiers sent to suppress the independence fighters. This plan did not succeed, because Dutch bookshops and libraries refused to stock it. There are very few copies held by libraries in the Netherlands, which makes it all the more special that the BL received a copy in donation in 2017. 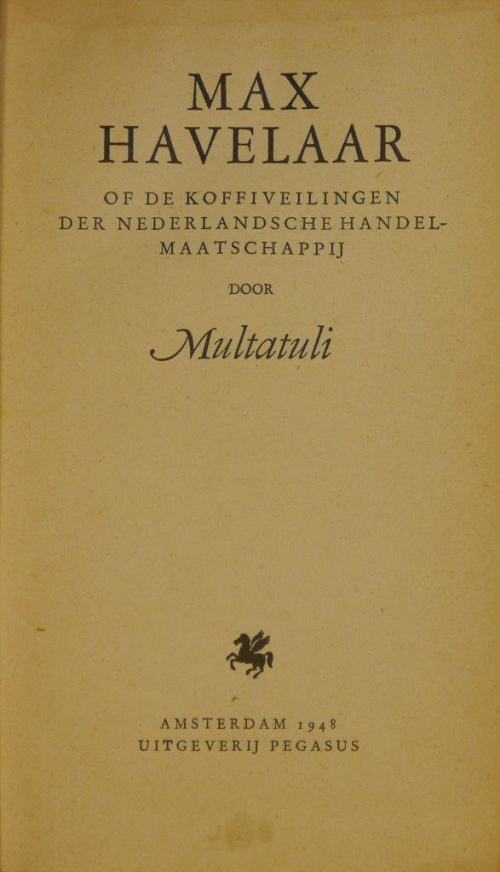 Posted by Katie McElvanney at 12:30 PM