A European Autumn at the British Library

This autumn, as part of our ‘European Literature Focus’, the British Library will be hosting a number of events featuring writers and writing from across the continent. So we thought we’d give you a quick taster here to whet your appetites. 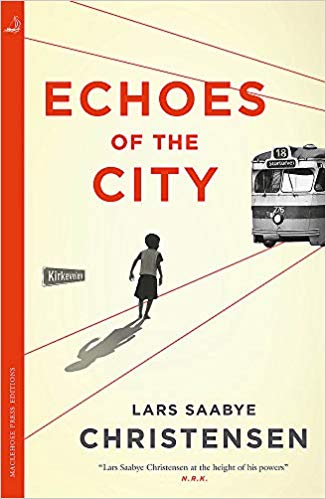 First up, on Monday 7 October, you can hear Norwegian Lars Saabye Christensen in conversation with Georgina Godwin. In a rare UK appearance, he will be talking about his latest novel to appear in English translation, Echoes of the City, which traces an Oslo community’s slow recovery from a period of crippling austerity after the Second World War. Christensen is one of Norway’s most popular and critically-acclaimed writers; he has been awarded the country’s top literary prizes and his breakthrough novel Beatles (1984), a coming-of-age story about four teenage Beatles fans in 1960s Oslo, remains a bestseller in Norway over 30 years after its publication. 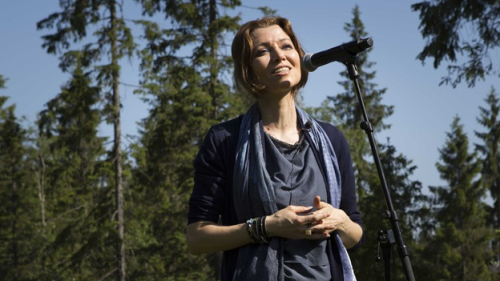 On Tuesday 8 October Rosie Goldsmith, director of the European Literature Network and a familiar and welcome face at British Library events on European literature, chairs ‘Future Library: Art, Ideas and Time’, a discussion with artist Katie Paterson, novelist Elif Shafak and philosopher Roman Krznaric about Paterson’s ‘Future Library’ project. This is a public artwork in Oslo, begun in 2014 and designed to unfold over a century. A forest has been planted just outside the city to supply paper for an anthology to be published in 2114. Between now and then, one writer every year will contribute a text, with the writings held in trust, unread and unpublished, until the anthology appears. Elif Shafak contributed a text in 2017; other contributors so far have included Margaret Atwood, David Mitchell and the Icelandic author Sjón. 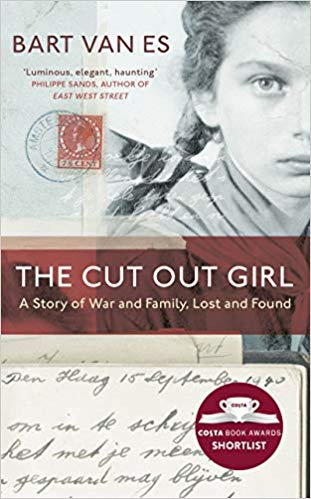 Fans of Dutch literature are in for a treat on Saturday 12 October, when Bart van Es, author of Costa Prize-winning The Cut Out Girl, joins bestselling novelist Herman Koch, rising literary stars Esther Gerritsen and Jeroen Olyslaegers, and historian Simon Schama at a special day of talks on new Dutch writing presented by the Dutch Foundation for Literature in association with Modern Culture. And if you’re not (yet) a fan of Dutch literature, a day exploring the complex history and current politics of the Netherlands, and the chance to discover the latest Dutch books in English translation will surely make you one! 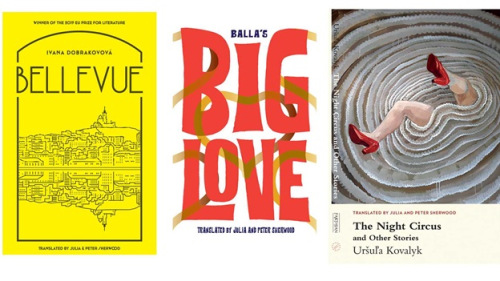 Two further events take the revolutionary changes in Europe in 1989 as a starting point. On Friday 25 October there is a rare chance to meet a new generation of Slovak authors at ‘Raising the Velvet Curtain’, part of a series of events under the same name presenting contemporary Slovak writers and artists to English audiences, organised with the support of Fond na podporu umenia (the Slovak Arts Council) and the Embassy of the Republic of Slovakia. Three leading contemporary writers – Balla, Uršuľa Kovalyk and Ivana Dobrakovová – will present their recently published works (translated into English by Julia and Peter Sherwood) and discuss with host Lucy Popescu how Slovakia has changed over the past 30 years. 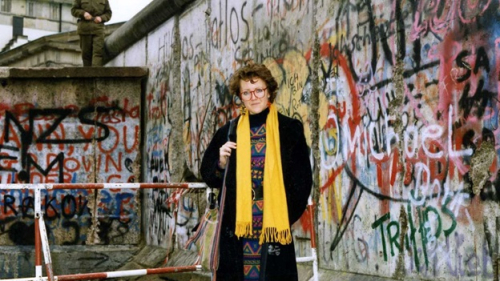 On Tuesday 26 November Rosie Goldsmith returns for ‘Riveting Germans: After the Wall’, chairing a discussion of German literature and its translation into English since 1989. Prize-winning authors Durs Grünbein, Julia Franck and Nino Haratischvili, and translators Charlotte Collins, Karen Leeder and Ruth Martin will consider what what has or hasn’t worked for UK readers of German literature, and what the the impact of the East-West divide has been on German authors. The event is organised in collaboration with the European Literature Network, the British Council, Goethe-Institut London, Frankfurt Book Fair and the Embassy of the Federal Republic of Germany London, and marks the publication of a German-themed issue of The Riveter, the magazine founded by Rosie with the aim of making European literature popular and accessible across the UK. 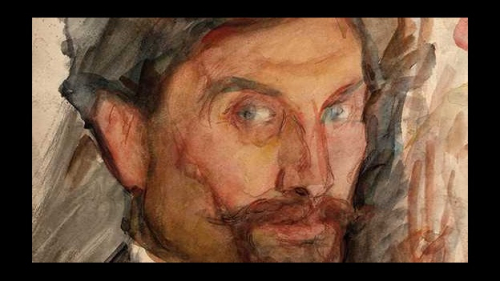 Finally, on Thursday 29 November, ‘Doctor Zhivago: A Pasternak Family Affair’ looks at a much-loved Russian classic in a new light. Translator Nicolas Pasternak Slater and picture editor Maya Slater present their recent work on a new translation of Doctor Zhivago illustrated with 70 pictures by Boris Pasternak’s father, the Impressionist painter Leonid Pasternak, and just published by the Folio Society. They will also reveal how members of the Pasternak family living in England experienced the writing and publication of the novel.

Booking is now open for all these events and you can find full details and purchase tickets via the links above. We hope you’ll be able to join us to celebrate and discover some of the literatures of Europe this autumn.