A Journey from St Petersburg to Moscow, or a story of Imperial glory, radical ideas and rare books

For over six months, from the beginning of January 1787, Empress of Russia Catherine the Great conducted an inspection of her newly-acquired lands in the south. The journey, known as the Taurida Voyage, was documented in an account kept by the Tsarina’s secretary Alexander Khrapovitskii (now digitised), but the itinerary with short descriptions of the places that she had intended to visit or pass by was published prior the trip. 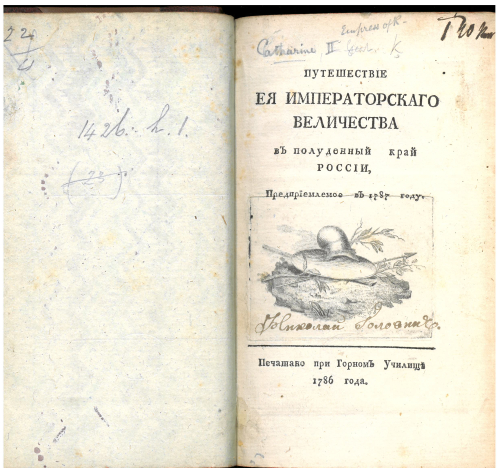 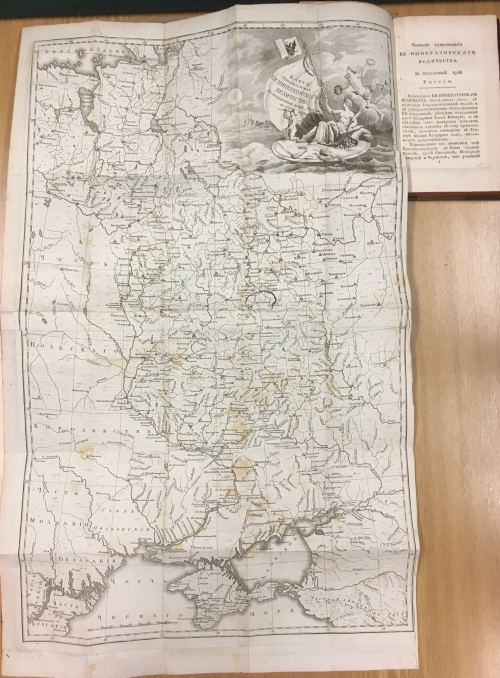 The purpose of the voyage was to celebrate the Empire, the Empress, and her victorious policies of expansion. Accounts of travels were a popular genre in 18th-century literature, but of course, Khrapovitskii’s ‘journal’ was also a distinguished piece of state propaganda.

We might speculate that the journal of Catherine’s travels ‘inspired’ Alexander Radishchev, a graduate of the University of Leipzig and therefore somewhat radical thinker, and a civil servant of the ninth rank (out of 14, first being the highest), to write his book A Journey from St Petersburg to Moscow and publish it in 1790. 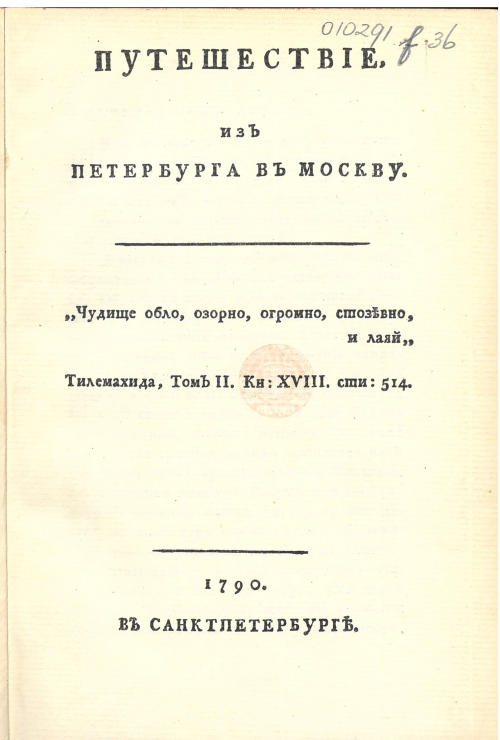 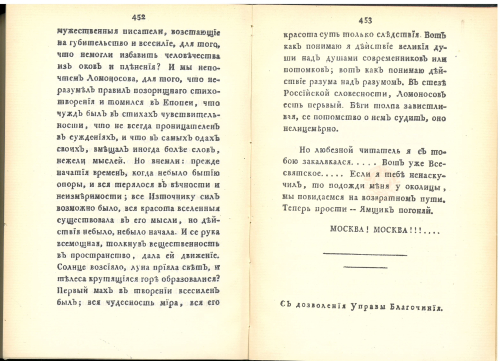 An account of a routine journey from the capital city to the second most important city in the country and its ex-capital does not sound like an exciting new adventure that could capture readers’ imagination. And indeed, it meant to do the complete opposite – to show the dire state of social conditions in Russia where serfdom was as routine as a trip from St Petersburg to Moscow. If Catherine’s trip was a symbol of glory and victory of the ruling classes, Radishchev’s book presented an account of the misery and defeat of the people of Russia. 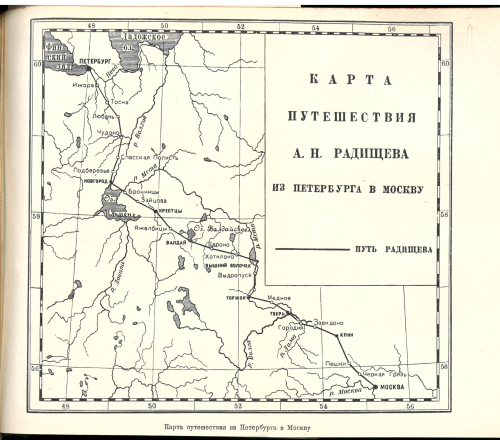 As one can see, there is no author’s name on the title page. In addition, the statement that the work had received approval from a censor – a mandatory condition for any print publication at that time in the Russian Empire – is put on the last page. It becomes obvious that Radishchev is playing some kind of trick here. The version he deposited for censorship was much lighter on criticism of the state than the version he eventually printed. Having received approval for printing, he reinstated the pages that contained his most radical, critical views.

Radishchev made use of Catherine’s decree on free printing, which from 1783 allowed individuals to set up private printing presses, and had a printing press in his own house. Between January and May 1790, he, his subordinate from the civil service, and domestics (mainly his own serfs) managed to produce 650 copies of his book. The first 50 copies were sent to the bookseller Zotov, and 30 of them sold. Quite unfortunately, one copy landed on Catherine’s desk. The Empress was infuriated, as she interpreted Radishchev's calls for reform as the most dangerous radicalism, and therefore all the remaining copies were confiscated and destroyed. Zotov was arrested and revealed the author’s name while being interrogated. Subsequently, Radishchev was also arrested and condemned to death, though the sentence was later softened and he was exiled to Siberia.

Out of the 650 copies originally printed, only just over a dozen survived. For decades, this book became the rarest and most desirable for any Russian bibliophile. Alexander Pushkin paid 200 Rubles for his copy. In 1858, Alexander Herzen published the book in his Free Russian Press in London. However, the Russian edition of 1872 was again banned by the authorities. 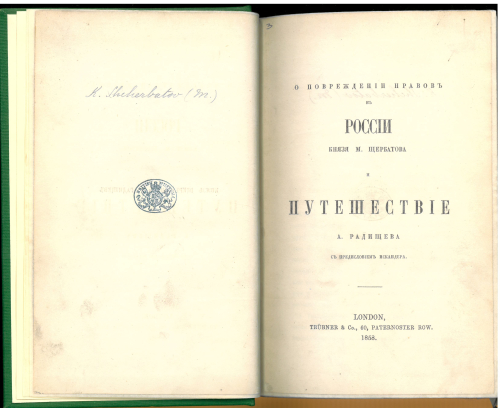 In 1888, Aleskei Suvorin, one of the most prominent publishers of that time, managed to get permission to reprint 100 copies of Radishchev’s book. He borrowed a copy of the 1790 edition from a Moscow bibliophile, Pavel Shchapov, but his careless employees damaged and then disposed of this rare copy. To replace it, Suvorin first quietly tried to obtain a copy from antiquarian booksellers for around 300 Rubles, but did not get very far. He then published an advert in the newspaper Russkie vedomosti (No. 56, 1888) where he offered 1,500 Rubles for a fine copy. Eventually, he managed to get a copy for two thirds of this price and Shchapov was satisfied, although he died shortly after having received a new copy of Radishchev’s journey back into his collection. His friends and relatives were sure that the stress of losing the rarity contributed significantly to his premature death. 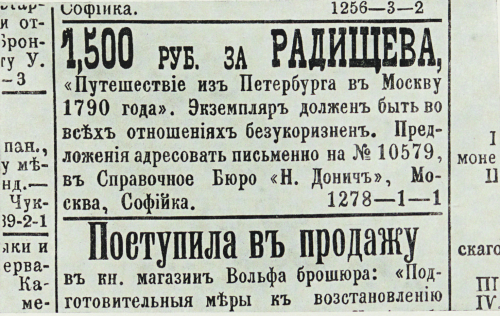 Thus, ironically, this criticism of social injustice became one of the most expensive collectors’ items on the market. The British Library does not hold the 1790 edition of Radishchev’s book.