This week is Banned Books Week. The Low Countries have always a reputation as a tolerant region, so it may come as a surprise that some books were banned, even in the 20th century. Banned foreign titles included Lady Chatterley’s Lover and Madame Bovary.

One of the most controversial Dutch novels of the 20th Century is writer and artist Jan Cremer’s Ik, Jan Cremer (I, Jan Cremer), which is sometimes compared to Jack Kerouac’s On the Road. Its publication in 1964 caused great furore, a tiny revolution even. Quite a feat for a debut. Most critics were shocked. ‘Blood and sperm are dripping off it’, wrote Clara Eggink in the Leidsch Dagblad. Adriaan Morriën from Het Parool called Cremer ‘fascist’, because of the references to S&M (boots and whips), the relish with which Cremer describes how he destroys the interiors of cafes and restaurants and ‘most of all’ his sleeping around with anybody. 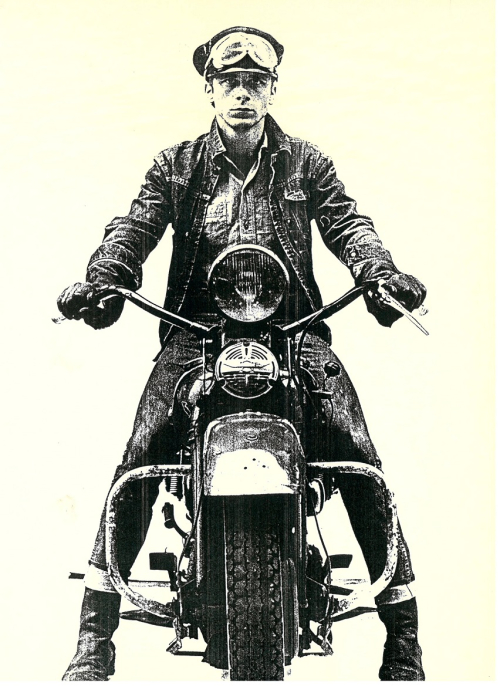 Others criticised Cremer’s self-promotion and the way the book was marketed; just like any other day-to-day commodity. This typifies the snobbery of the Dutch intelligentsia at the time. Author Willem Frederik Hermans, however, loved it: ‘I read it in one night.’ Hermans especially loved Cremer’s style in which he showed a high ability to find the right words for his ideas. He does so at breakneck speed, frantically switching between topics, between fantasies and memories, between seriousness and irony.

The book is a picaresque novel about Cremer’s life as a writer and artist. He travels, paints, tells stories, loves women and rides his motorbike. He lived in America for a time, where his book also sold many copies. The same was true in Germany. The novel paints a brilliant picture of the time in which everything became possible for the first time. Cremer was one of the first Dutch authors to write so openly about sex and violence in raw language. He opened the door for other younger authors. 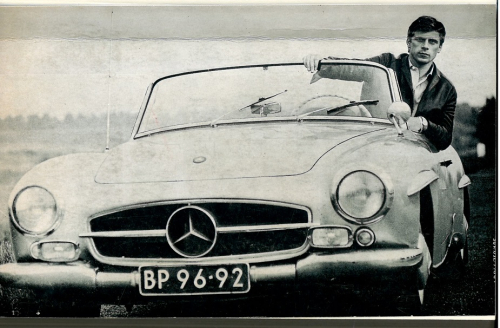 Ik, Jan Cremer wasn’t officially banned, although Hendrik Koekoek, leader of the ‘Farmers’ Party’, argued that it should be. Many parents forbade their children to read it – naturally with the opposite effect. The first edition of 5,000 copies sold out in a week. It saw 14 editions in its first year alone and 44 in total, the last one in 1987. To date over 400,000 copies have been sold in the Netherlands. Most critics , even those who enjoyed the book, did not regard it as ‘Literature’, but Cremer did not see himself as a literary writer. On the contrary, rejecting the label ‘literary author’ was his way of opposing the establishment.

Cremer wrote 13 books in total. In 1966 a Second Book of Ik, Jan Cremer was published, which received the Amsterdam Literary Prize. So within a few years the shock had worn off. The Third Book (2008, YF.2009.8242) hardly caused a ripple. More of the same with nothing much new. 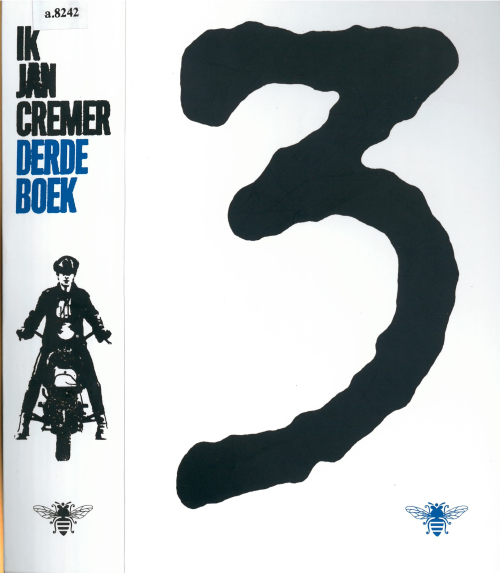 Ik, Jan Cremer, once threatened with banning, has become a classic and a must-read for secondary school pupils as well as adults.