The New Dutch Writing campaign came to the British Library on Saturday 12 October. Martin Colthorpe from Modern Culture and the Library’s Events team had organised a day packed full of great names from Dutch literature, society and culture and topped it all with a keynote by Simon Schama.

There were around 70 people in the audience, including pupils from the Rainbow School, a Dutch school in London, and undergraduates from the Dutch department of UCL. 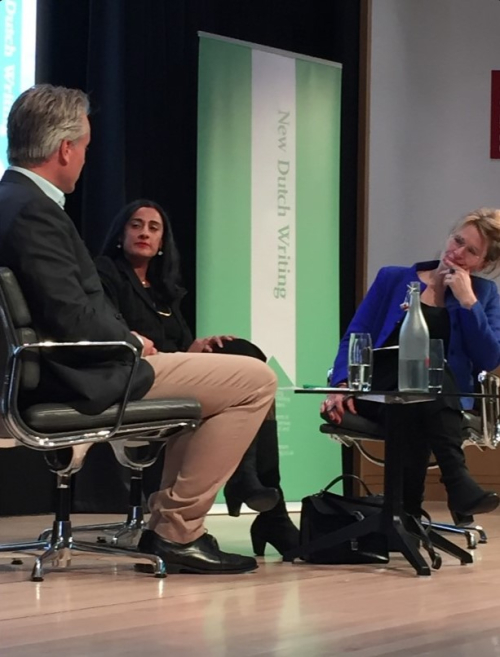 Naema Tahir was born of Pakistani parents who moved first to the UK and then to the Netherlands. She herself has lived all over the world. She has written several books about immigration as seen through the eyes of the immigrant. 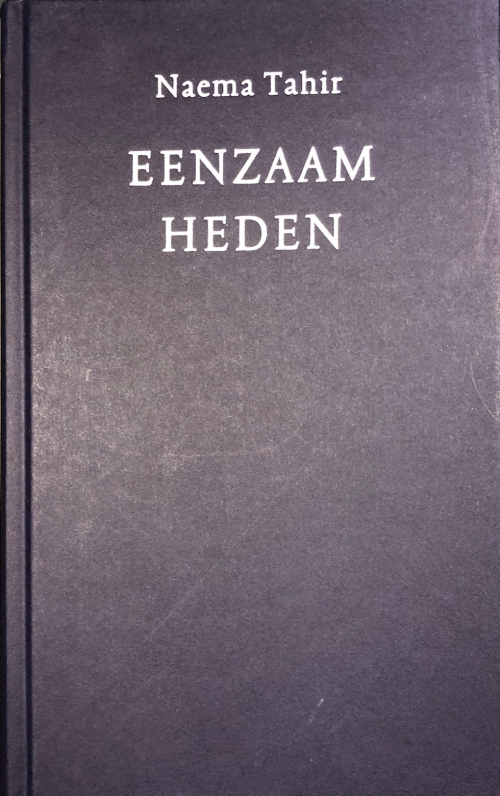 Brits and Dutch alike get confused about her, because she does not answer to any of their stereotypes. She regards the Dutch as tolerant, but believes that they only accept immigrants to a certain point, never wholeheartedly. They are not interested in the heritage of the immigrants.

Joris Luyendijk can relate to that. He has lived abroad for many years and did projects on subjects unfamiliar to him. The most famous example of this is his blog for The Guardian on the 2008 financial crisis in the UK and the subsequent book Swimming With Sharks. Luyendijk sees Dutch ‘tolerance’ as ‘enlightened indifference’, a belief that as long as immigrants totally conform, become like the Dutch, it is all fine. This may stem from the time when the Dutch regarded themselves as the guide country of the world. He sees problems arising when immigrants live according to their own traditions and values, which sometimes clash with Dutch liberal attitudes or long running traditions. 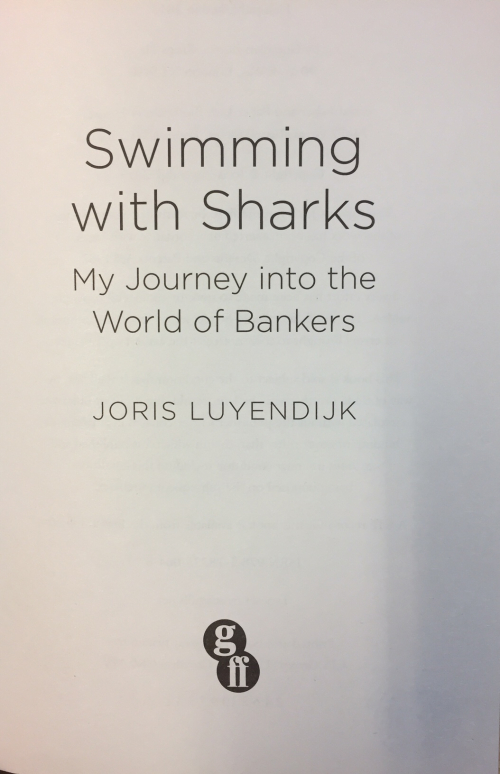 Current Dutch literature has moved away from a very introspective view, agonising about one’s own identity, and family relations within very ‘Dutch’ families. This had made it hard to sell abroad. Today novels feature global topics, such as immigration, terrorism, globalization and climate change, which identity issues are made a part of. I wonder whether Dutch citizens would finally embrace their fellow immigrant citizens if they participated in the ‘free market’ on Dutch National Day, or ‘King’s Day’. After all, that day is where the real character of the Dutch comes out in full, observes Herman Koch in his latest novel The Ditch. Adults actively encourage children to stake out a plot on the street as their market stall, which they guard jealously against anyone who dares to trespass. And all in order to sell junk to each other.

Like Koch, Esther Gerritsen is interested in the dark side of the human psyche, including infidelity. In her novel Roxy the eponymous protagonist goes in search of an enemy to take revenge on, after she discovers her husband’s affair when he and his lover die in a car accident. She is an outsider both in the glamorous world of her late husband and in the working-class environment she came from. The road trip she embarks on with two other women she hardly knows and her toddler daughter is a belated coming-of-age journey, where she finds she doesn’t really belong anywhere. Gerritsen feels similarly an outsider, or as someone ‘from the cold side’, a Dutch expression referring to the ‘in-laws’. Being from a working-class background she doesn’t always feel at home in the Dutch literary scene. 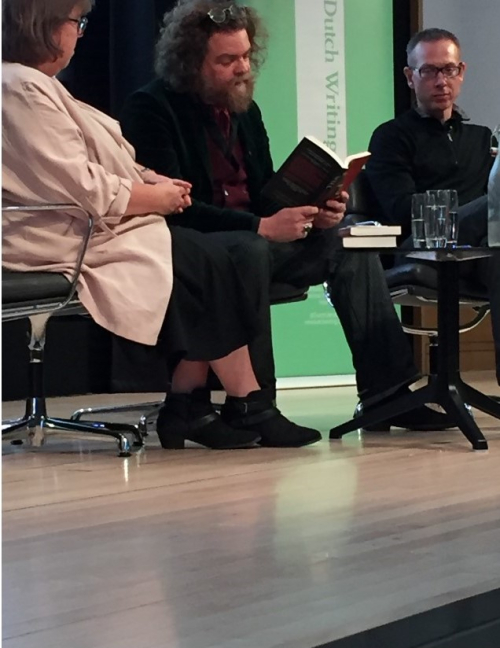 The Second World War was a time when ‘identity’ was a matter of life and death. Bart van Es won the Costa Book Award in 2019 for his story The Cut-Out Girl, about Lien, a Jewish girl who lived in hiding with his family and stayed with them after the war. It wasn’t until fairly recently that Lien felt she belonged somewhere and was loved. Not surprising if you lose all of your family when you are not even ten, when you are constantly on the run from your oppressors, moving from one hiding place to the next as a Jewish girl amongst Christians. As Lien said, “Without family you have no memory.” Bart himself discovered things about his family he never knew.

Jeroen Olyslaegers’ Will is a novel based on real events during the War, set in Antwerp. In it Olyslaegers examines people’s choices during times of oppression and danger. As a police officer ordered to take Jewish families out of their houses, what do you do? What did others do? Did they resist, or were they bystanders? All of Olyslaegers’ characters in Will are ambiguous; they are first and foremost looking after themselves, trying to survive, and that means not always acting morally correctly. 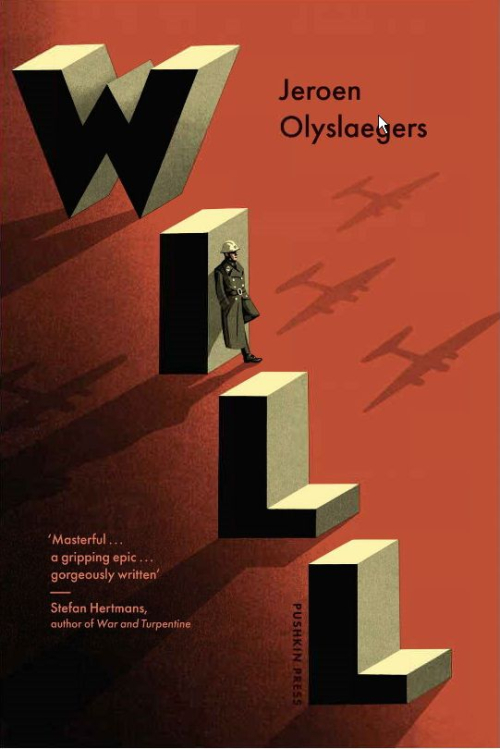 Despite the countless books written about the war, both Van Es and Olyslaegers are convinced that there are many more stories out there that want to be told, written down, and translated into new stories for a new audience.

Simon Schama closed the day with a passionate talk about Rembrandt. I stopped taking notes, hanging on his every word. Schama sees Rembrandt as a great intellect, a learned man, considering the large archive of drawings he kept, which he later was forced to sell. 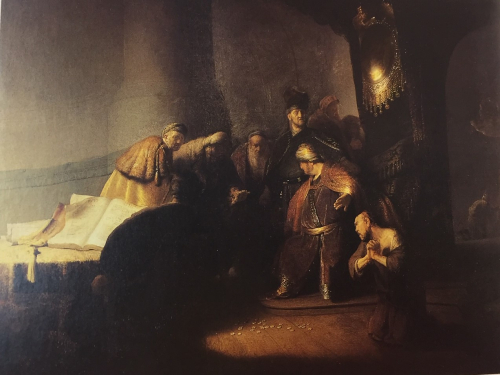 Rembrandt mastered the two criteria set by Alberti for being a great artist: craftsmanship and creativity. Rembrandt had both in spades. Schama placed Rembrandt in the midst of Amsterdam’s transformation from almost rural backwater to the city that became the trading centre of the world. Rembrandt ended up alongside Leonardo, Michelangelo and Raphael, by being known by his first name only. Now that is some identity.