UNOVIS – the Bauhaus of the East

This year is the centenary of the Bauhaus, prompting worldwide celebrations from Brazil to the UK, from Germany to China. The Bauhaus as a school of art and architecture is long gone, but as a marketing and PR campaign it has not yet run out of steam. The history of art has put it on a pedestal, and for decades it has been widely recognised as the undisputed primary source of inspiration for Modernism, but is it?

The almost fanatical reverence for the Bauhaus in the West certainly overshadows its most influential contemporary, the People’s Art School, which was located in a small provincial town in modern-day Belarus called Viciebsk (Vitebsk), hundreds of miles from any major cities. 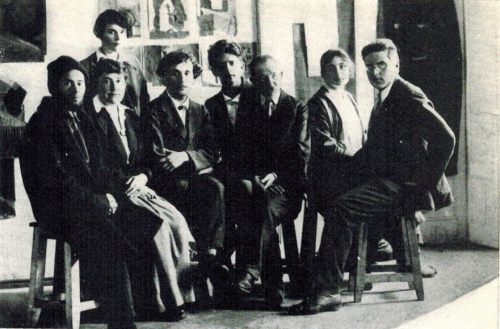 The school was the brainchild of Viciebsk’s most famous son, Marc Chagall. It was approved in August 1918 by Anatoly Lunacharsky, head of the People’s Commissariat for Education, and officially inaugurated in January 1919, just over two months before the Bauhaus and amid the upheaval of the Russian Civil War. But it was what happened next that actually cemented Viciebsk’s place in the history of modern art. The following year in November 1919, Chagall invited the maverick of 20th century modern art, Kazimir Malevich to teach in his humble art school in Viciebsk. 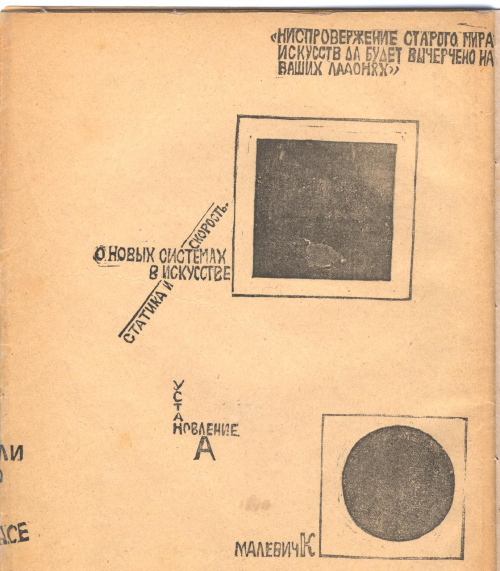 2019 therefore marks the centenary of Malevich’s arrival in Viciebsk, and under Malevich, the People’s Art School became a completely different breed with a singular voice. Malevich was in fact persuaded to move from Moscow to Viciebsk by a young teacher who was already teaching there, El Lissitzky, who would later become a celebrated artist worldwide in his own right. With Malevich came his Suprematism, and a clash with the pluralistic approach to styles preferred by Chagall was inevitable. Lissitzky very soon was won over by Suprematism and created his famous/ infamous pro-Bolshevik propaganda poster ‘Beat the Whites with the Red Wedge’ (1919), a powerful image that graces the floor of the art school (now a museum) today. 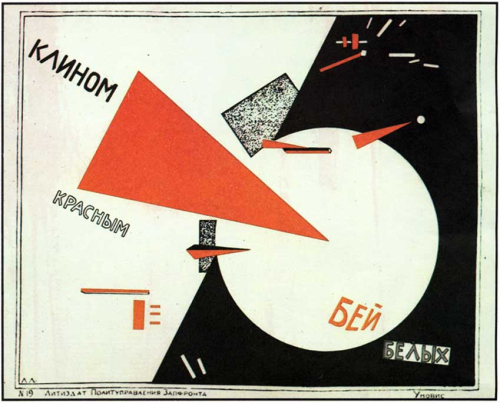 Next year will be the centenary of another significant event in modern art history: the emergence of UNOVIS, and this warrants separate mention. The group was first founded by students from the People’s Art School on 19 January 1920 under the Russian acronym MOLPOSNOVIS, meaning ‘Young Followers of the New Art’, but within days, the group was joined by the teachers and was renamed POSNOVIS, meaning ‘Followers of the New Art’.

On 14 February 1920 it was renamed again, this time UNOVIS, meaning the champions, or the affirmers of the New Art – not followers any more. The architect of this cult-like group was Malevich, and it counted many future superstars among its converts, including Lissitzky, Vera Ermolaeva (who was also director of the School for a time), Nina Kogan, and Lazar Khidekel. The transition of the school from the influence of pluralistic individualism championed by Chagall to collective, impersonal and non-objective art was now complete – all the works created by UNOVIS were signed with Malevich’s iconic black square for anonymity. 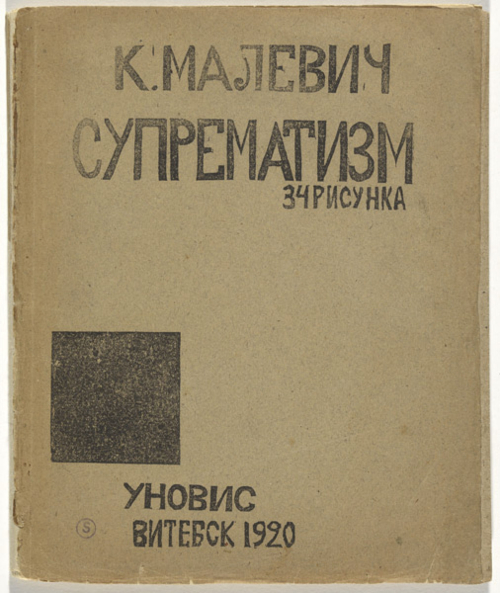 The whole town of Viciebsk soon became their testing ground as members decorated it with Suprematist art in all its forms, but the group’s ultimate goal was to apply Suprematism to the largest and most permanent art form with a more lasting impact on society: architecture. Although the group did not actually realise any architectural projects during its ephemeral existence, its Suprematist aesthetics inspired and continue to inspire many architects, even its antagonists, throughout the 20th century and up to this day, including the late Zaha Hadid, one of world's most sought-after ‘starchitects’ of recent decades.

The Bauhaus as a school is famous for its short life-span which ended in 1933, but UNOVIS was even more short-lived, it lasted just over 2 years and was dissolved in May 1922 for various reasons including financial ones. Nevertheless, UNOVIS had announced its presence to the world and had a far-reaching impact on 20th-century art and architecture beyond its very short life. The legacy of Viciebsk was re-affirmed by a major exhibition held at the Centre Pompidou in Paris last year (the catalogue is available at the British Library, LF.31.a.6493). The Viciebsk Centre of Modern Art is also planning a series of UNOVIS centenary publications and events next year, including exhibitions, a conference, and a poster competition. 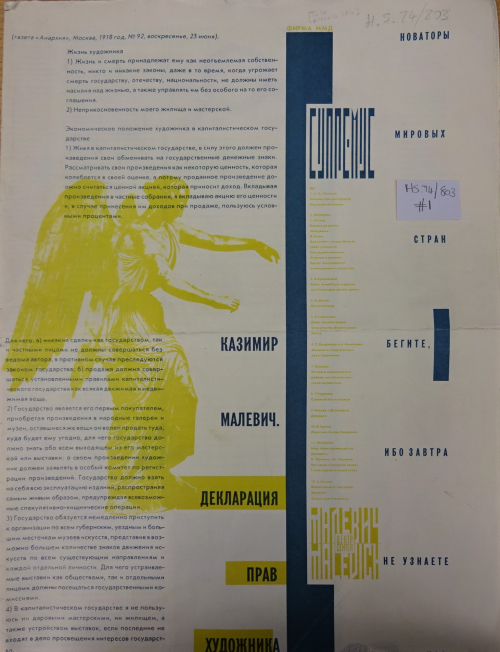 There are a number of additional items related to this intensely creative period in Viciebsk in the collections of the British Library. Most notably, they include an original copy of Malevich’s manifesto Bog ne skinut: iskusstvo, tserkov', fabrika (‘God is not cast down: art, church, factory’; Viciebsk, 1922; C.114.n.33.). The Library also holds the first issue (1919) of the Viciebsk journal Revoliutsionnoe iskusstvo (‘Revolutionary Art’; C.191.b.6), which includes articles by Chagall and Malevich, as well as a facsimile of Almanakh UNOVIS 1 (Moscow, 2003; LF.31.b.1837), which was originally published in 1920. In addition, there is a strong collection of works by and about individual members of UNOVIS, as well as a wealth of secondary literature on the group.

Tszwai So, co-founder of Spheron Architects, is a London-based artist and architect