The attempt to reanimate poetry requires great courage, especially considering the Italian literary landscape of the last 30-40 years, a time during which poetry’s trend transitioned from “a sea of subjectivity” in the 1970’s (as Maria Borio puts it in his 2018 study Poetiche e individui: la poesia italiana dal 1970 al 2000) to the never-ending postmodern turning towards itself.

This meant somehow going back to the glorious times of 20th-century poetry (Ungaretti, Quasimodo, Pasolini), taking the risk of sounding rhetorical, or even banal. Arminio is not afraid of taking that risk: his poems have recently reached a wide audience through his books and through social media.

Born and living in Bisaccia, a small town in the region of Campania, which borders with Basilicata and Puglia, where he works as a primary school teacher, Franco Arminio coined the word ‘Paesologia’, from ‘paese’ (meaning: countryside town or village) and calls himself ‘paesologo’. His tours and talks are recorded and scheduled in La Casa della Paesologia. 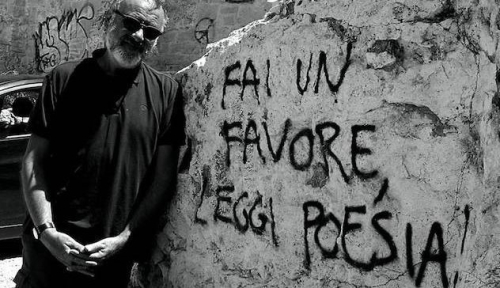 In his ‘Introduction to Paesology’ Arminio explains, “The paesologist isn’t a local erudite who knows the name of all the petty lords who have dominated a paese or who knows all the proverbs. It’s someone who studies the inner-working of the peculiar organisms that paesi are. The work of the paesologist takes place in situ. There are very few books about paesi, because most writers live in cities, and those who live in the paesi continue to think that life remains in cities.” (translation by Patrick Barron)

The poetry in Arminio’s writing, be it in prose or in verse, embeds his paesology and serves to frame with a certain sacredness even the lowliest moments that living in a remote village sometimes involves:

Wander around where nobody goes, be the tourists of mercy, be the travellers who not only seek beauty, harmony, sunshine, but also the loneliest and most disconsolate places – places waiting for someone to look at them, to recognize them before they become bereft of their history as well as their geography. (Franco Arminio, ‘On Places and Looking’. Translation by Serenella Iovino) 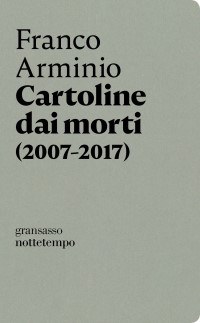 The “inner-working of the peculiar organisms that paesi are” is expressed through his prose (Nevica e ho le prove, 2009; Cartoline dai morti, 2010) and poems (Cedi la strada agli alberi, 2017; Resteranno i canti (2018). Arminio’s work takes the reader through a journey inside the life of people living (and dying) in the small villages of southern Italy with their daily struggles, loneliness, hypochondria. Cartoline dai morti (‘Postcards from the dead’), as the title suggests, are cards written by dead people, and even though it recalls the model of Spoon River Anthology, the protagonists of the epitaphs are remote, rural people with no historical reference.

Nobody explained anything to me.
I had to manage all by myself: staying still and silent,
getting cold, beginning to decompose (My translation)

Arminio strips his texts of any kind of trend, the trend which, by definition, is subject to, and demands a superseding: light, short, calming even when intense, distilled and powerful.

I have always felt filled with anxiety and out of place in life.
I can finally rest now in tranquillity and peace in the grave next to mine. (My translation) 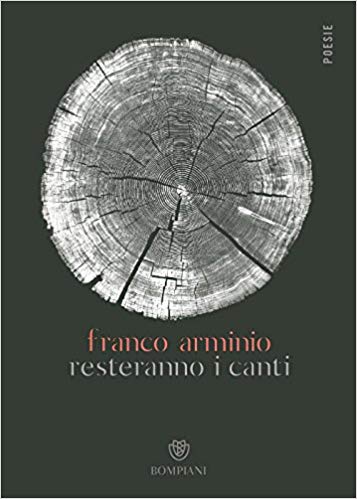 In Resteranno i canti Arminio’s paesology touches upon the issue of emigration from the south and the sense of loss for those who remain.

Nobody thinks about the life of everybody any longer,
let alone that of places.
If I go out this evening
I find boys I don’t know
in a bar which once
was an agricultural consortium.
In front of my house there was Enza
and in the curve the baker
and uncle Giovanni,
we were few even back then after all
but it felt like we were many (My translation) 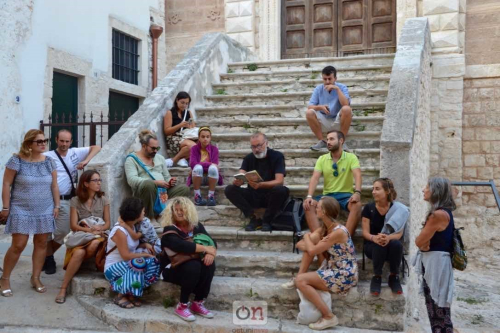 Franco Arminio (centre) reading aloud to a group on a guided ‘paesological walk’. (Reproduced by kind permission of Franco Arminio)