One of the ‘young rebels’ featured in our current exhibition Marvellous and Mischievous is Pippi Longstocking (Pippi Långstrump), probably the most famous character created by the Swedish author Astrid Lindgren. Pippi’s adventures have been loved by generations of children in many countries. She is supernaturally strong, a gifted and irresistible teller of tall tales, and, at the age of nine, completely independent. She lives exactly as she pleases, confounding the adults who want to send her to a children’s home or make her conform to social and educational norms. 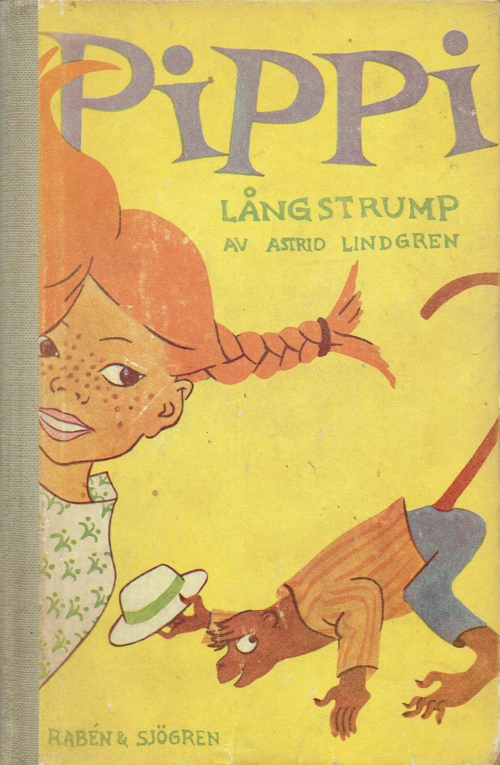 Although most of Lindgren’s books have been translated into English and published in the UK, only the Pippi stories are really well known here. This is a shame because, while none is as uniquely and fantastically anarchic as Pippi, Lindgren created many other strong, brave and mischievous characters in a variety of settings. 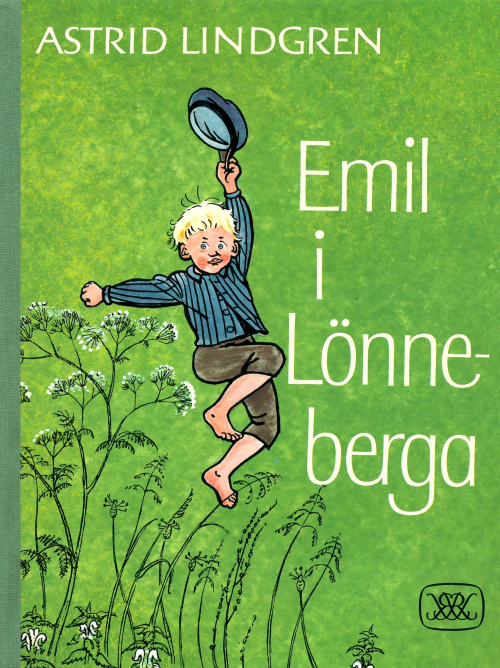 Take Emil, for example, who appears in a series of books set in rural Sweden in the early 20th century. He is the son of a farming family and constantly in trouble. In most stories an initial prank, such as getting a soup tureen stuck on his head or hoisting his little sister up a flagpole, escalates into a series of comic escapades. Emil’s father regularly locks him in the toolshed as a punishment, although Emil is actually quite content in there and spends his time carving wooden figures; when we first meet him aged five he has already made 54, and by the last book this has gone up to 369! But Emil is basically kind-hearted, and some of his misdemeanours are the result of a well-meaning gesture gone wrong. In the last story, he puts his strong will and defiance of rules to noble use, making a dangerous journey through snowbound country to save the life of the farmhand Alfred. 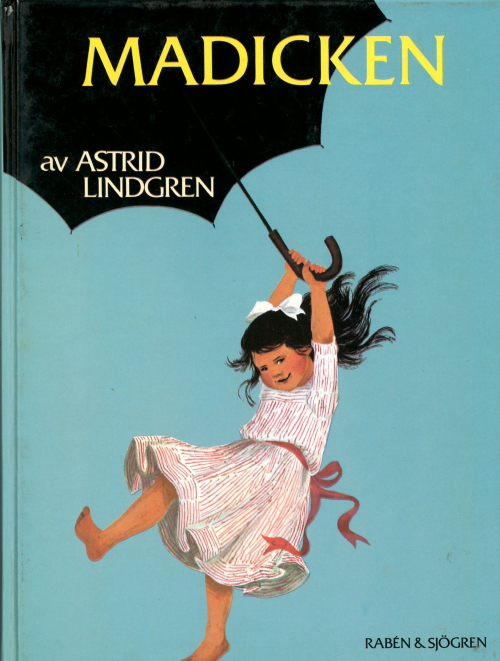 Milder forms of mischief appear in the tales of Madicken and of Lotta. Madicken is a tomboyish girl living in Sweden during the First World War.  She is quick-tempered and fights with her rival Mia, and her imaginative games often lead her into trouble, most seriously when she tries to fly off the roof using an umbrella as a parachute. When she starts school, she blames her initial bad behaviour (breaking her slate, vandalising her books, pouring ink on her clothes) on an imaginary classmate. Four-year-old Lotta’s main characteristic is stubbornness: on a visit to the dentist she keeps her mouth so tightly shut that he cannot extract a bad tooth. She is also outspoken, asking an elderly neighbour if she was on Noah’s Ark and explaining that she can’t politely wait for an adult to finish talking before speaking herself because “they don’t stop.” Lindgren’s fantasy novels for older readers also feature rebellious young characters. The heroine of Ronja Rövardotter (Ronia, the Robber’s Daughter) is the only child and heir of a robber chief. Her parents let her run wild in the forest, where she learns to understand the natural world and the creatures that live there, and grows brave, strong and confident. When she meets and befriends Birk, the son of a rival robber band, the two defy their feuding parents and run away to live in the forest rather than be kept apart. The children’s devotion to each other and determination to be together finally persuade the robber bands to reconcile. 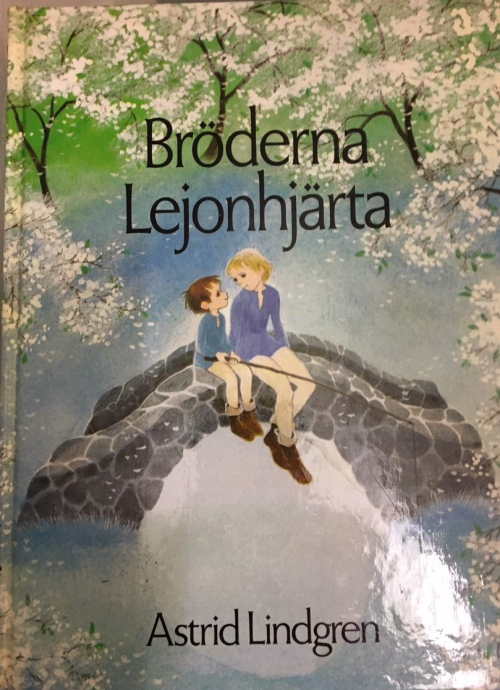 When we first meet Jonatan in Bröderna Lejonhjärta (The Brothers Lionheart), he seems almost too good to be true, the very opposite of a rebel or mischief-maker. He is handsome, clever, brave and popular, and a devoted son and brother. He even gives his own life to save his ailing brother Karl. But in the afterlife-world of Nangijala, where the boys are reunited, Jonatan is a rebel in a very literal sense: he belongs to an underground movement fighting to free a neighbouring valley from the tyrant Tengil. His dangerous missions and daring escapes help inspire the timid Karl to confront his own fears and to play a part in the liberation struggle.

These characters, like many of Lindgren’s other young protagonists, may cause havoc on a small or large scale, but they are never ‘bad’ children. Emil’s mischief stems from adventurousness and curiosity rather than any malicious intent. Like Pippi, he has strong sense of justice and a desire to make the adults around him recognise and understand his perspective. Madicken and Lotta are lively and imaginative little girls learning the ways of the world and making mistakes as they do so. Ronja, Birk and the Lionheart brothers rebel at some personal cost, but also do so on their own terms: Ronja and Birk renounce their fathers’ profession and vow to live honestly, while Jonatan, although aware that he is fighting a war, refuses to kill.

All of Lindgren’s books reflect her belief that children should have the freedom to be themselves and that adults should treat them with respect and understanding, and never with violence. From mischievous pre-schoolers to teenaged freedom-fighters, her characters express and develop their personalities through their strength of character, independence and sense of adventure – even when these things are manifested as mischief!

Marvellous and Mischievous: Literature's Young Rebels is a free, family-friendly exhibition bringing together young rebels from children’s literature. It runs until 1 March 2020. Please note that on Tuesdays (9.30-16.00) and Wednesdays (9.30-13.30) during term time the exhibition is reserved for school groups and not open to the general public.

Posted by European Studies at 10:07 AM