From Bach to Jazz in Rotterdam

A belated ‘Happy Birthday’ to two giants of Dutch literature: Jules Deelder and Maarten ’t Hart. Born within one day of each other, Deelder on 24th and ’t Hart on 25th November 1944, they grew up in or near Rotterdam. Maarten is more of an outdoor man, whilst Deelder is a real city slicker, nicknamed the ‘Night Mayor of Rotterdam’.

At first glance there couldn’t be two more different Dutch authors, but a closer look shows they have a few things in common.

Both published their first work around 1969 and have published a title almost every year for decades.

Both authors are passionate about music: ’t Hart wrote about Johann Sebastian Bach and other classical composers. Deelder wrote about jazz and pop.

Neither of them shuns controversy. Deelder is a performer/poet, who calls himself an ‘aucteur’. His hard-hitting black humour is not for the faint-hearted. He has a totally unique view on day-to-day topics. Maarten ’t Hart has a nickname, too: ‘Maartje ’t Hart’, the feminine version of ‘Maarten’, which refers to his love of wearing dresses.

Maartje/Maarten studied biology and did his PhD on the stickleback, published in a commercial edition as De Stekelbaars (X.329/17493). His breakthrough came in 1978 with a book with a bird in its title: Een Vlucht Regenwulpen (‘A Flight of Curlews’). The book was made into a film, with the lead character played by Jeroen Krabbé. 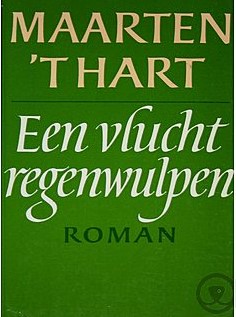 Both are prolific writers as the list on the Digitale Bibliotheek voor de Nederlandse Letteren (DBNL) website shows; there you can find more information on both authors. The British Library holds most titles by both authors, including translations into English. 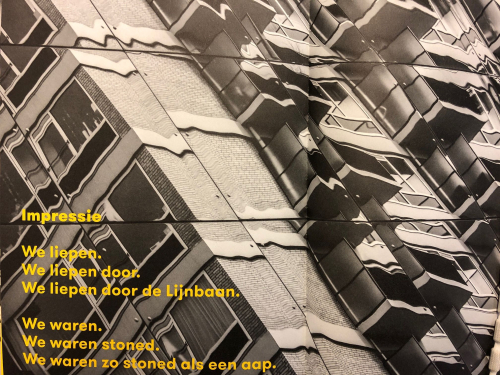 Deelder visited London in 2015 to read from the collection 100 Dutch-language poems, translated into English by Paul Vincent, to which he contributed. 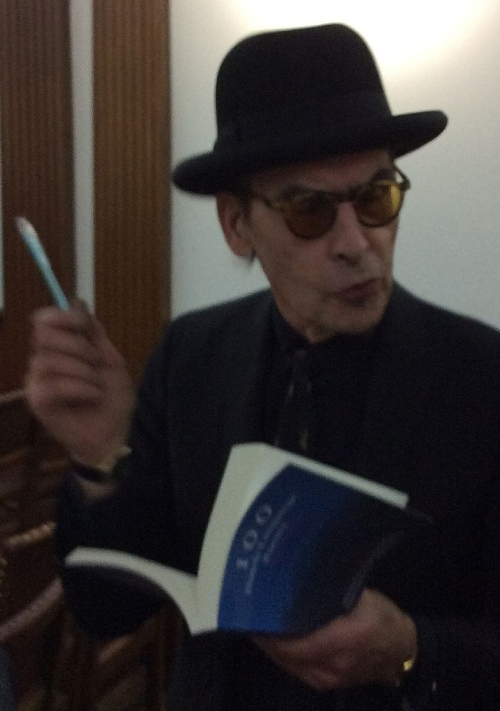 Deelder’s poetry collection Transeuropa, originally published in 1995 has been translated into English by Scott Emblen-Jarrett, a graduate from the Centre of Dutch Studies at UCL. It is out this year.

Deelder’s latest poetry collection is entitled Hard Gin. A distillery in Schiedam, another town under the smoke of Rotterdam and once the centre of gin distilling has developed a related ‘Hard gin.’

Long may both authors live and delight us with their writings.