Theodor Fontane is one of those authors who gives hope to middle-aged would-be novelists who have yet to take up their pens: his first novel, Vor dem Sturm, was not published until he was 59. However, middle-aged would-be novelists should also be warned that, before embarking on the novels for which he is now most famous, Fontane had served a long literary apprenticeship as a poet, critic, journalist and travel writer. In these last capacities, he wrote in some detail about the three visits he made to Britain in the 1840s and 1850s.

Born in the town of Neuruppin in Brandenburg on 30 December 1819, Fontane initially followed his father’s career as a pharmacist, serving an apprenticeship in Berlin where he also began to develop his literary interests. It was during his year of compulsory military service that he was invited to join a friend on a two-week trip to England in the summer of 1844. Thanks to a sympathetic commanding officer, he was able to accept. 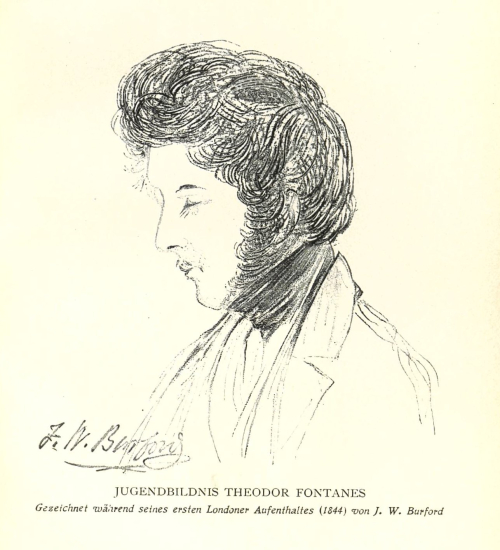 On this first visit to England, Fontane was very much a tourist, making planned visits to the sights of London – a city which impressed him with its size compared with the still relatively provincial Berlin – and going on an excursion to Windsor. However, he also made some more independent trips, including a visit to fellow German pharmacist Hermann Schweitzer in Brighton. Schweitzer apparently promised to look for a possible job in England for Fontane, suggesting that Fontane was interested in settling here, although nothing came of this.

A side-effect of this first visit to England was Fontane’s increased interest in historical ballads, and ballads on English and Scottish themes were among the poems he published in 1851, by which time he had given up his pharmaceutical career to live by his pen. The following year, he returned to London as a correspondent for a Prussian newspaper, with a brief to write about conditions in England. This time he stayed for five months, writing articles on a range of subjects from the streets and sights of London to an election in Brentford, which were later collected into the book Ein Sommer in London. During this stay he again considered making a more permanent home in England, possibly by acquiring his own pharmacy business. However, the only work readily available appeared to be as a German tutor and, after some weeks of dithering about whether or not to seek employment in London, he returned to Berlin. 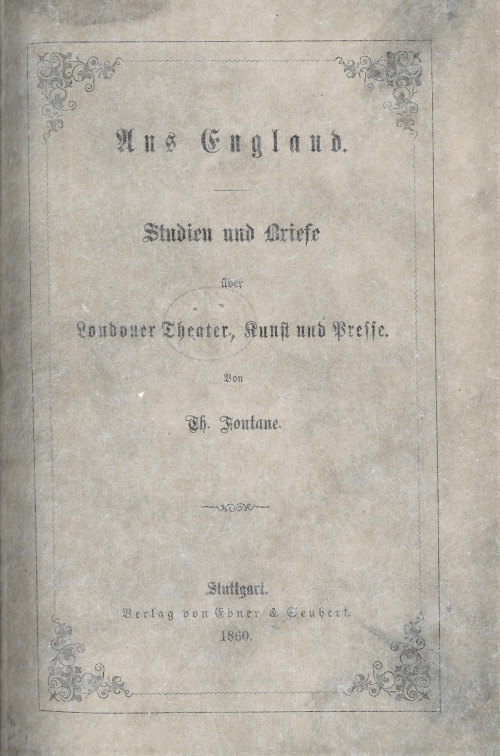 Three years later he returned again on a longer-term basis with a mission from the Prussian Government to promote a more pro-Prussian line in the British press. He remained until 1859, and once again wrote about England for the German press. A selection of this journalism was also later published in book form as Aus England. Unlike the varied and shorter sketches of Ein Sommer in London, this collection focuses in three longer sections on the London theatre, British art and the British press. The second section was inspired by a visit to the 1857 Art Treasures Exhibition in Manchester, and Fontane adds some impressions of Manchester, which he found ‘not quite so dreary a place as it had been described to me in London’, and Liverpool, where he was very impressed by the docks on the River Mersey’s ‘vast expanse of water’.

These excursions are rare exceptions to the usual focus on London and its surroundings in Fontane’s published accounts of Britain. However, in the summer of 1858 he and his friend Bernhard von Lepel set off on a 14-day tour of Scotland which Fontane described in his book Jenseits des Tweed, again compiled from articles originally written for newspapers. Although his anglophilia had become somewhat jaded by the realities of London life, Fontane described himself setting off for Scotland with much of the same excitement that he had felt on first leaving for England 14 years earlier. The travellers fitted a lot into a short time, starting in Edinburgh before travelling on to Inverness, their northernmost stop, via Stirling and Perth. They then travelled down the Caledonian Canal to the West Coast, taking in the Islands of Iona and Staffa before returning to Edinburgh. 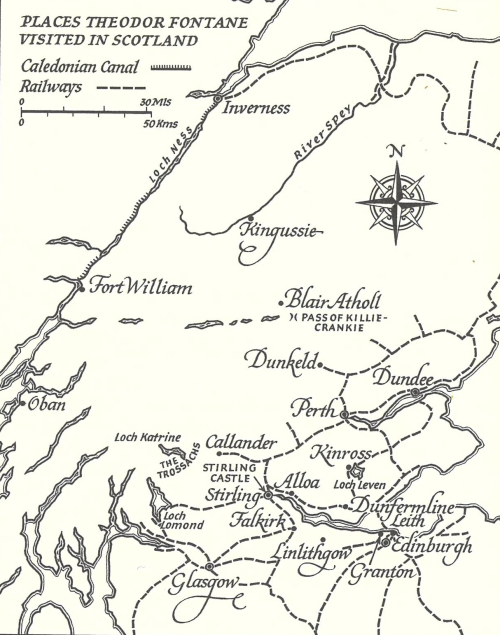 Like many Germans, Fontane’s idea of Scotland had been shaped by the works of Sir Walter Scott, by Shakespeare’s Macbeth, by romantic tales and legends, and by picturesque historical anecdotes, several of which he repeats in his descriptions of the places he and Lepel visited. However, a ‘pilgrimage’ to Scott’s old home at Abbotsford, the final visit on their tour, and perhaps saved until last as a particular treat, left Fontane somewhat underwhelmed. He found the house, preserved as a museum, something of a ‘waxwork show’ without the living writer’s spirit to animate it.

Despite this rather anticlimactic end to the trip, Fontane retained fond memories of Scotland, and his Scottish tour inspired him, on his return to Germany, to start writing similar travel pieces about his native Brandenburg. His Wanderungen durch die Mark Brandenburg ran to five volumes and played a role in the development of his writing style towards that of a novelist. 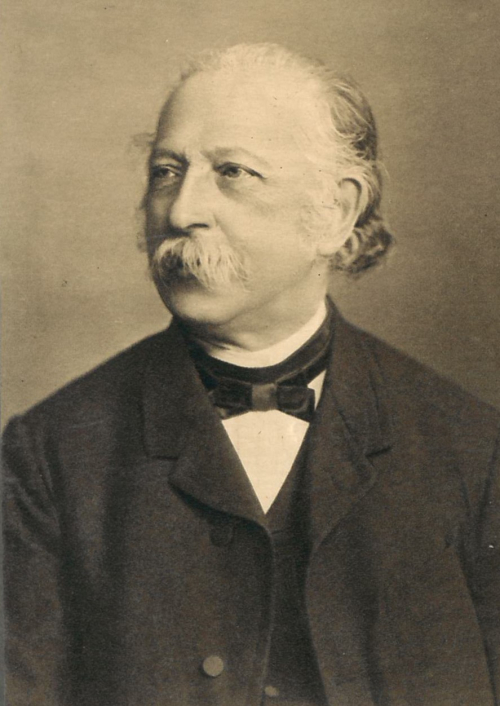 After leaving London in early 1859 Fontane never returned to Britain, but he wrote at least one more piece about Scotland, a poem in response to the Tay Bridge disaster of 1879. Harking back to his love of Shakespeare and Scott, he wrote it in the style of a ballad, framed by three Macbeth-style witches who plot and rejoice in the bridge’s destruction. Sadly, this is less well known in Britain than William McGonagall’s hilariously inept verses on the same theme, but in the year that marks the 140th anniversary of the disaster as well as the bicentenary of Fontane’s birth, it seems an appropriate note on which to end our look at Fontane in Britain.

Posted by European Studies at 12:50 PM