Travels with George Eliot: the Moulin/Moinho/Mühle on the Floss

Last month readers throughout the world were celebrating the 200th anniversary of the birth of Mary Ann Evans – or, as she would later become known, George Eliot. Before her bicentenary year passes, it may be fitting, in view of her cosmopolitan interests and fondness for travel, to see how her works have fared abroad. 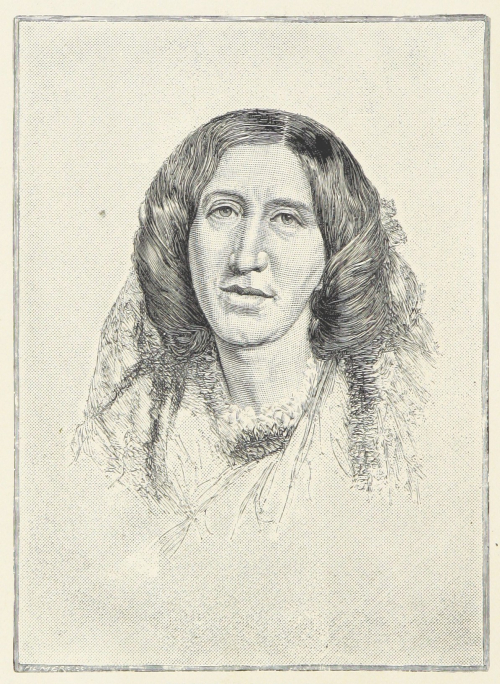 George Eliot in 1865, engraving after the portrait by Sir Frederic William Burton, from The complete poetical works of George Eliot  (New York, 1888) 11612.h.1

Not surprisingly, given Eliot’s lifelong interest in German literature and philosophy, it was not long before her writings were translated into German. Patricia Duncker’s novel Sophie and the Sibyl (London, 2015; Nov.2016/1979) offers a lively account of Eliot’s relations with the firm of Duncker & Humblot (founded by Franz Duncker, an ancestor of the author) which published the German versions of her novels. The first of these to appear was Die Mühle am Floss, translated by Julius Frese (Berlin, 1861; 12633.cc.4), followed by Emil Lehmann’s four-volume translation of Middlemarch (Berlin, 1872-73; 12637.aa.6.). German readers had to wait until after Eliot’s death for Scenes of Clerical Life to come out in their language as Bilder aus dem kirchlichen Leben Englands in a translation by G. Kuhr (Leipzig, 1885; 12604.h.10). 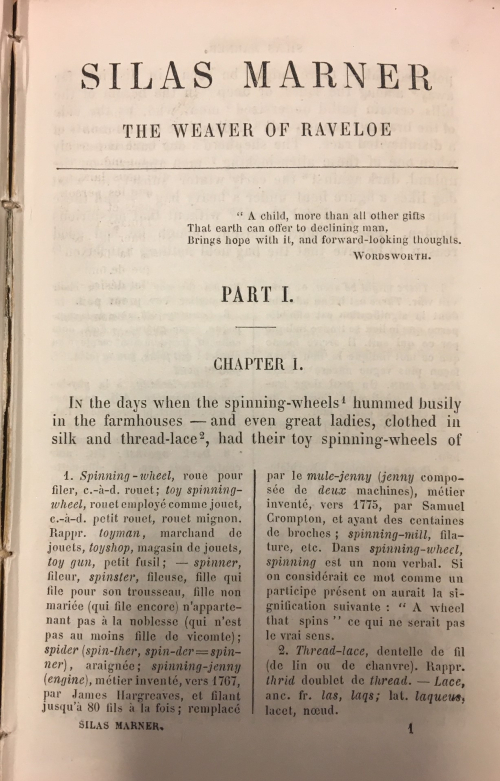 With the exceptions of Romola, Daniel Deronda and the novellas Brother Jacob and The Lifted Veil (the last partly set in Prague, a city which Eliot visited in 1858 and described, somewhat confusingly, as ‘the most splendid city in Germany’), Eliot’s work largely draws on the landscape and society of Warwickshire, the county of her birth. For French readers who wished to become acquainted with her writings in the original English, Hachette brought out, in 1887, an edition of Silas Marner with notes in French and an introduction, also in French, by A. Malfroy which rather disparagingly describes the author’s native landscape as having about it ‘rien de pittoresque ni de grandiose’. Those not deterred by this unenthusiastic appraisal but mystified by the dialect spoken by the people of Raveloe might turn to translations such as those of Scènes de la vie du clergé, made by A. F. d’Albert-Durade, also for Hachette (Paris, 1886; 012547.e.77), in which Janet’s Repentance is transformed into La conversion de Jeanne. The same translator produced a version of Romola the following year (Paris, 1887; 12603.ff.11), but it was not until 1890 that a translator identified only as ‘M.-J. M.’ ventured to tackle the monumental Middlemarch. Étude de la vie de province (Paris, 1890; 12603.f.16). 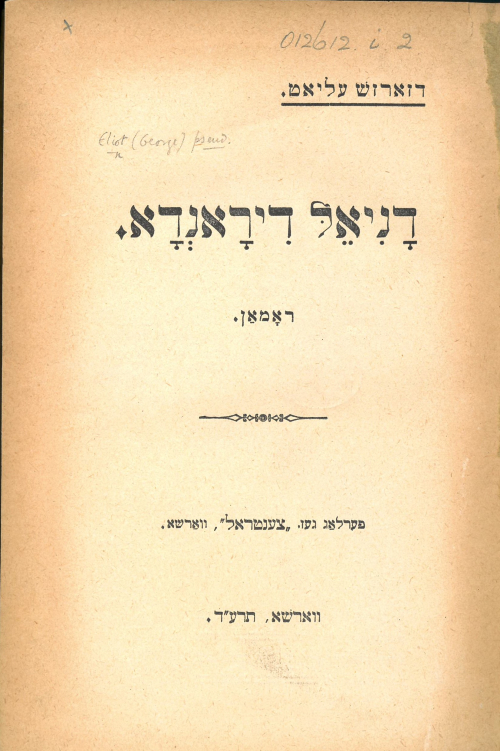 At first sight it might appear that the limited geographical compass of such novels might discourage translators from opening them up to a wider audience, but this is far from being the case. The British Library’s holdings include translations of Eliot’s works into Japanese, Telugu, Estonian, Oriya and Irish, as well as more widely-spoken languages. It is interesting to consider the reasons for a translator to give preference to one particular title and select it as likely to appeal to potential readers within a different culture. A notable example of this is Daniel Deronda, which appeared in translations into Hebrew by David Frishmann (Warsaw, 1893; (B)615.7045) and Yiddish. This is not surprising, despite the unpopularity of the novel’s Jewish plot among Gentile readers, as Eliot’s partner G. H. Lewes writes in a letter of 24 December 1876 to the palaeontologist Richard Owen:

[T]he Jews themselves – from Germany, France, and America, as well as England – have been deeply moved, and have touchingly expressed their gratitude. Learned Rabbis, who alone can appreciate its learning, are most enthusiastic. Is it not psychologically a fact of singular interest that she was never in her life in a Jewish family, at least never in one where Judaism was still a living faith and Jewish customs kept up? Yet the Jews all fancy she must have been brought up among them; and in America it is positively asserted that I am of Jewish origin! 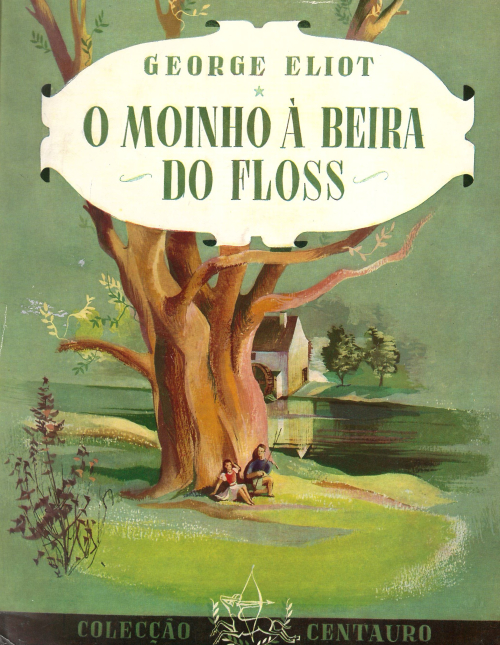 In this, perhaps, lies the key to Eliot’s world-wide popularity among translators. Her empathy with characters from many walks of life and ability to portray them with humanity and vividness enables her to transcend boundaries of language and geography. Moreover, the apparently humdrum nature of the landscapes of some of her novels became quite different when viewed from a different perspective. The Portuguese artist’s impression of the world of The Mill on the Floss in Fernando de Macedo’s translation is just one example of the inspiration which these distant and paradoxically ‘exotic’ scenes provided for illustrators. Similarly, a Dutch translation of Adam Bede by Anna Dorothee Busken Huet contains three plates by Jozef Israëls portraying the figures of Adam, Dinah and Hetty with deep psychological insight. 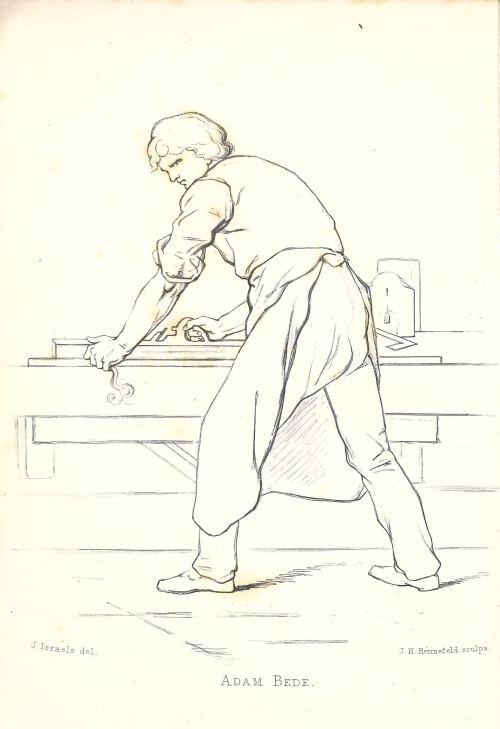 The fact that George Eliot’s writings so quickly found translators testifies to their universal appeal and relevance of the issues which they raise. Whether they are given a voice in Swedish, Hungarian, Czech or Greek, Adam Bede, Silas Marner and Dorothea Brooke are truly citizens of the world and witnesses to the greatness of their creator.