‘How delightful to be a governess’ [not]: Anne Brontë in Translation

Those hard-headed words of Tennyson’s ‘Northern Farmer: New Style’ rang bitterly true in a family where ‘parson’s lass’ was the youngest of four surviving children out of six. The Rev. Patrick Brontë’s daughter Anne, born on 17 January 1820, had no choice but to earn her own living, and a teaching position, whether as a governess or in a school, offered respectability and an income, albeit a modest one. In her first post Anne earned £25 per year. Meagre as the material rewards were, though, her months with the Ingham and Robinson families provided her with others – a fund of experience and a determination to expose the humiliation and exploitation suffered by other women in her situation. 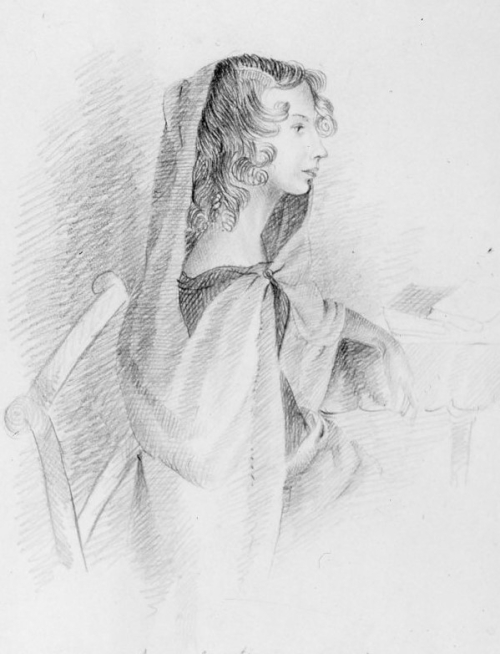 As the youngest of three sisters, plus a scapegrace elder brother, Anne might have been expected to be accustomed to deferring to others and displaying the submissiveness required by her employers. If we are to believe her sister Charlotte’s account of her, she had all these qualities; the picture which Charlotte paints of her in the most delicate pastel tones suggests a muted meekness and piety which nowadays seems dangerously close to mawkishness. Samantha Ellis, in Take Courage: Anne Brontë and the Art of Life (London, 2017; DRT ELD.DS.181944), describes how the taxi driver taking her to Thorp Green, the site of Anne’s second post, was unaware that there was another sister besides Charlotte and Emily.

This state of affairs is reflected to some degree in the British Library’s holdings of translations of Anne Brontë’s two novels and her poetry. Their scantiness contrasts strongly with the numerous versions of Jane Eyre or Emily’s single novel Wuthering Heights, and the fact that the majority of them are 20th-century publications suggests the slow growth of international awareness of her significance. The earliest in the collections is a French translation of Agnes Grey dating from 1859 in which Anne is not even accorded the dignity of a book to herself but shares it with a translation of her elder sister’s Shirley – both novels being attributed to ‘Currer Bell’, Charlotte’s pen-name, while poor ‘Acton Bell’ is completely obscured. 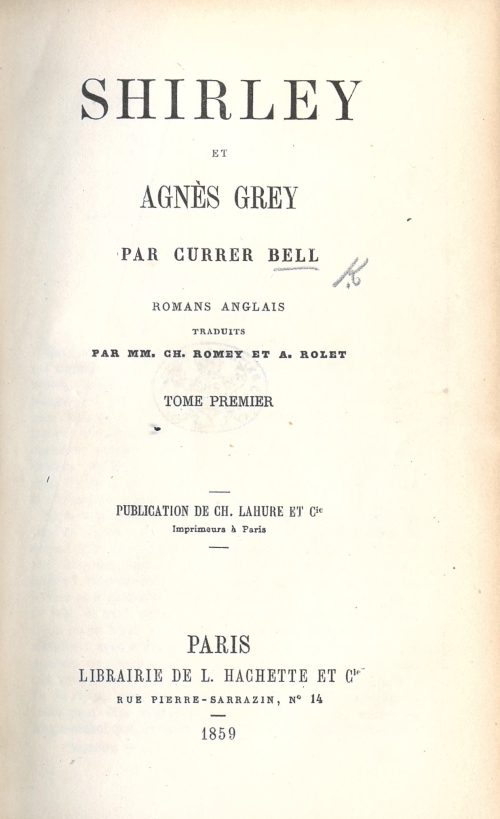 Another French translation, Agnès Grey, was published in 1949. It is easy to see the appeal of this work in a society where the governess was also a familiar figure in middle- and upper-class families, and where, indeed, French was, like music and drawing, one of the obligatory subjects in a curriculum designed to fit eligible young ladies for the marriage market. However, superficial accomplishments did little to enable them to choose wisely, as Agnes’ former pupil Rosalie Murray laments after becoming Lady Ashby, deploring her husband’s ‘carnet de paris, sa table de jeu, ses filles de l’Opéra, sa lady une telle, sa mistress une telle, ses bouteilles de vin et ses verres d’eau-de-vie et de gin!’ In contrast, Agnes, after two miserable experiences as a governess to charges who are spoilt, odious or uncontrollable, returns home to run a successful school with her widowed mother, and makes a happy marriage when independence has rendered her able to make a free choice.

Anne’s other novel, The Tenant of Wildfell Hall, similarly highlights the importance of education in enabling a woman to make a life for herself, escape an abusive marriage and support herself and her children. Helen, its heroine, is at first dazzled by the handsome and wealthy Arthur Huntingdon, and convinces herself that the flaws in his character are due to neglect by his unsatisfactory mother. The marriage rapidly deteriorates through his drinking and mental and physical cruelty, and Helen finally leaves him, taking their child, and adopts a new identity under her late mother’s maiden name. She is able to make a living from painting because she treats it as a serious pursuit, taking lessons to develop her talent (one of the most painful scenes in the novel is that where Arthur burns her work), and becomes a well-regarded (and saleable) artist. Likewise, Agnes Grey’s elder sister Mary develops her artistic gifts and by doing so not only earns a decent living but lifts herself out of the depression which envelops her after the family’s decline into poverty. Nor does this preclude a happy marriage, as we learn when Agnes goes home to help with the preparations for Mary’s wedding to a young clergyman.

The title of this second novel provides some interesting challenges for the translator. In a French translation by Maurice Rancès (Paris, 1937; 12643.a.41) Helen becomes La Dame du Château de Wildfell, suggesting the banks of the Loire rather than rugged Yorkshire, while a 1985 Hungarian translation (YF.2006.a.11670) makes her simply Wildfell asszonya (‘The Lady of Wildfell’). A Russian translation which also includes Agnes Grey makes her Neznakomka iz Uaĭldfell-Kholla (‘The Unknown Lady of Wildfell Hall; wisely, translators have avoided attempts to tackle the name of her residence which produced some bizarre results in the case of Wuthering Heights). This translation appeared in 1990, and also contains her poetry. 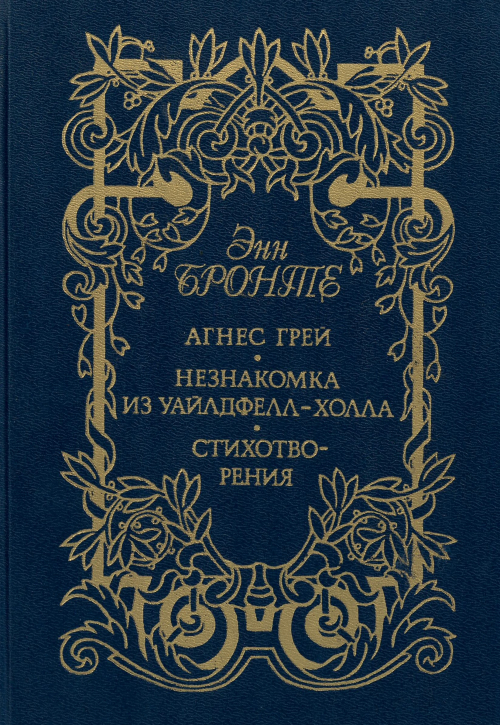 The strangest ‘translation’, though, is one purporting to be a Spanish version of a joint production by Charlotte and Anne Brontë from a German translation of a text never published in English. Adversidad (Barcelona, [1946]; 012643.tt.74.) is the work of one Ricardo Boadella, who in his preface claims that the novel, set during the Napoleonic wars, bears the unmistakeable stamp of the sisters’ admiration for Nelson, their interest in education and their devotion to duty as illustrated by the hero, ‘Rockhingham’ [sic], who becomes a martyr to it. One would like to think that Anne – a far more courageous and spirited character than she is conventionally perceived – would have relished this preposterous pastiche.

Posted by European Studies at 9:57 AM