Children's Tales from Across the Channel (1)

The British Library has just launched its new ‘Discovering Children’s Books’ web pages, a treasure-chest of stories, poems and illustrations from old favourites to modern classics, with plenty to discover along the way. This venture has inspired us here in European Collections to reflect on some favourite and classic children’s books from the collections we curate and the countries we cover. Here’s a first selection. 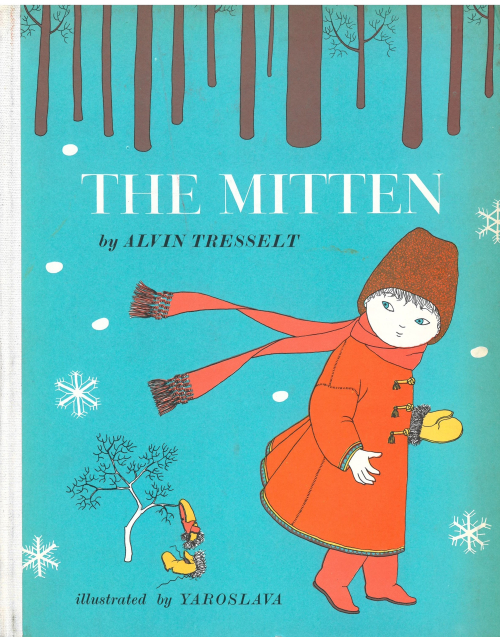 ‘Rukavychka’ (‘The Mitten’) is a much-loved Ukrainian folktale about a lost mitten that stretches and stretches (and stretches!) to provide shelter for an increasing number of woodland animals, ranging from a mouse to a bear. Eventually the mitten bursts and they all tumble out. There are a number of different versions of the story, including a 1964 retelling in English by Alvin Tresselt  with beautiful illustrations by Yaroslava (pictured above), but the overarching message is one of sharing and helping others in need. 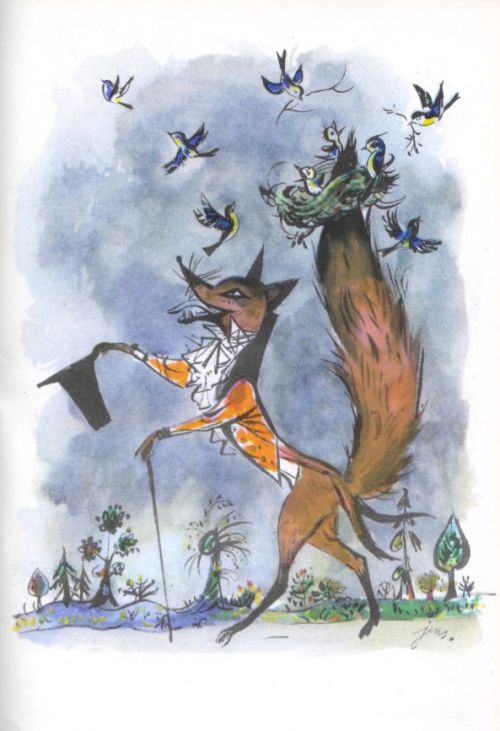 This verse tale by Jan Brzechwa tells the story of a mischievous fox, Vitalis, who is renowned for his beautiful tail and exceptional intellect. Unfortunately, he uses his intelligence again and again to trick other animals for his own benefit. Following an election campaign full of empty promises, Vitalis becomes president of the forest animals. His tyrannical, exploitative rule triggers a revolution, in which the fox’s tail is shaven and Vitalis himself chased away from the forest. And thus a brilliant, but overly arrogant dictator is punished by his subjects – a scenario by no means limited to fairy tales. 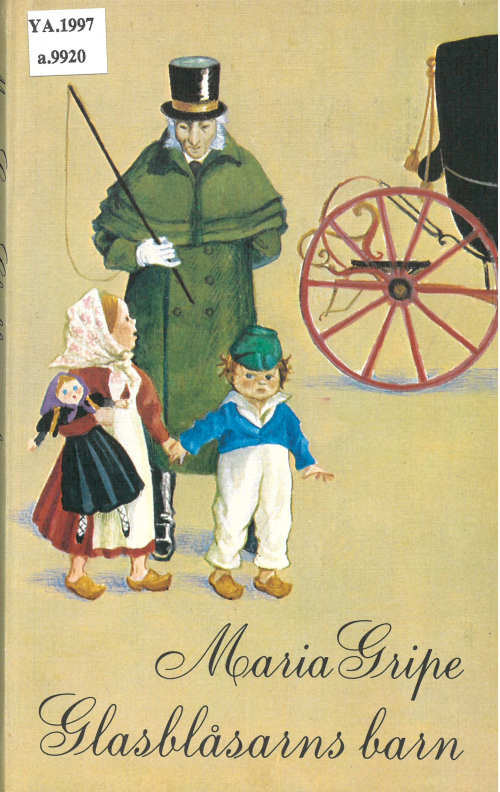 First published in 1964, Glasblåsarns Barn tells how Klas and Klara, children of the brilliant but impoverished glassblower Alfred and his long-suffering wife Sofia, are kidnapped by a nobleman as a gift for his own childless and unhappy wife. But their presence doesn’t make her any happier, and in the great house beyond the River of Forgotten Memories the children are neglected and traumatised. A governess is hired to look after them but turns out to be a monster who makes life unbearable for the whole household. It it takes a benevolent witch from the children’s home village and her wise raven to defeat the awful Nana, restore happiness to the nobleman and his wife, and return Klas and Klara to their parents. Maria Gripe’s story, attractively illustrated by her husband Harald, is funny and moving by turns, a fantasy that asks real-life questions about family life, love and loss, and the nature of human desires. It was translated into English by Sheila La Farge (London, 1974; X.0990/4514) and that was how I came to discover the book as a child in my local public library. 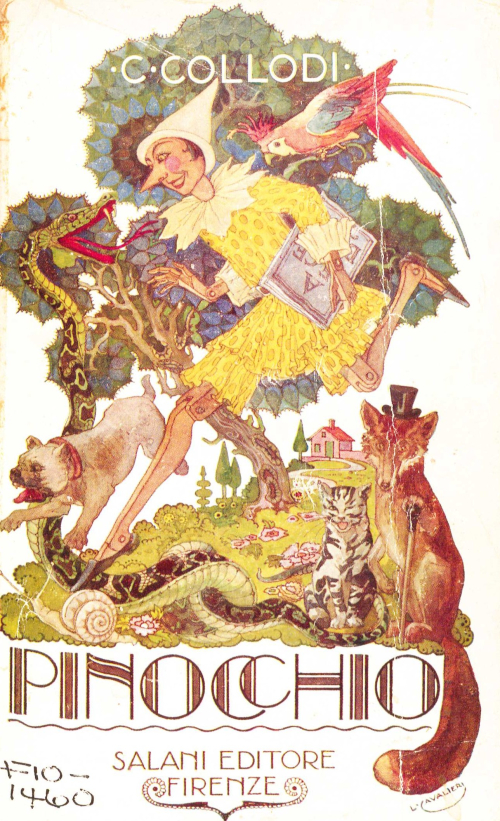 The story of the rebellious wooden marionette who wants to become a real boy is universally known, yet every edition of Pinocchio carries a unique freshness, a special appeal that continues to charm readers across generations. The iconic pointy nose, that grows every time he lies, the cone-shaped hat made of bread crumbs, these are Pinocchio’s most recognizable features across almost 150 years of this popular character.

Over 200 editions of Carlo Collodi’s story, first published in Italian in 1883, are held by the British Library, in virtually every language and dialect, illustrated by famous and lesser-known artists, so it’s been really hard to pick one. I chose the popular 1924 paperback edition, richly illustrated by Maria Augusta and Luigi Cavalieri, because this could be the copy that every average Italian household keeps in its bookshelves. These are the images that children look at before learning how to read.

The book is a bildungsroman telling the adventures and the many metamorphoses of an innocent and ignorant young character, who is granted human nature at the end of the story, as a reward for his efforts and hard work. Quintessentially Italian, Collodi’s book wasn’t my favourite as a child, but I can now see it in all its literary richness, not only as a reminder of the importance of frugality, honesty and education in become young adults. In fact, Pinocchio’s pedagogical value follows the introduction of mandatory education for children in the newly unified Italian Kingdom, but Collodi adds an unruly, almost anarchic edge to his story, making it a global evergreen. 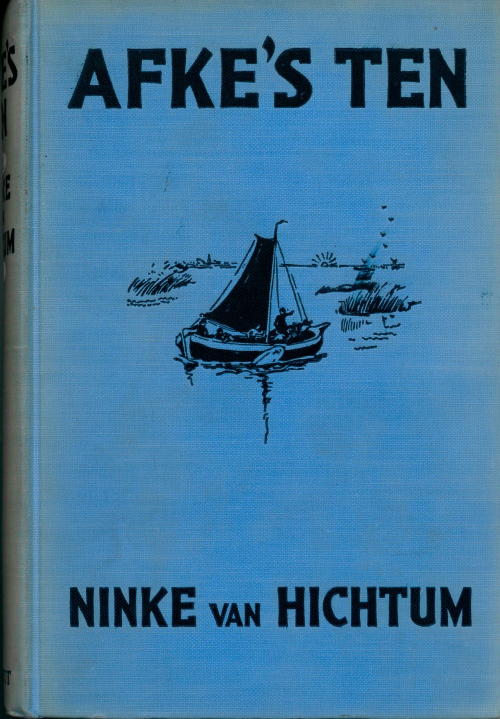 Afke’s tiental is a timeless story about ten children growing up in a poor household in Friesland, the Northern province in the Netherlands where Frisian is spoken. Since its first edition in 1903 it has seen over 60 editions. The author Nynke van Hichtum (pseudonym of Sjoukje Maria Diderika Troelstra-Bokma de Boer) was married to Pieter Jelle Troelstra, the leader of the socialist party in the Netherlands.
The foreword of the first English edition describes it as:

A story of modern child-life in a large, happy Dutch family in a Frisian village, written by a pioneer for better children’s books in the Netherlands, “Afke’s Ten” (Afke’s tiental) is not only considered a juvenile classic in Holland, but has been recognized by the International Bureau of Education in Switzerland as one of the best “international goodwill” stories in the world for boys and girls.

It adds that ‘Mrs Troelstra had already made a name for herself with translations of Robinson Crusoe, Kipling’s ‘White Seal’ and other English stories.’