The Centenary of the Treaty of Trianon

About a century ago, one of the major empires disappeared from the map of Europe. The Austro-Hungarian Monarchy, ruled by the Habsburg dynasty, was the second largest and the third most populous European country of the time. The multi-national empire included most of the lands known today as Central Europe, stretching from the Central Alps to the Eastern Carpathians.

Austria-Hungary suffered defeat in the First World War and disintegrated in its aftermath. For some nations, the end of the Habsburg Empire was a long awaited chance for (re-)gaining independence, for others, namely Austrians and Hungarians, a loss of imperial status. For Hungary it also meant the end of the kingdom in the borders established in the Middle Ages, as two-third of its territory was detached. Although the lost lands were populated mostly by other ethnic groups, some 3 million Hungarians found themselves outside the borders of Hungary, becoming citizens of the neighbouring countries: Czechoslovakia, Romania and Yugoslavia. The Treaty of Trianon, signed in 1920 in one of the palaces of Versailles, sealed the territorial losses and entered the realm of collective memory as a national tragedy. Throughout the interwar period, the Hungarian flags remained at half-mast, children prayed at school for the resurrection of Greater Hungary and the public space became filled with irredentist symbols. 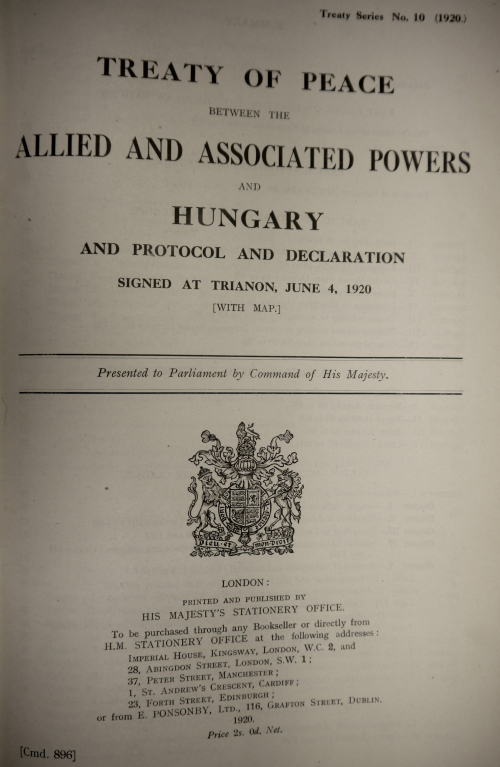 Treaty of Peace between the Allied and Associated Powers and Hungary and protocol and declaration. Signed at Trianon, June 4, 1920 (London 1920), OP-fCmd.896

Apart from diplomatic efforts to revise the decision made in Trianon, Hungary tried to appeal to international public opinion about the perceived injustices. Hungarian societies published books and leaflets distributed abroad, presenting a variety of historical or ethnic arguments for the restoration of the old kingdom. 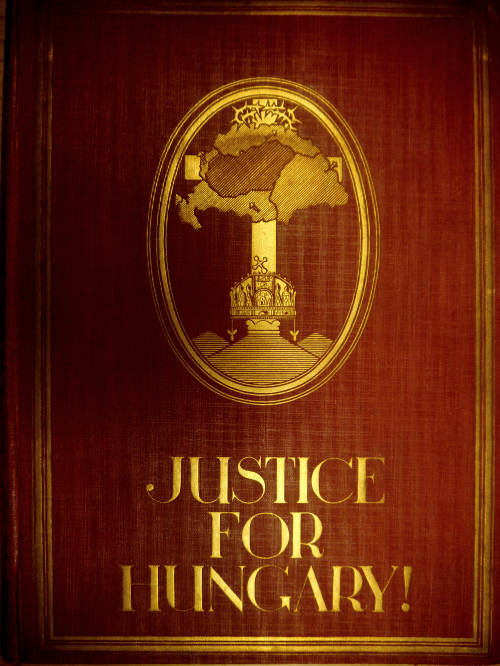 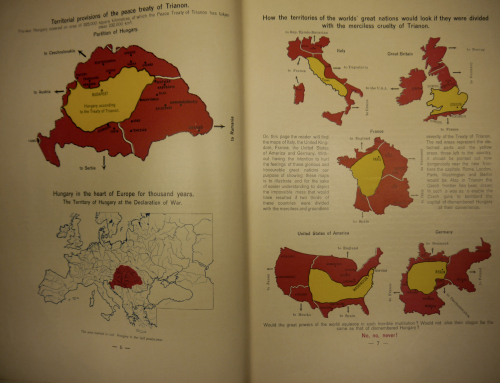 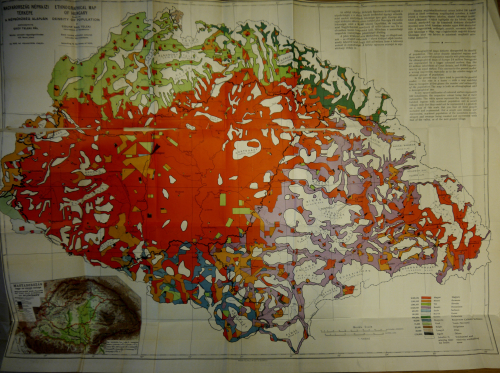 Count Paul Teleki: Ethnographic Map of Hungary. In: Justice for Hungary: Review and Criticism of the Effect of the Treaty of Trianon (London 1928), 08072.dd.44.

Between 1938 and 1941 Hungary recovered about half of the lost territories thanks to the alliance with Nazi Germany, the leading revisionist power of the time. However, after the Second World War the Trianon borders were reinstated and confirmed by the Treaty of Paris in 1947. It led to a widespread disillusionment about the possibility of ever reclaiming the lost lands. Moreover, after the beginning of the communist dictatorship in 1949, the issue of Trianon became a taboo in a heavily censored public space. 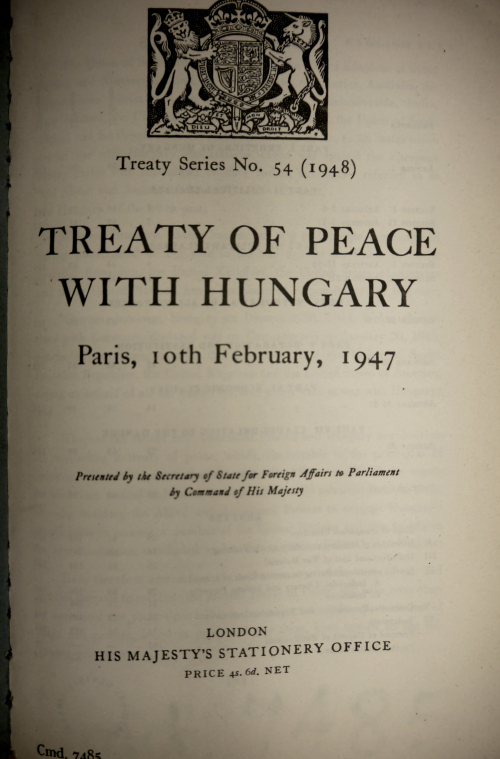 As one of the key events of Hungarian history, the Treaty of Trianon became again a widely discussed topic after the transition to democracy in 1989-1990. All major political parties renounced the idea of territorial revisionism, while the support for the Hungarian minorities in the neighbouring countries has been seen as the only viable way to mitigate the consequences of the Treaty. However, the irredentist slogans or postulates did not disappear entirely. They became part of a nationalist subculture, manifested in songs, stickers, memorials or non-professional historical publications. After 100 years nobody who witnessed the dissolution of the Kingdom of Hungary is alive anymore, nevertheless the sense of grievance still persists and is often nurtured by politicians, particularly on such occasions as the centenary this year.