The return of Miloš Crnjanski to London

Miloš Crnjanski (1893-1977) was a major Serbian avant-garde poet and writer, who lived as an exile in London from 1941 to 1965. Almost 55 years later, Crnjanski’s life and work will be re-examined at a literary event at The British Library on 9 March. 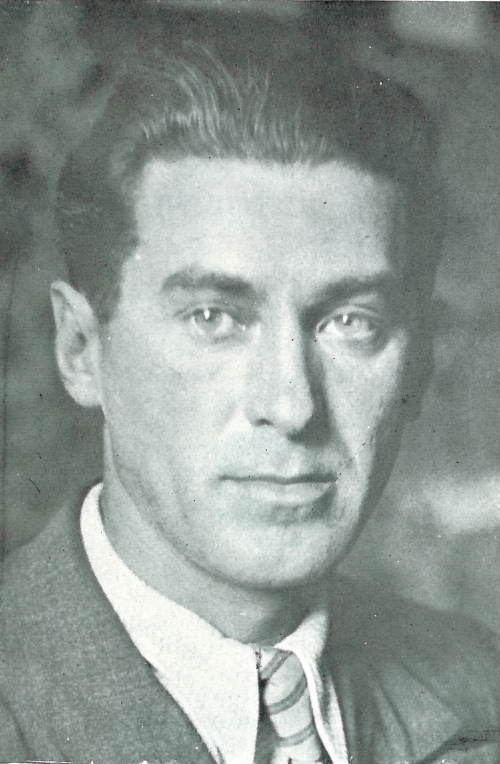 The panel of academics, translators and artists will discuss Crnjanski’s life in London as an exile versus his subsequent life and reception in Belgrade as well as the contemporary relevance of his writing. The panel will also be looking at how we approach Crnjanski today. 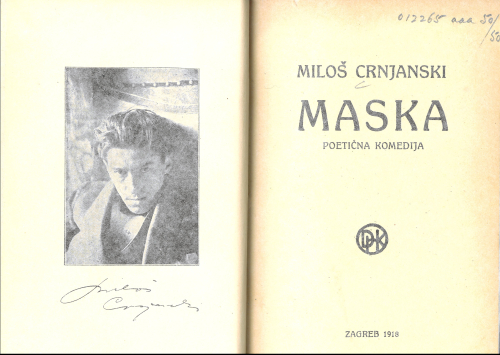 Title page of Crnjanski’s Maska: Poetična komedija (Zagreb, 1918; 012265.aaa.50/50) with the roundel logo ‘DHK’ of Društvo hrvatskih književnika (‘Croatian Writers’ Society’) and a photograph of Crnjanski as a young man with his signature in facsimile.

Human migrations and human destiny in an ever-changing world are the universal topics which occupy the central place in Crnjanski’s prose and poetry. In all of his acclaimed works – Maska (‘Mask’, 1918), Lirika Itake (‘Lyrics of Ithaca’, 1919), Dnevnik o Čarnojeviću (‘Journal of Čarnojević’, 1921), Seobe (‘Migrations’, 1929), Seobe druga knjiga (‘Migrations: part two’, 1962) – Crnjanski’s protagonists are constantly moving to new places in search of a better and more humane world. 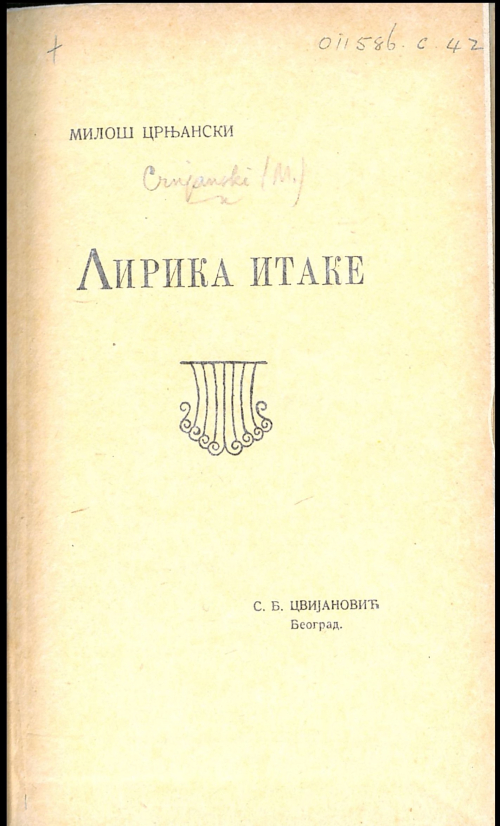 Title page of Lirika Itake. (Belgrade, 1919). 011586.c.42., with an inscription on the cover by S[vetislav] B. Cvijanović, a well-known Belgrade publisher of Crnjanski’s early works.

In addition to literature, Crnjanski was also involved in journalism as a columnist and editor. His political engagement and confrontation with the Left at home subsequently made him persona non grata in communist Yugoslavia and led to his life in exile. In a 1918 letter to the Croatian Writers’ Society, Crnjanski says that while he was at war he learned about the war and the desire to die. That can be said about his life in exile from 1941, which was a deeply unhappy life for Crnjanski as a man, husband and writer. 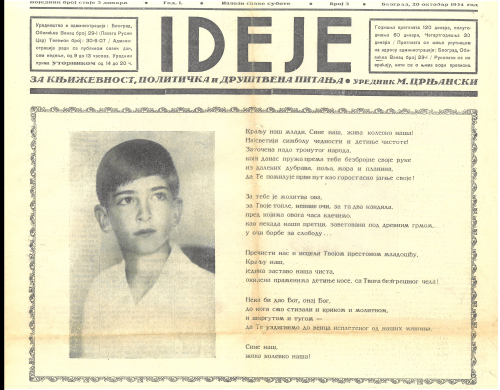 Front page of the 20 October 1934 issue of Ideje: za književnost, politička i društvena pitanja (‘Ideas: literary, political and social journal’; awaiting shelfmark). Crnjanski edited and published this weekly journal in both Cyrillic and Roman scripts from 1934 to 1935. The photograph shows King Peter II of Yugoslavia (1923-1970) who ascended the throne aged 11 following the assassination of his father, King Alexander I, in 1934 and reigned until 1945.

Despite everything, while in London Crnjanski produced several great works of Serbian literature. In his poem Lament nad Beogradom (‘Lament for Belgrade’, 1962) he finally becomes reconciled with the fate of man whose life is nothing “but seadrift, transient, whisperings in China”. 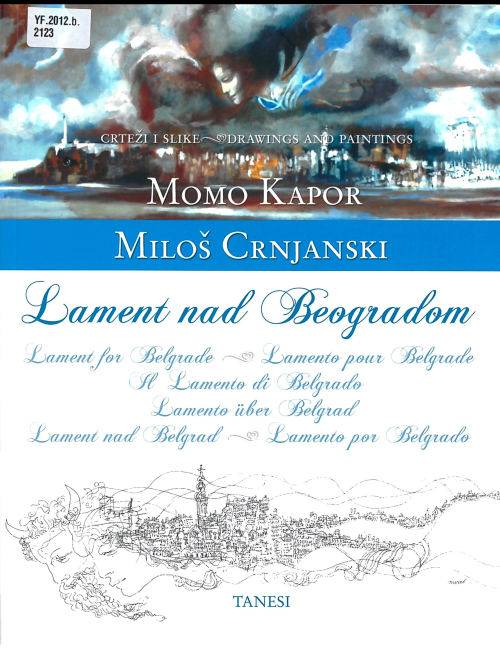 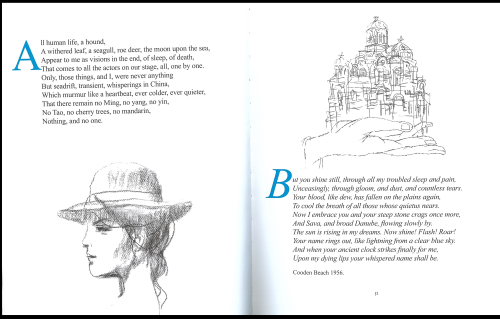 The last two verses of Lament for Belgrade, which Crnjanski penned on Cooden Beach in East Sussex in 1956. Translated by Geoffrey N. W. Locke. Illustrations by Momo Kapor.

Crnjanski’s own life finally had a happy ending. His work was re-evaluated and welcomed back into the canon of Serbian and Yugoslav literature. He was urged to return home and was at last persuaded to do so in 1965. 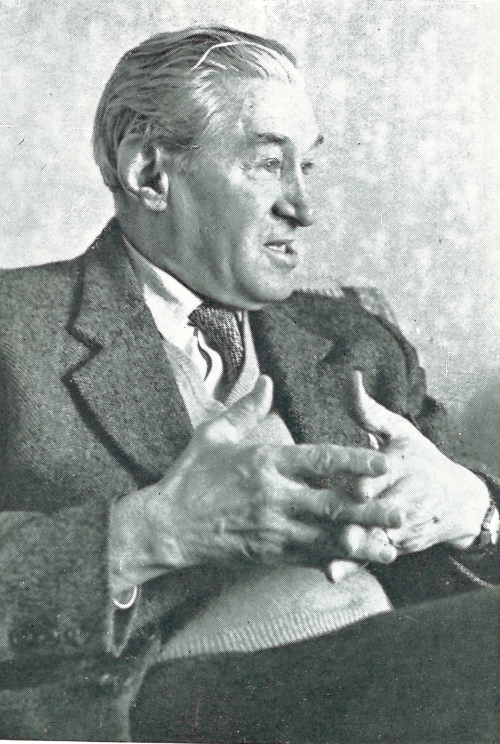 Crnjanski after his return to Belgrade in 1966. Image from Sabrana dela Miloša Crnjanskog.

In his last major novel Roman o Londonu (‘Novel of London’), published in Belgrade in 1971, Crnjanski deals with two chief protagonists. One is a Russian émigré through whom we learn about Crnjanski’s own experiences of a life in exile, and the other is the city of London, in whose suburbs and streets the émigré drama takes place.

After nearly fifty years since the publication in Serbian, Will Firth’s translation is the first translation of this great novel into English. 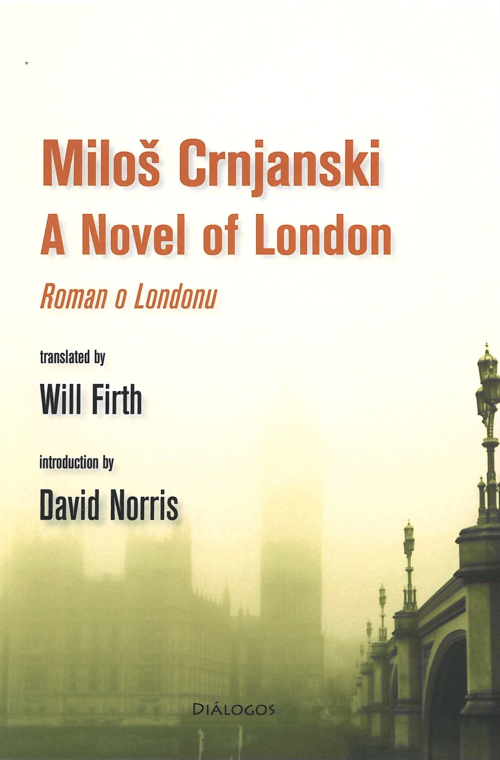