The beginning of the 20th century witnessed a real boom of Cubist art in Prague. As the art historian Miroslav Lamač noted:

Prague became the city of Cubism with Cubist apartment blocks full of Cubist flats furnished with Cubist furniture. The inhabitants could drink coffee from Cubist cups, put flowers in Cubist vases, keep the time on Cubist clocks, light their rooms with Cubist lamps and read books in Cubist type. 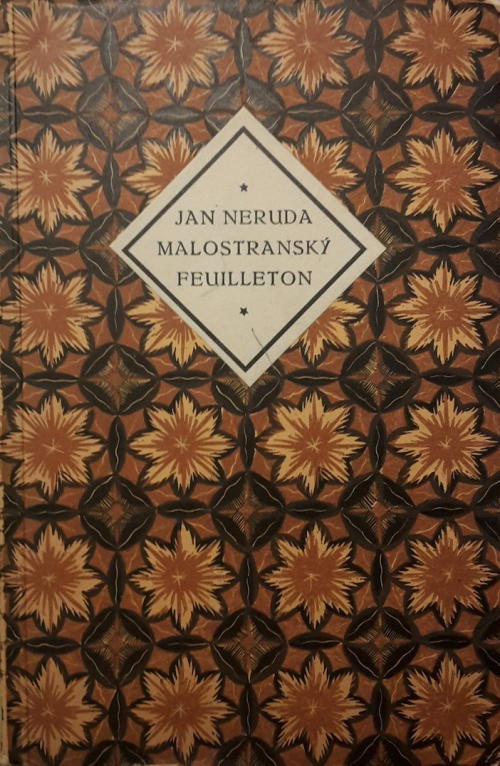 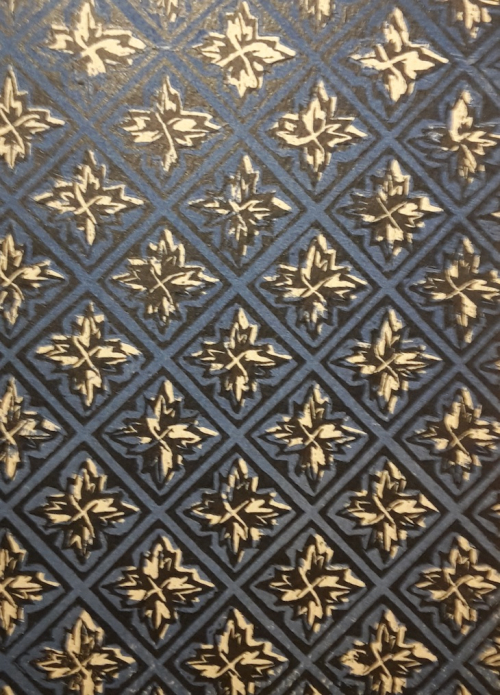 Following the spirit of the times, local designers turned away from the style of Art Nouveau towards modern art based on geometrical ornamentation, known as Czech Cubism or ‘angular style’. They believed that objects, including books, have their own inner energy, which can be released by introducing crystalline shapes and breaking the horizontal and vertical planes of the surface. This went against the traditional book design, which the Cubists found limiting and against “the needs of the human soul”. In their opinion, a book should be treated as a holistic entity – this was to be achieved by restricting the design to a very limited choice of repeatable geometric or floral shapes and grids which, on the one hand, create symmetry, and, on the other, introduce dynamics through broken lines. 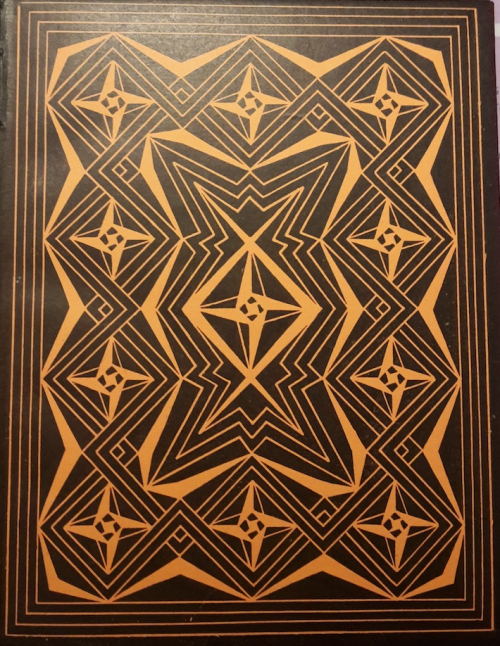 An end had to be put to mass produced books that “looked like paper rags” – that, in a nutshell, was the manifesto of Czech Cubist book designers. The ultimate idea behind the design was to change the mind-set of the Czech middle class which, according to the Cubists, was devoid of any aesthetic sense. In their opinion, not only the content of a book was important; just looking at a book should be a source of immediate visual pleasure. In order to elevate society, they believed that art should be an integral part of the human everyday existence. 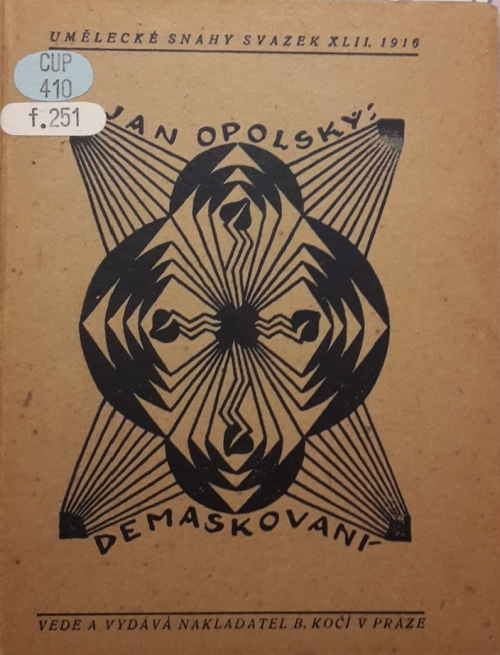