Children’s Tales from Across the Channel (2)

The British Library has just launched its new ‘Discovering Children’s Books’ web pages, a treasure-chest of stories, poems and illustrations from old favourites to modern classics, with plenty to discover along the way. This venture has inspired us here in European Collections to reflect on some favourite and classic children’s books from the collections we curate and the countries we cover. 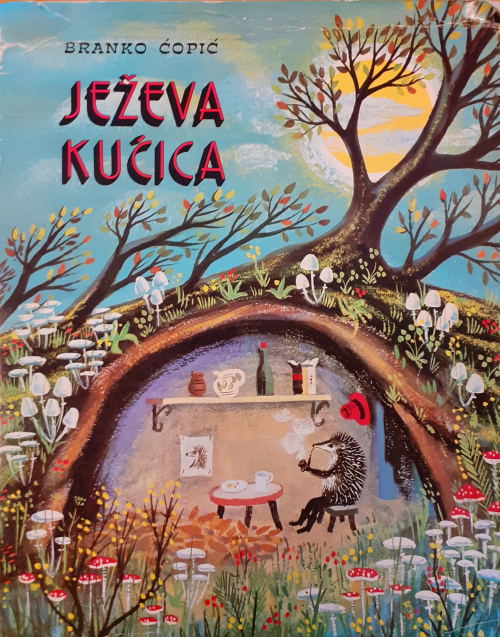 ‘There is no place like home’ and there is no other story that better conveys that message than the Yugoslav fable Ježeva kućica by Branko Ćopić. Ćopić wrote the story in 1949 but the famous picture book came to life in 1957, with illustrations by a well-known Croatian painter and illustrator, Vilko Gliha Selan (1912-1979).

The main protagonist is a hedgehog called Ježurka Ježić, a name cleverly derived from the word jež (hedgehog in both Serbian and Croatian). His English counterpart is Hedgemond the Hunter, as named by S.D. Curtis in Hedgehog’s Home, a relatively recent and first translation into English published by Istros Books (YK.2013.b.3589).

Ježurka Ježić wanders in the woods, hunts and is known by all of the other animals. One day Ježurka receives a letter from Mici the fox inviting him to a party, which he gladly accepts. After what seems like an abundant feast, Mici tries to persuade Ježurka to stay but he is keen to get back to his cosy home. The curious fox decides to follow Ježurka and see what the fuss is about. On her way she picks up the angry wolf, the hungry bear and the greedy wild boar, only to discover that Ježurka’s home is indeed a very humble abode. But for Ježurka his home is his castle, he takes pride in working and defending his precious home. The message of this popular and timeless Yugoslav tale is universal, that of love for what is ours, especially for our home. 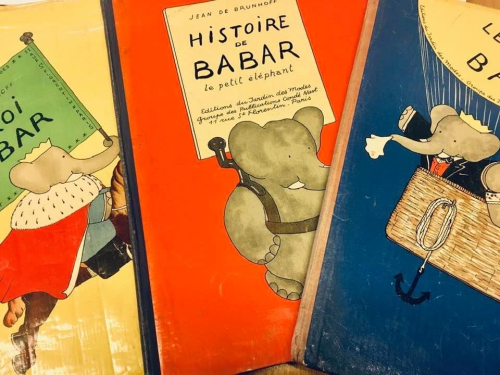 In the summer of 1930, a pianist named Cecile de Brunhoff invented a bedtime story for her two sons about the adventures of a little elephant. The boys liked it so much that they asked their father, the artist Jean de Brunhoff, to illustrate it for them. This led him in 1931 to produce a book published by the Jardin des modes – an avant-garde fashion magazine and publishing house directed by his brother Michel de Brunhoff. It was an immediate success. Histoire de Babar: le petit éléphant (The Story of Babar), was quickly followed by Le voyage de Babar (The Travels of Babar), in the same year, and Le Roi Babar (King Babar) in 1933.

Jean de Brunhoff created four more Babar books, but died of tuberculosis at the age of 37 in 1937. Laurent, who was 12 when his father died, later succeeded him and went on to produce more Babar books. Over the years, Babar has been many things to many people and embodied many of the complexities of children’s literature (accusations of colonialist undertones and of scenes too scary or sad for children have even led to an essay boldly asking “Should we burn Babar?” (Kohl, 2007)) but the stories of Babar, now the subject of exhibitions the world over, are still read by parents and children alike today. 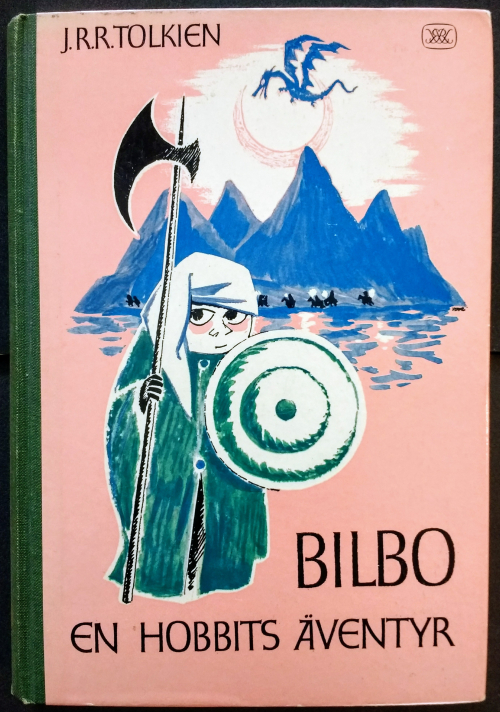 Bending the rules slightly, here is an English classic in its first Swedish translation that the library has just recently acquired. Tolkien’s The Hobbit, or There and Back Again was first published in 1937 to critical acclaim, leading to the demand for the sequels that became The Lord of the Rings. Although revisions were made to subsequent editions of The Hobbit as the fictional universe developed through the later works, the Swedish translation, published in 1962, is based on the original. The library holds some unique archival material from Tolkien, including this Map of Middle Earth. Tolkien’s world was influenced by the sagas and legends of Northern Europe and its own significant contribution to that fantasy tradition is evident in the choice of Tove Jansson, creator of Moomins, as illustrator. Jansson’s wide-eyed, juvenile figures populate Tolkien’s epic mountains and dark forests, an imaginary landscape already so familiar to the artist’s imagination. 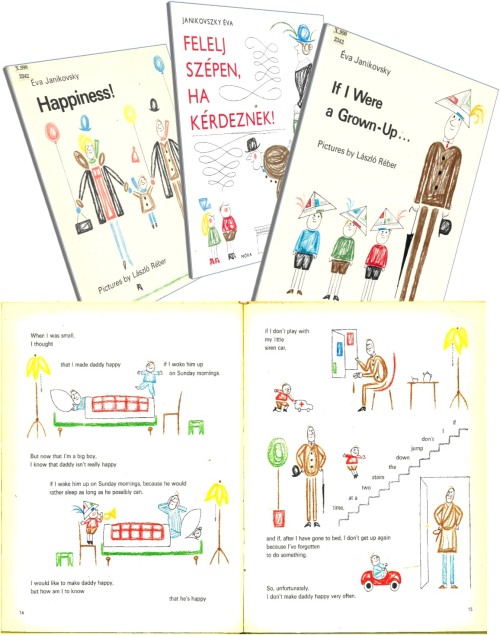 During the 1960s-1980s Hungary's young enjoyed a series of attractive and witty children's books written by Éva Janikovszky (1926-2003). Her typographically chopped-up texts are abundantly interspersed with distinctive illustrations by caricaturist László Réber (1920-2001). The stories tend to revolve around child-adult relationships, voicing the ponderings of a young boy. He proudly shares his reservations and realisations on the weighty issues of life at his age, all with the utmost seriousness. On the one hand, these books were presumably aimed at helping children to navigate the maze of the big world – refreshingly, not in an overly dogmatic way so typical of those times. On the other hand, they also made grown-up readers smile (including hopefully at themselves!), as they were confronted with their own ingrained but not always reasonable behaviours. We hold several of Janikovszky’s books in our collections, in both the original Hungarian and English translation. 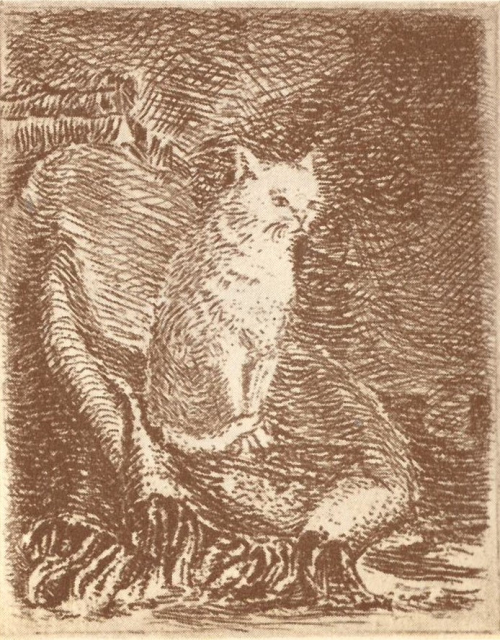 The fairy tale ‘Kakīša dzirnavas’ (‘The Cat’s Mill’) by the Latvian writer and politician Kārlis Skalbe (1879-1945) is firmly part of the Latvian literary canon. This tale of compassion and forgiveness was recently recognised as the nation’s favourite book. It tells the story of a white cat who owns a mill. After spending his money on his daughters’ dowries, the cat falls on hard times and sees his mill being taken over by an evil black cat. Turned away by his daughters, chased by dogs and pelted with sticks and stones by children, the cat finally finds his way to the royal palace where he tells his story to the sick king who “grieved for all that man and beast suffered in the world” and is so compassionate that “skilled court physicians advised him to bind his heart with golden hoops, that it should not tremble so easily at every sigh”. The cat surprises the king by refusing to bear any grudges against his tormentors, teaching him the value of forgiveness. As in traditional fairy tales, order is restored at the end – the cat gets his mill back, the king is cured of his illness and new life begins at the palace.