The French poet, playwright, novelist, designer, filmmaker, visual artist and critic Jean Cocteau is best known for his novels, his stage plays, his films and decorative art, and for having been linked to the major artistic movements of 20th century France. 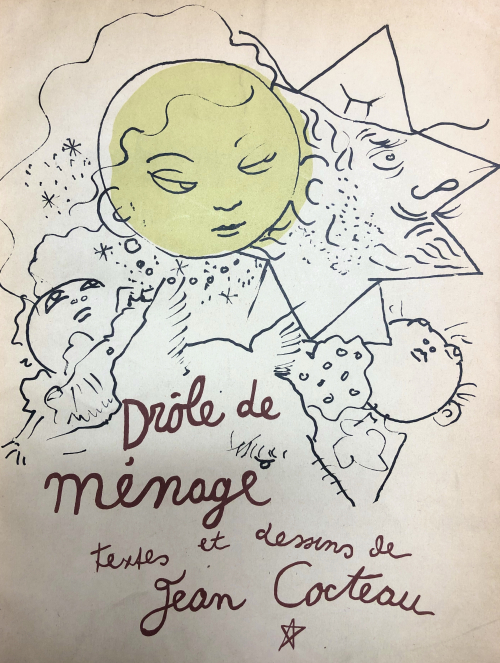 So this book might be surprising: it is the tale of the marriage of the sun and moon and of their children, written ostensibly for children. At the time of publication, in 1948, the theme and images would have strongly resonated, for children and adults alike, with Charles Trenet’s successful 1939 song “Le soleil a rendez-vous avec la lune”, a famous and humoristic metaphor of the impossible relationships between men and women. In Cocteau’s book, however, the Sun and the Moon eventually meet and marry. They have children, but can never find the time to look after them, having to work night and day. They have the idea of entrusting their education to a lazy balloon-seller dog: catastrophe! The children start to behave like dogs, and the experience ends in disaster. After crying a lot, which ruins both the summer holidays and the crops of that year because of the incessant rains, the Moon and the Sun find a wonderful Nanny, a Star, which also acts as a nightlight for the children (who nevertheless regret their wild dog education). 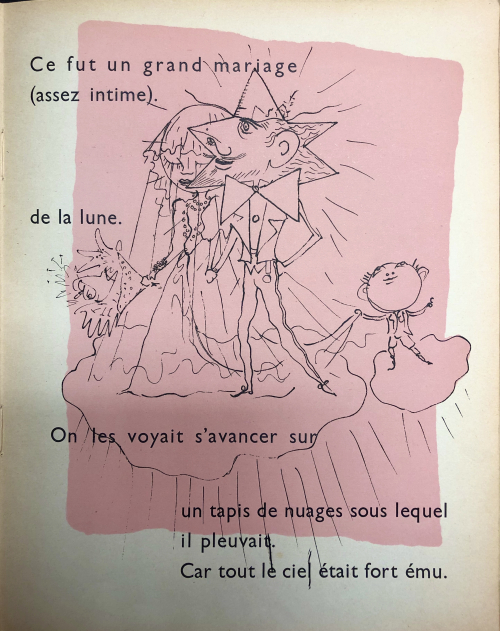 Wedding of the Moon and the Sun, Drôle de Ménage

It is hard to tell to what extent the book was really for children, and really an expression by Cocteau (who considered himself first and foremost a poet) of graphic poetry. Although usually writing for adults, Cocteau has written a lot about lost children, and the trappings of parenthood and education – from the Enfants Terribles in 1929 to Les Parents Terribles in 1948, turned into a film and a play in 1948. The book, printed in 2720 copies, is illustrated all over by whimsical, and sometimes scary (the blood-red image of a child, knife in hand, being taught by a dog how to kill chickens, stays with you) drawings by Cocteau, and coloured on each page by a big block of colour. In the “dedicace a nos jeunes lecteurs” (address to our young readers) Cocteau seems to play with his own artistic work: “Autre chose: si les couleurs de notre livre vous déplaisent, prenez vos crayons de couleurs et ne vous gênez pas” (“and another thing: if the colours of our book are not to your liking, take your colour pencils and don’t restrain yourself”). 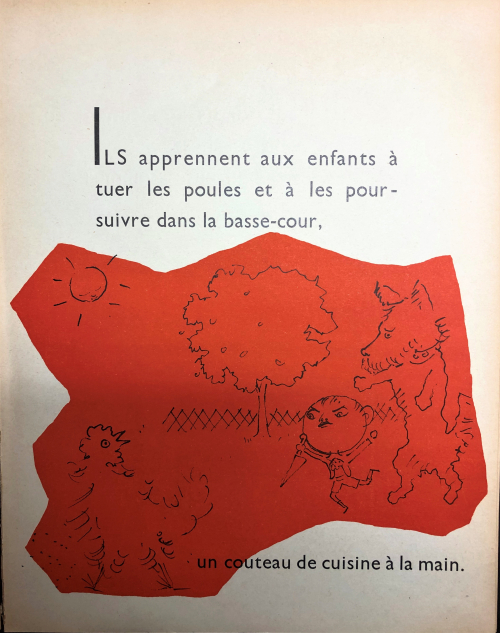 Illustration of a child, knife in hand, being taught by a dog how to kill chickens, Drôle de Ménage

Cocteau’s a-conventional take on the story, however, might lie in the colours: the book ends on the ambivalent image of the severe Nanny-Star holding the hands of quiet, but now sad, children – the only image coloured in grey. 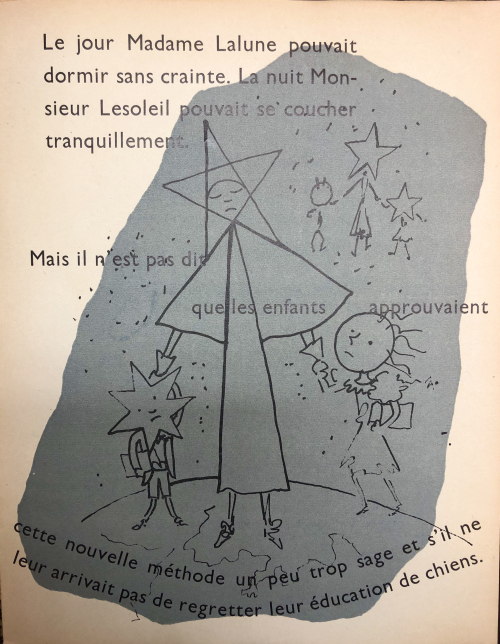