Kashubia, where is it?

It is believed that during the early medieval period Slavonic tribes settled on the southern shores of the Baltic Sea and named the territory Kashubia, part of a larger region, Pomerania. Over the centuries Pomerania was predominantly under German or Polish rule. Originally, the Kashubs populated the area between the lower Oder to the west and lower Vistula to the east. Once the only inhabitants and rulers of this land, in the 14th century they became one of its ethnic components. As a result of German colonisation and the Christianisation of West Pomerania, the Kashubs became second-class citizens and were later subject to Germanisation. Consequently, the ethnic Kashubian population was shifted to East Pomerania which, with its capital town Gdańsk (Danzig), was affiliated to the Kingdom of Poland. However, in the 14th century it came under the control of the Teutonic Knights for over 150 years. 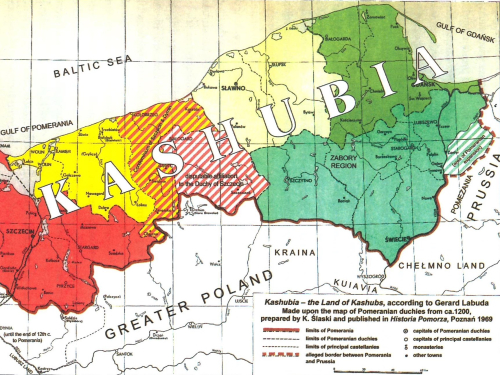 A significant number of the Kashubian nobility identified themselves with Poland because of their active involvement in the country’s politics. Some were even granted the positions of Polish senators and governors. Nonetheless, they attempted to preserve their distinctive culture within the Commonwealth. 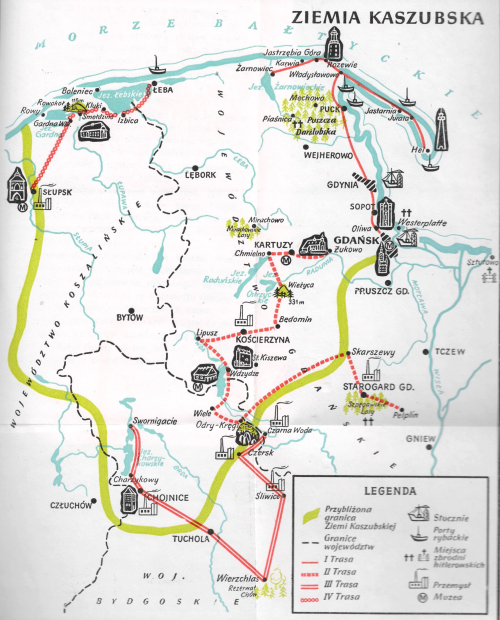 The Commonwealth ceased to exist as an independent country following its partitions between Russia, Prussia and Austria at the end of the 18th century. In consequence, the lands of East Pomerania, part of Royal Prussia, were seized by the King of Prussia, who had ruled in West Pomerania since the 17th century. Thus, all Pomerania came to be part of the Kingdom of Prussia. Protestantism became the official religion and played a crucial role in the Germanisation of the native Kashubian and Polish populations. Frederick the Great regarded Pomerania as a recruiting base for the Prussian army. For this purpose he established the Corps of Cadets in Stolp (Słupsk) in 1769 to train sons of the Kashubian nobility together with other Pomeranians. The school was also instrumental in the process of Germanisation.

The economic and social reforms in the 19th century carried out in Pomerania by the Prussian authorities had a negative impact on Kashubian identity. The reforms favoured the local Germans, and only those Kashubs who gave in to Germanisation were granted privileges. The national awakening came in the mid-19th century with the activities of an ardent advocate for the Kashubian cause, Florian Ceynowa. He is the author of the first grammar book of the Kashubian language Xążeczka dlo Kaszebov (Gdansk, 1850; 4410.g.54(2)) and editor of the first journal in Kashubian, Skorb Kaszëbskoslovjnskje movë (‘Treasure of the Kashubian-Slavonic language’; Svjecè, 1866-68; 12304.g.32) 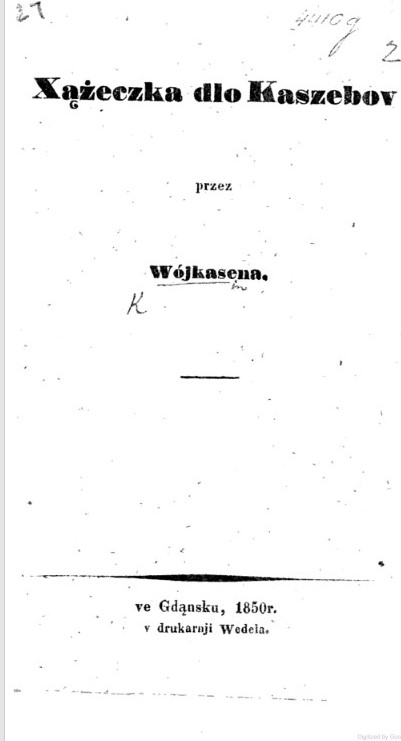 After the First World War, the major part of Kashubia was incorporated into the newly-created Polish Republic. However, the Polish authorities treated the local population with suspicion as to their nationality. During the Second World War, the Kashubs were subject to the extermination policy of the German State. Many were killed, some deported to concentration camps, and others resettled. Further suffering was imposed by the Red Army in 1945 since soldiers could not distinguish Kashubians from Germans.

The sad plight of the surviving Kashubian population continued in post-war Poland. The authorities suspected them of having pro-German sentiments and only tolerated them for the cultivation of folk art. The political thaw of 1956 led to the foundation of the Kashubian Association, but its activities were soon to be curtailed as the communist regime gathered strength again. Despite the authorities’ hostile attitude, the Kashubs preserved their culture and ethnic uniqueness until the fall of communism in 1989. Since then they have been free to cultivate their cultural identity. In 2005, Kashubian was recognised as a regional language, and in some communities it is the second official language. According to the 2011 census, 233,000 people in Poland declared their identity as Kashubian. 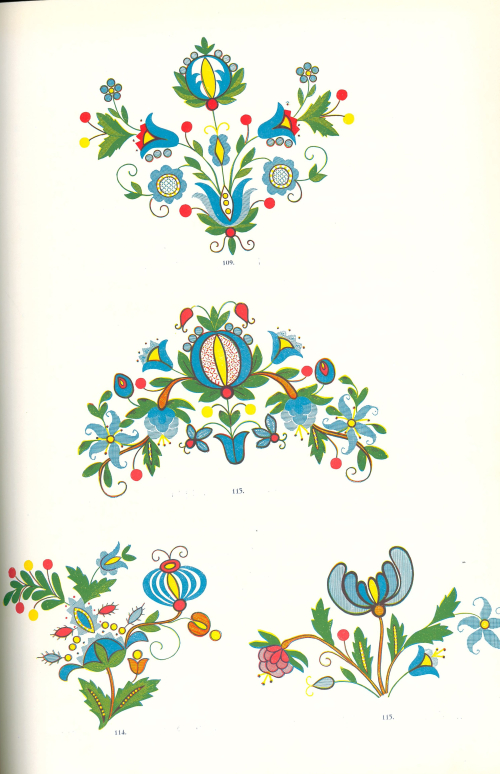 Among notable Kashubs are Günter Grass, the Nobel Prize-winning German author of Kashubian descent, and Donald Tusk, Prime Minister of Poland (2007-2014) and President of the European Council (2014-2019).