It is difficult to believe now that the concept of childhood as a special time in human development emerged only during the 17th and 18th centuries, when the Enlightenment began to shape thinking about politics, society and the world in general. It emerged through the educational theories of the philosopher John Locke. By the beginning of the 19th century books for and about children started to be published. 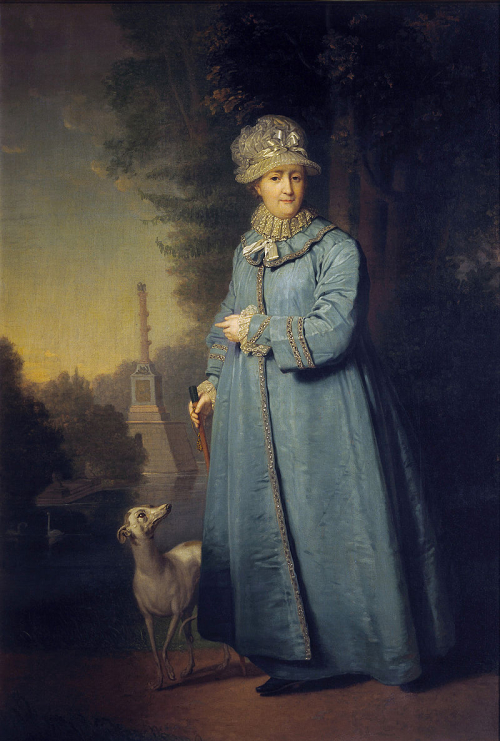 Russia was no exception. The first books for children were written by Empress Catherine the Great. Having no trust in her son and heir Paul, she put a lot of effort into raising her elder grandsons, so that they could follow in her footsteps in governing the country. Having missed almost all the joys of motherhood (which was not an exceptional situation for noble women of that time, though Catherine’s case was complicated by her job as Empress), she compensated by trying to be a caring granny. Catherine chose the names of the first two grandsons. She called them Alexander and Konstantin – names that had not been in use within the Romanov lineage – explicitly alluding to Alexander the Great and Constantine the Great.

The royal granny also selected nurses and teachers, and liked spending time playing with the boys, especially Alexander, whom she considered a more suitable heir to the throne than her son Paul. However, most interestingly, she wrote books for her grandchildren, which we can now call the first books in Russian written specially for children. 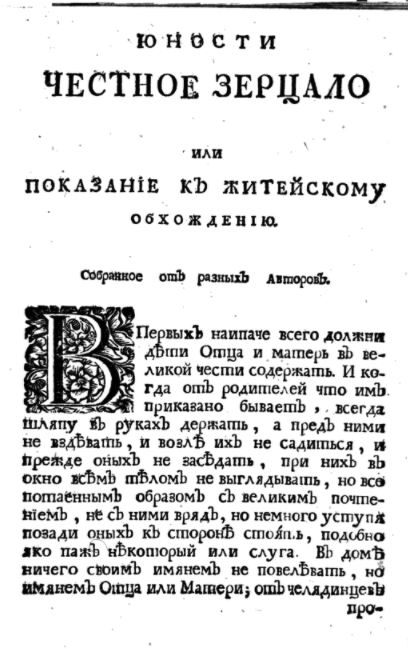 Babushkina azbuka (‘The Granny’s Primer’) is strictly speaking a collection of moral rules that continued Peter the Great’s initiative of prescribing good manners to young people – Iunosti chestnoe zertsalo (‘The Honourable Mirror for Youth’, 1717). However, if The Honourable Mirror for Youth is more of a courtesy book focusing on etiquette, The Granny’s Primer talks about ethical issues, promoting the values that had been advanced by the Enlightenment. For example, she stated that people had very little difference by their nature, but differed in their relation to knowledge. The British Library has a copy of a contemporary edition (2004; YF.2004.b.1620), but if you would like to see a couple of sample pages of the original manuscript held at the Russian State Archive of Ancient Documents, you can visit the site (in Russian) created for the 400th anniversary of the establishment of the Romanov dynasty in Muscovy. 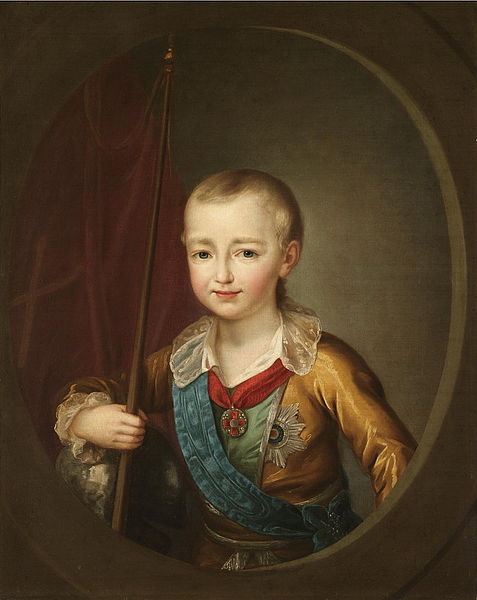 Portrait of Alexander I, Catherine the Great's grandson, as a child. After Dmitrii Levitskii. Wikimedia Commons.

As much as she could, Catherine also tried to be entertaining and therefore wrote two tales about young princes – Khlor and Fevei – which were supposed to give children examples of good moral choices and behaviour. In one tale Tsarevitch Khlor, who is described as a child of exceptional beauty, is sent on a quest to find a rose without thorns that stings not. The beautiful child completes the task helped by his friend Reason, and using Honesty and Truth as their crutches.

Prince Fevei was also created by Catherine the Great as a role model for a child reader. The author removes all the traditional fairy-tale elements by setting the story in Siberia, suggesting that the reason for the tsarina’s recovery was medical care rather than miracle, and by testing the main character by giving him mundane tasks. The story of Fevei’s early childhood shows how by the end of the 18th century it became a subject of concern, value and appreciation. The baby’s nurse selected by his parents was a sensible widow, who “could distinguish whether a child cried out of need, illness, or self-will”. They didn’t swaddle him or wrap him up, didn’t cradle him or shake him, but fed him decently and on time. The child began to amuse himself with toys and selected those which gave him knowledge. While the baby was not yet able to speak, he was capable of explaining himself. Moreover, in her story, the Empress advocated for vaccination by mentioning that the prince was vaccinated with smallpox at the age of three. 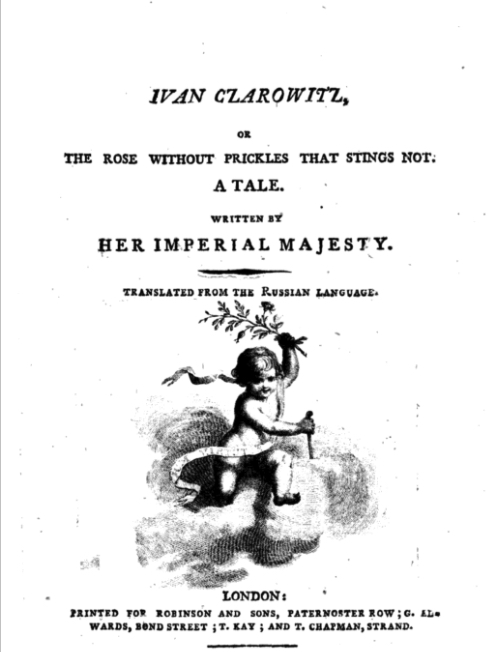 Both tales were turned into operas and successfully performed in theatres (the British Library holds two librettos: shelfmarks 1343.h.12 and 1343.h.10), and the tale of prince Khlor was translated into English just a few years after its publication in Russia, in 1793, and is now freely available online.

And like the Royal Granny Catherine the Great, we will end our blog like this: “Here the story ends, and who knows better, let him tell another”.