Did this librarian chop up a piano? Is this reader hitting the bottle? No, they are just holding Czech books in their hands.

Modern Czech book designers can challenge our way of thinking on what a book should look like and leave us puzzled as to why it was designed that way. Take for example a book that looks like a hip- flask — Trosečnikem z vlastni vůle, a Czech translation of Naufragé Volontaire by Alain Bombard, who became famous for crossing the Atlantic on a drifting boat. He did it alone without taking any provisions with him, assuming that the sea would provide him with enough food and drink to survive. The enterprise was inspired by a shipwreck whose forty-three victims were found dead a few hours after the ship sank, even though all of them were wearing lifejackets. As a doctor, Bombard wanted to prove that many of the shipwreck victims did not die of hunger or thirst, but of fear. His journey lasted for 65 days; he lost 25 kilograms and suffered from a visual impairment, but he made it to the end. It is not clear why Jan Sobota, the designer of the binding, decided to give Bombard’s book the shape of a bottle. It could be an allusion to the freshly-squeezed fish juice which constituted Bombard’s only drink for more than two months, or rather to how great it would feel to drink a bottle of anything else…

Our next item, the autobiography of a pianist, Rudolf Firkušný (1912-1994), is styled after a piano. The binding incorporates an actual piano keyboard applied to the front cover. Touching the book gives the same sensation as laying one’s hand on a musical instrument. The text of the book is printed as a facsimile of a manuscript on hand-made paper with unevenly cut edges, giving the reader the sense of reading Firkušný’s original memoir, and then reprinted in a regular font on later pages. 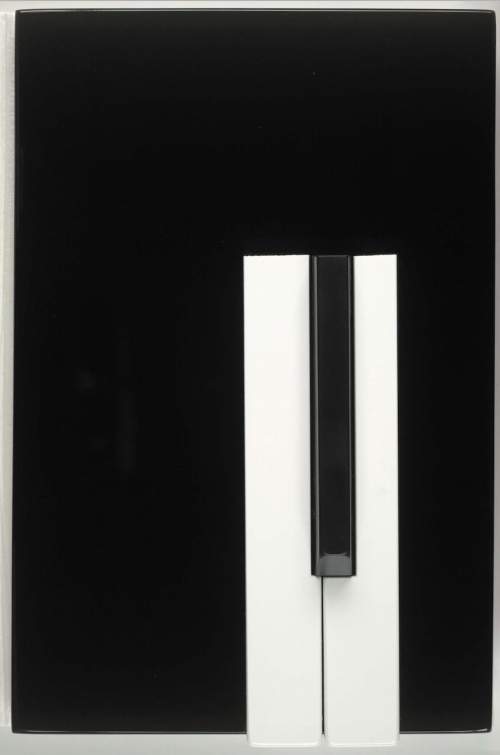 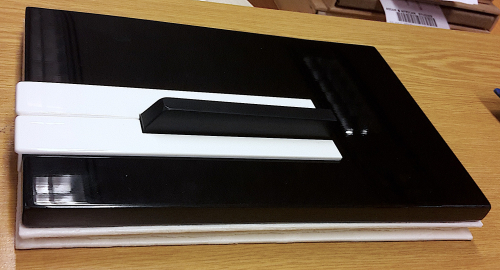 Besides books that can be mistaken for something else, we also have a few examples of bindings that involve the inclusion of another object. For example, the cover of Z motáků by Jan Kristofori incorporates a fountain pen and barbed wire (Kristofori was a graphic artist who spent seven years in prison for political reasons). 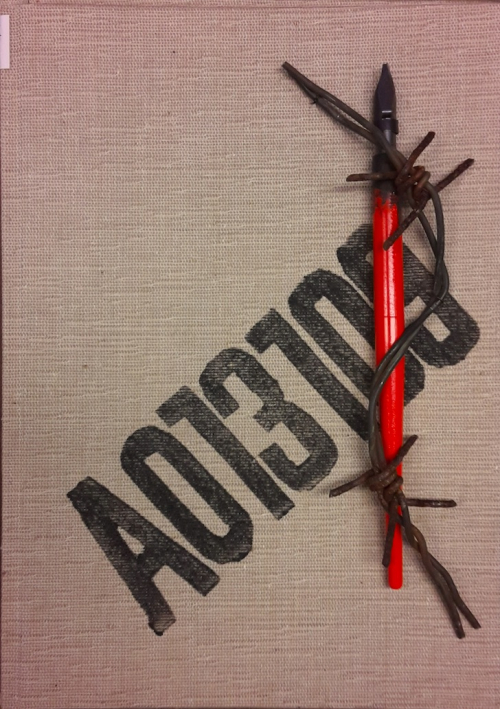 And here is Co je nesmrtelné aneb živé drahokamy, an autobiography of František Kožík (1909-1997), a Czech novelist. The cover is decorated with a hand-painted ribbon, an element of Czech folk costume. 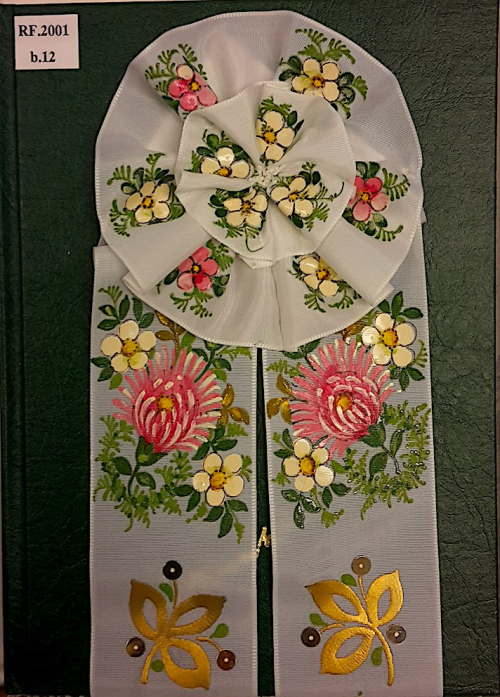 And last but not least, a book that can be broken into two books. When you borrow Malovat slunce by Petr Nikl, it comes in one piece. But in order to read it, you need to dismantle what the library assistant gave you: you remove the blue paper ribbon (this requires some manual dexterity) and suddenly, instead of one volume of poetry, you have two of them – a small semi-circular booklet and a larger book. The latter provides you with a very interesting reading experience, as you read a book with a massive hole in the middle through which you can peep at your fellow readers. To learn more about the bottle-shaped book, read: https://blogs.bl.uk/untoldlives/2017/06/one-green-bottle-jan-sobotas-book-binding.html